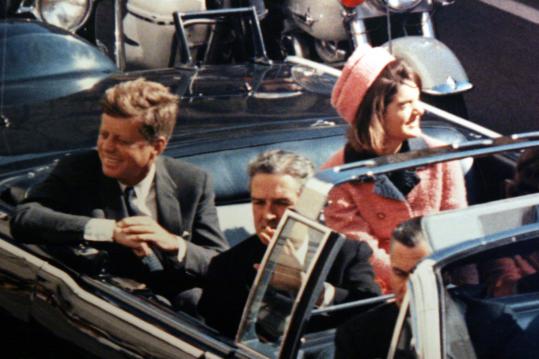 On the last Sunday of November 1963, the Dallas Cowboys took the field at Cleveland Memorial Stadium in Ohio. The atmosphere did not resemble that of any other National Football League game played before, and quite possibly of any played since. Uneasy silence had sedated the crowds. American flags, which a few days earlier had flown high above the turf, fluttered at half-mast. Spectators and players wished that the away team had remained in Dallas. The Cowboys, not yet “America’s Team,” was looked upon with the hatred reserved for its hometown, the “City of Hate.”

Two days before the first quarter was called, in the “City of Hate,” the President of the United States had been shot dead.

As the nation commemorates the 50th anniversary of the assassination of John F. Kennedy on November 22, Dallas once again comes to grip with the darkest moment of its nearly 175-year history. The horror of that November afternoon no longer hangs over the city’s identity as it once did. A conscience effort, five decades in the making, has sought to rebrand Dallas as the city of hate as a city of remembrance.

“It was pretty horrible back then. The whole world rained down on Dallas,” Hugh Aynesworth, a former Dallas Morning News reporter who covered the assassination and the subsequent Jack Ruby trial, told The Politic. “When Oswald was killed, the whole world said ‘What in the world is going on in Dallas? What are they doing?’”

Aynesworth was a beat reporter for aviation and space programs. He was answering phone calls in a quiet, nearly-empty newsroom before leaving the office to join the crowds awaiting the Kennedy motorcade. Standing “real close” to the Texas Schoolbook Depository where Lee Harvey Oswald lurked on the sixth floor, Aynesworth heard three gunshots before he started interviewing witnesses, one of whom had seen Oswald through the window and described him almost perfectly. Aynesworth was also present at Oswald’s arrest later that day.

Aynesworth recalls the atmosphere in Dallas following the Kennedy assassination. He also remembers the toxic city politics that had emerged and culminated in that fateful afternoon.

Shortly before the 1960 presidential election, for example, then-U.S. Senator Lyndon B. Johnson and his wife were accosted and spat on in front of a historic Dallas hotel, a scheme engineered by a Dallas Republican serving in Congress. Shortly after that incident, the U.S. Ambassador Adlai Stevenson was also spat on and assaulted on the head during a protest condemning the United Nations. Fears of communism and nuclear war permeated much of the political climate in Dallas and drove some of the city’s most wealthy citizens to kickstart their own anti-communist — and distinctly anti-Kennedy — campaigns.

Editorials published by the Morning News fueled much of the city’s hostility and anti-Kennedy politics. Day after day, new opinion pieces attacked Kennedy’s Camelot and accused the president of harboring communist sympathies. The editorial mudslinging was “embarrassing for us reporters,” Aynesworth said. Dallas residents who did not necessarily share the harsh, propagated views felt increasingly alienated by the political discourse.

Many of these people, ashamed of the city’s notoriety, organized to tear down the Texas Schoolbook Depository to purge this physical reminder from the landscape of the city. Only then, they argued, could the city move forward. Slapdash efforts to preserve the Depository for its historical significance kept the building standing. Even so, as Stephen Fagin, Associate Curator for the Sixth Floor Museum, told The Politic, it was not until 1977 that the Dallas County administration “stepped up” and declared the building a historical site. The Depository was converted into a city administrative building until plans for The Sixth Floor Museum came to the fore.

“There was a grassroots effort to acknowledge the assassination through an exhibition that would not embarrass Dallas,” Fagin said. “The assassination will always be a part of the city’s history. Essentially, Dallas has come to grips with this past.”

Dallas’ acceptance of her history is only half the story. The city also had to convince the country that she represented more than toxic politics. Only with time did the negative perceptions abate. The rising popularity and success of the Dallas Cowboys, as well as the hit TV show “Dallas” — which remains one of the longest lasting full-hour prime time dramas in television history — partly account for the gradual return to favor. Many newcomers also moved to Dallas in subsequent decades, helping to alter the city’s identity.

To commemorate the fiftieth anniversary, Dallas will host a number of programs to showcase the impact of the assassination on the city’s morale. The Sixth Floor Museum, for example, invites a different speaker every a month to tell his or her story. Guests have included a juror in the Jack Ruby trial and residents who met Air Force One at Dallas’ Love Field on the morning of the assassination and witnessed the shooting. The Living History Series will continue through 2014 to accommodate public interest.

Back in January of this year, the Morning News began running stories in the Sunday paper, a few times each month, covering the assassination and its aftermath. The project, known as JFK 50, aims to show readers, in the words of Tom Huang, one of the heads for the project and Sunday & Enterprise editor, “how far the city has come and whether there are any residual feelings of guilt.”

The Morning News also established jfk50.com, a website which features written narratives and filmed testimonials of people who lived in Dallas at the time of the assassination. “The community videos have surprised me in terms of how emotional they are,” Huang told The Politic. “To see people actually crying or breaking down fifty years later just tells me how traumatic an event it was for them and just how huge the event was in their lives.”

The memorial service, planned for November 22, 2013, exactly fifty years to date, Dealey Plaza, the historic downtown location where Kennedy was shot, will include a moment of silence, a ceremonial flyover, and special readings of Kennedy’s presidential speeches by historian David McCullough. Mayor Mike Rawlings will attend, along with religious leaders and the 73-member U.S. Naval Academy Men’s Glee Club.

These special events and newspaper articles represent a conscious city-wide effort to transcend its former self. To demonstrate its commitment to fighting the incendiary politics, the Morning News recently published an editorial, “Our Apologies.” The editorial board condemned the protests surrounding Stevenson’s visit in 1963 and concluded with a call to its readers to leave behind Kennedy-era hatred. “The President of the United States will be here in November,” the editorial read.  “We trust he will be welcomed and accorded the respect and dignity that go with the office he represents.” President Obama’s brief visit to Dallas on November 6, a trip in part conceived to pressure Governor Rick Perry to expand the state’s medicaid program, went off without a glitch.

Roger Staubach recalled the weeks in the aftermath of Kennedy assassination.

In 1962, Staubach had thrown for two touchdowns and ran for two more as a Navy Midshipman in their annual battle with Army. President Kennedy had sought out his fellow Navy man – Kennedy had served in the Navy during World War II – in the locker room after the game and congratulated him. The next year’s Army-Navy game was scheduled for November 30, but was postponed for a week due to the assassination. Navy won the game by stopping Army on the four-yard line on the last play of the fourth quarter. Staubach won the Heisman Trophy that year, but his scheduled appearance on the cover of Life Magazine was scrapped in favor of a picture of the fallen president.

Today Roger Staubach is one of Dallas’ most prominent civic leaders. His team and his city are respected and cherished. Five decades of soul searching after that a frigid Sunday in late November 1963 – when the Cowboys stared up at stadium full of bitterness and heartbreak – their city may finally be redeemed.