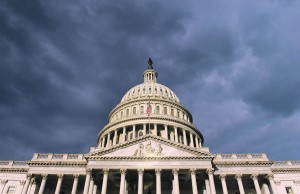 The U.S. House of Representatives voted Tuesday to raise the debt ceiling until March, 2015. Twenty eight Republicans voted yes and the final tally was 221 to 201. Now the Senate will vote on the measure before sending the bill to President Obama to sign.

Which is all news that you shouldn’t need to know.

But earlier today it was the Huffington Post’s lead story. It’s front and center on the New York Times‘s website and it’s posted on the BBC’s homepage. Which is unfortunate because a raise in the debt ceiling shouldn’t be headline news.

So don’t pay attention to it. Don’t click on an article about it. Scroll past those headlines and find what happened today that is important or worth your time. Here’s what I’d click on.

Read those. Read the Politic. But don’t indulge the media in what has become a silly debt ceiling circus.