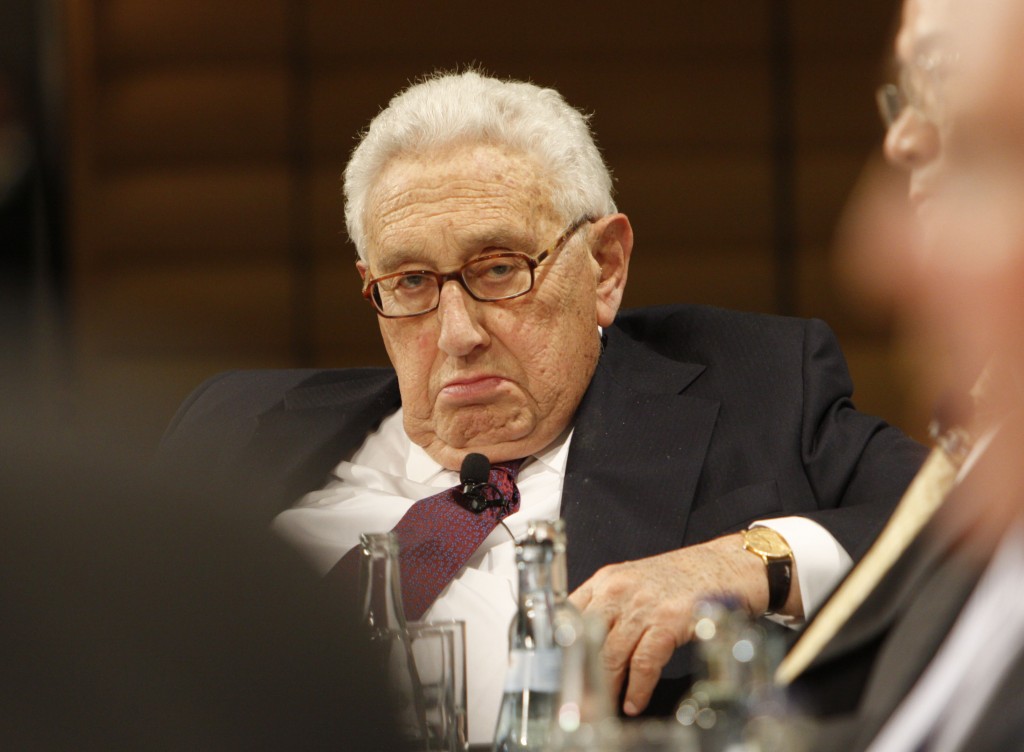 After a long week of studying, a select group of Yalies began their weekend by eagerly returning to the lecture hall. On Friday, Henry Kissinger addressed a crowd of several hundred students and professors at an invite-only event. Among attendees were students of Grand Strategy, EP&E, and Global Affairs. President Peter Salovey introduced Kissinger as a scholar who “requires no introduction.” Nonetheless, Salovey listed the most notable of Kissinger’s achievments: Secretary of State, National Security Advisor, and recipient of the Nobel Peace Prize and the Presidential Medal of Freedom.

The theme of the event was “Europe at a Crossroads: the Future of Europe and its Role in the International System,” but Kissinger took the opportunity to expound on statecraft and decision-making in general. Students leaned in to hear each word of Kissinger’s slow and deliberate statements. Donald Kagan, President Levin, and dozens of other professors listened intently, eyes fixed on the preeminent statesman. John Gaddis, Yale’s Pulitzer Prize winning author and Grand Strategy professor, respected Kissinger’s insights on American foreign policy as nearly unquestionable law. When Kissinger asked if Gaddis agreed with a point he had made about the Cold War, Gaddis nodded. Turning to the audience, Gaddis gestured towards Kissinger and remarked, “What else could I say?” The crowd chuckled.

Adam Tooze, Director of International Security Studies at Yale, was also on stage with Gaddis. Together, the two engaged Kissinger in a discussion on foreign affairs. To share Kissinger’s comments with the broader Yale community, The Politic has transcribed and provided appropriate context for Kissinger’s most memorable remarks.

On values, morality, and realpolitik:

On the Cold War: 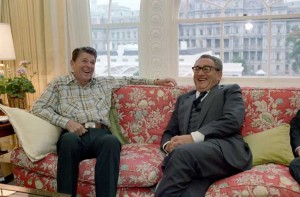 At the reception after the event, a hundred Yalies crowded around Kissinger requesting pictures, autographs, or even just a handshake. President Salovey and other prominent figures within the Yale community were clearly a second favorite to the former Secretary of State. Kissinger took to the attention kindly and interacted with students for over an hour.