Trouble Returns to the Falkland Islands 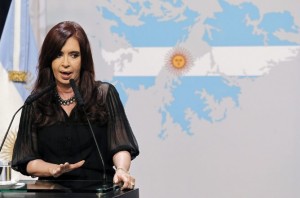 On April 2, 2012, the thirtieth anniversary of the Falklands Wars, Argentina renewed calls for dialogue with Britain over the sovereignty of the Falkland (Malvinas) islands. After fighting a ten-week war in 1982, the debate remains a sore point in the diplomatic relationship of the two nations. As the question of the islands comes to the forefront of international political discourse once more, Argentina counts on the support of a new actor poised to change the face of Latin American politics: the Union of South American Nations.

Since its formation in 2008, the Union of South American Nations, or UNASUR, as it is known colloquially, has emerged as a powerful player in hemispheric affairs. Modeled after the European Union, UNASUR is an intergovernmental body representing all twelve South American countries. Through the unification of two customs unions, the Southern Common Market (MERCOSUR) and the Andean Community of Nations (CAN), the formation of UNASUR represents a leap forward in a process of regional integration. Towards integration beyond UNASUR’s commissions and committees, the presidents of all member nations meet every year and foreign ministers meet every six months in order to coordinate policy initiatives.

Earlier this year, Argentina’s president Cristina Fernández de Kirchner called for renewed talks over the sovereignty of the Falklands before the United Nations Special Committee on Decolonization. UNASUR immediately released a public declaration of support. The declaration, signed by all twelve member states, condemned the British military presence on the islands. The then Secretary-General of UNASUR, María Emma Mejía Vélez, presented the declaration to the Secretary-General of the United Nations, Ban Ki-moon, and urged the United Nations to encourage dialogue between Argentina and Britain in accordance with past resolutions promoting international negotiations.

Although the declaration may serve as a largely symbolic gesture, UNASUR has also taken concrete action to back up its demands. In an unprecedented move of solidarity, the nations of MERCOSUR agreed to close their ports to any ships flying the flag of the Falklands. The agreement, which promises to adopt a policy to restrict the entrance of ships from the disputed territories “in conformity with international law and respective domestic legislation,” deals a blow to the economic prospects of the islands.

The Falklands lie about 300 miles off the coast of Argentina and have a combined area smaller than the state of Connecticut. Due to their diminutive size and remote location, they rely heavily on their ability to land ships at South American ports for trade. Without access to the harbors of MERCOSUR nations, the closest available port is Cape Town, South Africa, nearly 4,000 miles away.

In accordance with the policy, ships flying the flags of other countries would still be allowed to travel between MERCOSUR ports and the Falklands. At the same time, Uruguay took an even stricter stance by restricting all port access to ships from the British navy en route to the islands. The actions of Uruguay, MERCOSUR and UNASUR in solidarity with Argentina herald a new step in the creation of a unified South American political and economic bloc.

Although the actions of UNASUR in 2012 with relation to the Falklands dispute are unique in that they mark a turning point for South America on an international stage, the idea of regional integration is by no means a new phenomenon in Latin America. Since the early 1800s, at the founding of independent republics in Latin America, there has been extensive discourse on the virtues and drawbacks of unification.

The most prominent advocate of regional integration, Simón Bolívar, a hero of the movement for liberation from Spanish colonial rule, worked to create a superstate called La Gran Colombia. Although this union encompassing the territories of current-day Colombia, Venezuela, Panama, Ecuador and northern parts of Brazil and Peru was short lived, it left a profound mark on the Latin American collective imagination.

Since Bolívar’s attempts to foster inter-American cooperation, further actions have been taken intermittently, most notably through the formation of the Organization of American States. The “First International Conference of American States” in 1889 marks the origins of an international organization of the Americas. As stipulated under Chapter VIII on Regional Arrangements of the Charter of the United Nations, the OAS acts as a regional representative body for the Americas. At the same time, with the increasing political presence of UNASUR, one must ask, what role will the OAS play in South America?

Assessing the position of the OAS, Professor Susan Stokes, John S. Saden Professor of Political Science and director of the Yale Program on Democracy, contends that “it would be hard to point to moments where the OAS has changed the course of history in the region,” but nevertheless, “it’s useful to have.” It has undoubtedly served as a vehicle for coordination, but at least within South America, the OAS no longer holds a monopoly on regional representation and cooperation. In fact, UNASUR has taken steps to promote policies that go far beyond the scope of the OAS, ensuring that it plays a more prominent role in interstate dialogue. For example, MERCOSUR led the way with an ambitious proposition to allow free movement of peoples between the six member nations. The plan would grant anyone born in a MERCOSUR country an initial two-year residency in other member nations, and grant amnesty for undocumented immigrants.

Even so, UNASUR’s path to becoming a fully-fledged intergovernmental organization is by no means complete. In 2008, ex-Secretary General of the Andean Community of Nations, Allan Wagner Tizón, predicted that UNASUR would succeed in achieving a union on par with the European Union by the year 2019. Perhaps this is overly optimistic, and Stokes adds that “2019 sounds really soon” to achieve such a goal.

Nevertheless, UNASUR has demonstrated that it is more than willing to take the lead on regional issues. The role of UNASUR in the Falklands dispute is notable mainly because it so clearly demonstrates the progress towards the creation of a real South American bloc. In light of the efforts to pressure Britain to engage with Argentina over the Falklands, the British government has announced that it will host a referendum in 2013 to determine the “political status” of the islands.

Through coordinated action, the nations of South America have begun to exert their economic and political clout to defend regional interests. Regardless of the outcome of the territorial dispute, this process has made one point abundantly clear: South America is not willing to stand passively at the sidelines of the global political landscape.

Andrés Bustamante is a sophomore in Berkeley College

Andres Bustamante is a contributor to The Politic. Contact him at andres.bustamante@yale.edu. View more posts