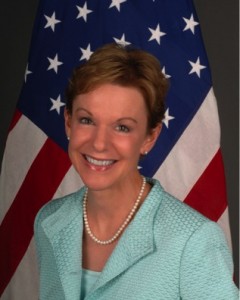 Kristie Kenney is the current United States Ambassador to Thailand. A career ambassador, Kenney was formerly the Ambassador to Ecuador and the Philippines. She is the first female Ambassador to both Thailand and the Philippines. In addition to her overseas posts, Kenney has served as the State Department Executive Secretary and a staff member of the National Security Council. She is married to Bill Brownfield, the current Assistant Secretary of State for International Narcotics, Law Enforcement and Crime.

The Politic: Why did you choose to join the Foreign Service?

Like all good things, part of it was good luck. I grew up in D.C., and naturally, I was surrounded by opportunities to go into public service. I knew that I wanted to work for the government after my summer internships. After studying Latin American Studies at Tulane, I started thinking seriously about the Foreign Service as a career. There was a mixture of both excitement and adventure associated with becoming an Officer.

The experience has exceeded my expectations. My experiences have been rich and diverse; last Monday, for example, I spent a day at the national park as a park ranger while working on anti-wildlife efforts. How amazing is that? I’ve also been able to make so many friends in many countries, and have been able to make an impact in areas I never thought I would. The U.S., for example, is a key player natural disaster relief both in the Philippines and Thailand. Nothing is more gratifying than being able to call up a country’s Foreign Minister during a disaster, and to tell them that our military is ready to help in whatever way possible.

The Politic: How has your experience as an Ambassador to Ecuador and the Philippines helped shaped your work as Ambassador to Thailand?

Well, I would like to think that I get better as I go along! Since this is my third ambassadorship, I think I have become better at motivating my staff and understanding the role of the embassy in a nation. I have also been able to better identify where we can push the edge of the envelope a little, in terms of issues we want to advocate. But the important thing to remember is that each place is different — Thailand and the Philippines have very different cultures and histories, for example — and the time is also different. America changes, too, even in short periods of time. My ambassadorship needs to reflect both the dynamism of the United States and the uniqueness of the place I am serving in.

The Politic: You have been more visible an Ambassador than most of your predecessors. Many in the press even call you the most popular Ambassador in recent memory. What is your strategy behind that, if there is one?

I do not think there is a strategy, per se. I try to be the face of America in Thailand, and I love getting to know the Thai people. Social media allows me to talk to more people than ever, and also to hear from more people than ever. Yesterday, I was at Trang province, and I received tweets from people asking whether I would be at their school. Some people tagged me in far-away Instagram photos, and I messaged them back asking why they didn’t come say hi! In the old days we used to put out a press release or statement celebrating a holiday, but in the digital world, we can do much more. This past Songkran, for example, we put out a fun celebratory video by the Embassy staff. Not only did it get a lot of views, it was very fun to make.

A large part of this effort is transparency. When people hear of government agencies, especially foreign ones, it is natural to have a little bit of suspicion. We’re trying to get rid of that suspicion to the largest extent possible, and so I often tweet and share about my day-to-day work at the Embassy.

The Politic: The Obama administration has “pivoted” to Asia. How do you see that “pivot” play out in U.S.-Thai relations, and where do you see it going?

Needless to say, I am very supportive of the pivot to Asia. It is pretty easy to see the growth of Asia; economically, Southeast Asia is growing rapidly, and demographically, it is full of a young and dynamic population. This “pivot” has resulted in much more energy and attention spent in this region. The President, for example, visited Thailand last November, and we have had visits from former Secretaries of States, Secretaries of Defense, Chairman of the Joint Chiefs, and more. It is very helpful for our foreign policy to get this kind of high-level attention from the Administration.

The Politic: Obviously, Thailand is not a full democracy. I wonder where the U.S. sees the recent pro-democracy movement, the red shirts, and America’s role in helping Thailand move along that path? 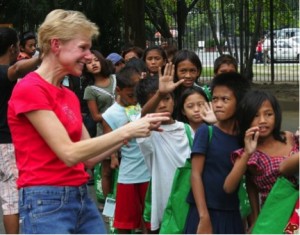 I wouldn’t say Thailand is not a full democracy. I would say, rather, that Thailand is a democracy with moments of challenge. It is important for everyone to know that this country’s path is for the Thai people to determine. People assume that we’re in a position to affect the path of Thailand. That is not the case, nor do we want it to be. The last Thai election, by most accounts, was free, fair and open. Of course, there are political divisions and those manifest themselves in protests. But that is part of democracy. People are free to protest. People are free to have differences of opinion. Look at the U.S., for example. We have very diverse views — there is a protest outside the White House every single day.

Thailand is perhaps a more polite society, so the idea of divergent views and protests may make some uncomfortable. But peaceful protest is a right. Whatever you call the protestors — the red shirts, the yellow shirts, the multicolored shirts — they are still protests and they should be protected. The key is for law enforcement to keep the protests from becoming violent. My feeling is that the recent protests have been peaceful and controlled. In the past, Thailand’s challenge has been the inability to respect election outcomes. That is surely a challenge that will confront the country moving forward, and we look forward to working with the Thai government in this area.

The Politic: Let’s talk about the lese majeste law. There have been incarcerations of both Thais and Americans from this censorship law. What does the U.S. think of the law and whether it should be reformed?

There is a lot of respect and fondness for the King in Thailand. I remember when I joined the President to visit His Majesty the King last year. He spoke flawless English, and even at his age, had such critical and high-level thinking. He has done a lot for this country.

Our perspective on the law is this: we believe in free speech, but we also know that there are limitations to free speech. In the U.S., we have libel and slander laws. In the context of Thailand, the lese majeste law may very well be the equivalent. The key is how to enforce the law. While there are certain acceptable limitations to free speech, when the law is enforced in a way that becomes a physical threat to citizens — that crosses the line.

The Politic: How do you balance speaking out against human rights violations with maintaining friendly ties with Thailand?

We have a long friendship with Thailand, so the balancing act is easier. The key is to know what work to do in private and in public. For example, when an American citizen was incarcerated through the lese majeste law, we met with the American in prison to keep him apprised of the situation, and we worked privately with officials to resolve the case. He has now been pardoned and has left the country. It’s a difficult task, being true to what America believes while respecting a nation’s customs and laws — but it’s a task that needs to be done, and certainly easier done when we have such longstanding ties with a nation like Thailand.

Embassy of the United States to Thailand: http://bangkok.usembassy.gov