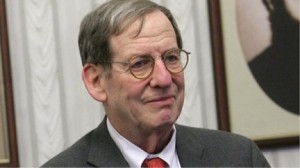 Richard Morningstar was sworn in as U.S. Ambassador to Azerbaijan on June 20, 2012. Prior to his appointment, he was the Secretary of State’s Special Envoy for Eurasian Energy. Previously, he taught at the Harvard Kennedy School of Government, Brown University, and Boston College Law School. He has also served as the U.S. Ambassador to the European Union and Ambassador from 1999 to 2001 and as Special Advisor to the President and Secretary of State on Assistance for the New Independent States of the Former Soviet Union from 1995 to 1998. In addition to these diplomatic posts, Morningstar was Chairman of the Board and Chief Executive Officer of the Costar Corporation from 1990 to 1993, and President and Chief Executive Officer from 1981 to 1990. He worked as an attorney with Peabody and Brown (now Nixon and Peabody) from 1970 to 1981. Morningstar is a graduate of Harvard University and Stanford Law School.

The Politic: Thank you so much for taking the time to speak with me today. We wanted to start the interview with a general question: why did you join the Foreign? What sort of goals do you hope to accomplish?

Well, I am not a career Foreign Service officer. I have had several different careers, one of which has been government service. I entered into the government in 1993 in the Clinton administration as a political appointee working in different positions, including being the Ambassador to the European Union and being responsible for our programs in the former Soviet Union. During that time, I also got involved with energy issues. So when President Obama was elected, Secretary [of State Hillary] Clinton asked me to come back as the special envoy for Eurasian Energy, and then here in Azerbaijan as Ambassador.

The Politic: What are the challenges you’ve faced working as the Ambassador to Azerbaijan? Challenges perhaps you weren’t expecting or that were different from your time as Special Envoy or Ambassador to the EU?

The biggest difference from being special envoy is that the issues here involve a lot more than energy. We have many, many different issues that are important and challenging.  For example, any number of issues relating to regional stability, the Nagorno-Karabakh conflict between Azerbaijan and Armenia, Iran and counter-terrorism issues, and Azerbaijan’s dealing with Russia as a neighbor. Azerbaijan’s been a great partner in Afghanistan and is a main transit point for non-lethal goods going back and forth to Afghanistan. There are also any number of democracy and human rights issues, as is the case with many post-Soviet countries. And then, of course, energy and overall economic issues. So we have a full plate. I wouldn’t say anything has surprised me because I know the country well and started coming here in 1995 in connection with the my time in the Clinton administration.

The Politic: Do you have any advice for students who wish to pursue a career in the Foreign Service or work in some of the fields that you’ve played a role in?

The Politic: I have heard you note that there are three pillars of the bilateral partnership with Azerbaijan: regional security, economic security, and democracy and human rights reforms. Where do you think we’ve made the most progress, and which pillars do you think need the most improvement?

Well we need to continue to work with respect to all three pillars. They really are interlinked. It’s hard to say in which pillar we’ve made the most progress and in which we need to make the most progress because there are individual parts to all the pillars. For example, with respect to regional stability, a lot of work needs to be done to once and for all bring a resolution to the Nagorno-Karabakh issue. It has been over twenty years, and that issue still had not been resolved. It is a very dangerous regional conflict that is right now at a low level but could become worse depending on circumstances.

Dealing with Iranian issues, where we cooperate really well with Azerbaijan, which is again another challenge in the area. Working on counter-terrorism: how do you measure that? Obviously, there’s a lot of work that still needs to be done on democracy and human rights. It has been a difficult area here and something that we have to keep working on. We recognize that Azerbaijan is a young country, but yet still has a long way to go in the democracy and human rights area. We’ve made a lot of progress on energy. There will be an announcement this week as to which pipeline project will deliver the first gas from Azerbaijan through Georgia and Turkey and on to Europe.

We have been strong partners with Azerbaijan on energy going back to the 1990s, but it’s also important that Azerbaijan not rely solely on energy and to diversify its economy. It must take the steps necessary to diversify the economy, create more competition in the business sector, eliminate some of the corruption that takes place here — there continue to be any number of issues to work on. So it is a challenge; there has been a lot of progress, but there is still a lot of progress to achieve.

The Politic: If we could touch on that first issue, the Nagorno-Karabakh conflict.  You mentioned how it doesn’t seem to ever be resolved. What role do you play to either help foster dialogue between the two governments or work towards a solution?  Does this bring you to work with Ambassador Heffern, the U.S. Ambassador to Armenia? What are the dynamics there?

Well, it’s an interesting question. First of all, the so-called Minsk Group is responsible for mediating and trying to help the parties reach a solution to the conflict.  The Minsk Group is co-chaired by the United States, France, and Russia. Most of the direct work is done by them, but obviously as Ambassador to Azerbaijan, it’s impossible to avoid the issue. I work in coordination with our Minsk U.S. co-chair to discuss with leaders of the highest level of the Azerbaijani government how they might help move things forward towards a solution. And I encourage them to come up with creative ideas to work towards a solution.

The Politic: Is this encouragement or maybe pressure similar to the work you do with regard to human rights issues? There are freedom of expression, assembly, and the unfair administration of justice issues that according to the 2012 Human Rights Report by the Department of State’s Bureau of Democracy, Human Rights and Labor are some of the many significant human rights violations occurring in Azerbaijan. How do you respond to such issues?

Yes, well of course they are very different issues. We also believe that by developing a better record on democracy, that that can in fact help resolve the Nagorno-Karabakh problem. Because if both parties work towards developing their democracies, that should ultimately make it easier for peoples to live together and ultimately resolve the issue. As to democracy and human rights issues in Azerbaijan, it continues to be a major area that we need to work on, as the human rights report has shown. We continue to work on an ongoing basis with the government. Elections are taking place in October. We continue to say that free and fair elections are important, critically important, and that involves more than just Election Day. It involves freedom of assembly, access to the media, non-harassment of opposition parties or the media, and we continue to raise these issues with them. And we will continue to do so.

The Politic: How do you see Azerbaijan’s role in the region evolving in the next few years? 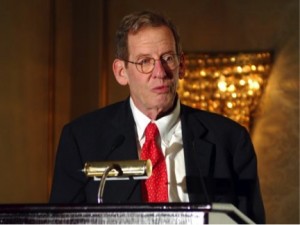 Well, Azerbaijan can have an important role in the region. It is developing economically, in part because of energy. It can become a major influence in the region as a result of its economic goals. But it also can become a major player if it can move towards a resolution on the Nagorno-Karabakh conflict, which will encourage more regional integration, and if it carries through on democratic and economic reforms, which is really necessary for its long-term stability. It has all the potential to be a significant regional player, but it has to take the right steps to get there.

The Politic: What sort of misperceptions do you think Americans hold about Azerbaijan, and vice versa?

I don’t know if it’s misperceptions or lack of education. I think most Americans don’t know enough about Azerbaijan, and I don’t think that many recognize the strategic importance that Azerbaijan has. All one has to do is look at the map to understand that. And so often if they hear anything about Azerbaijan, it is the democracy or human rights problems that there have been. They may know about Nagorno-Karabakh, but on the democracy and human rights side, it is an extremely important issue. But it is also important to understand the strategic importance of Azerbaijan. Some may have heard about energy as well. But I think that while energy is a priority to our relationship, it is secondary to the geopolitical issues and ultimately secondary to the democracy and human rights issues.

The Politic: You have spent much time working for the success of the Baku-Tbilisi-Ceyhan (BTC) Pipeline. Can you speak a bit more about the geopolitical and commercial importance of this development? How have you followed up on this development?

Well, first of all, the follow-up to the BTC pipeline surrounds the so-called southern gas corridor. This week will be important in determining what pipeline project will be chosen. The BTC pipeline was very important, and in fact it has been a very successful project because it has helped to develop Azerbaijan’s independence, it has linked Azerbaijan to Georgia and Turkey, and overall increased global oil production. So I think it’s been quite a success.

The Politic: Is there one experience, person, or event in Azerbaijan that has greatly influenced one or more of your policies? How so?

I can’t really answer the question the way it has been put.  It is a complex country with complex issues, issues that are challenging. We’ve talked about several of them, and I can tell you it’s not boring here.

The Politic: How do you feel that America is represented abroad, and are there any elements of American foreign policy that you would wish to change?

I don’t want to get into that.  I’ve got my hands full in Azerbaijan, rather than talking about how I want American foreign policy changed. I’m an Ambassador who works for the President of the United States. Our job is to follow American policy.  Most of all, I concentrate on the issues here, which we’ve talked about.

The Politic: Well, thank you so much, Mr. Ambassador. I really appreciate your time.

I am happy to do it.

Embassy of the United States to Azerbaijan: http://azerbaijan.usembassy.gov/

Azad Amanat is a contributor to The Politic from Los Angeles, California. Contact Azad at azad.amanat@yale.edu. View more posts