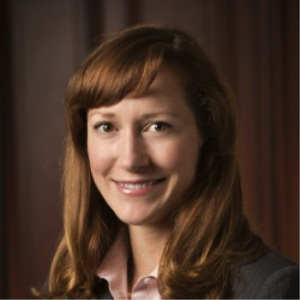 Kat is currently a second-year student at the Yale School of Management. She graduated from Yale College in 2004, having served as President of Morse College. She then moved to Alaska, spending five years in the state working for political campaigns, elected officials, and policy initiatives in the Alaska State Legislature. Before enrolling at SOM, she lived in Washington D.C., serving as Deputy Staff Director to the Steering Committee in the U.S. Senate and as a staff member for the U.S. Secretary of the Interior.

The Politic: Why did you choose to apply to serve as a Yale World Fellow?

I actually didn’t choose to apply; I was fortunate enough to be nominated by someone. I got an email this summer saying, “would you be interested?“ I then talked to some program folks about it, and happily agreed.

The Politic: What interested you in the fellowship after you were nominated?

The opportunity to meet interesting movers and shakers from around the world – they really are an incredible bunch. I wanted to get to know them and their work, and also connect with the broader University.

The Politic: You are a member of the Yale College Class of 2004. How do you feel like your experience at Yale has shape your personal and professional development?

Hugely. I feel so fortunate to have been able to come to Yale. I think that there’s a sense of belonging to the Yale community that never leaves, and I think getting such diverse perspectives and really having an academic forum made me feel that I could always I have a seat at the table, no matter what the meeting was.

The Politic: Having returned to Yale as a student in the School of Management, do you feel the University is as you remembered it?

The Politic: You spent five years in Anchorage, Alaska, promoting political, legislative, and environmental initiatives there. What prompted you to go to Alaska and do politics there?

Fate and serendipity. A little bit of both really. I was never political, and just didn’t feel very connected to my representatives. Then I met Tony Knowles, who was running for Senate in 2004 in Alaska. I just felt that he was the real deal, and that I believed in him, and I wanted to put my money where my mouth was – so I went to work for his campaign. I thought I was going to be there for six months. I was there for five years. It was really a magical time. I got a job after that but I decided that I wanted to stay in Alaska for a little bit longer. Many of my friends were opening mail in Capitol Hill, and I thought I would have more opportunities in Alaska – which was true. I actually got a job at Merrill Lynch, but I had been interviewing concurrently at a conservation group, and I thought, I’m 22 years old, I can always go work for a bank later, so I’ll work for the advocacy group. I’ve stayed in advocacy and politics since then. But part of the reason I’m at SOM is because after 8 years of this serendipitous career, I’d like to be a little bit more strategic and use some of my quantitative skills.

The Politic: What were you able to accomplish during your time there? What was most rewarding for you?

Certainly any time that you work with large cadres of volunteers, it’s inherently rewarding to see people engaged and mobilized and excited, working towards change. Working in campaigns was wonderful to that end. I was the State Director of the Obama Campaign in 2008, and to be caught in that place in history, there’s nothing like it. To see what that kind of momentum and organization could do in a state like Alaska was incredibly rewarding.

The Politic: As the Alaska State Director for President Obama’s campaign in 2008, are there any stories you’d like to share from the trail? Also, how did Sarah Palin’s appearance on the opposing ticket impact the Alaskan campaign?

Everything changed. We, initially, were a battleground. It was the first time in decades that Alaska was seen as in play. Real resources were going in. We had a five million dollar budget, we had nearly 70 statewide staffers, and we had eight offices all over the state. It was exciting for Alaskans, also, since there really hadn’t been this kind of Democratic presidential effort in decades – 20, 30, 40 years. And then, when Sarah Palin was announced our lives changed. It was very bittersweet because I had worked with her in the State Legislature, and had a sense that what worked for her in Alaska wouldn’t necessarily translate to the national stage. So it was bittersweet because we were excited about our organization, but after it was announced, it didn’t make sense for the national campaign to keep resources in Alaska. So we deployed the majority of our staff to states that were still in play, and then we had a very Spartan staff. We called ourselves the “scrappy few” who stayed. I stayed because I felt that I had a responsibility to the state. There were thousands of volunteer hours that had already gone in that summer, and I wanted to stay around and make sure the organization went on. I think it was worth it. People stayed engaged. In fact, many Alaskans felt it was the frontline because it was Sarah Palin’s backyard, and we had to defend it. The support was incredible. We ended up writing, in about six weeks, 100,000 postcards to swing voters around the country. And if you think about it, there’s not many registered Democrats in the state, so 100,000 postcards is a lot of postcards – all donated. 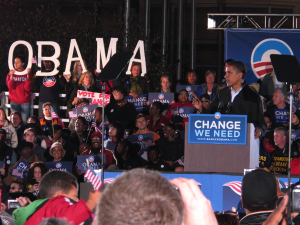 The Politic: As Special Assistant to the Deputy Secretary of the Interior, you transitioned from state-based issues to national ones. How did this change in perspective affect your political outlook?

Working in Alaska – where there’s the second highest percentage of federal land – it actually has a lot of the federal issues, so I had exposure to them. I would say I was worried about going into a bureaucracy as large as the federal government and that it wouldn’t be efficient – it would be all the things you hear about the government. And I was so happily surprised. The amount of work that is done every day by the federal government is staggering and incredibly impressive, and I was proud to be a federal worker because of the caliber of people in our departments and on our teams. And I think as far as the changing issues go, it’s one of those things that once you understand the public process, the policy-making process, and you understand the inflection points – where you can step in to influence something – it’s actually not that different from body to body. And that’s actually one reason, if there are some undergraduate readers here, I recommend to everybody to work first on a political campaign – because once you do, you will understand how much time and energy and money is put into every single vote – and then work for a state legislature because you have an incredible amount of access you don’t know until you see it up close. It shows you that you really can influence the process, that it’s not that hard, and that it’s very empowering.

The Politic: Do you have a single most important piece of advice that you would like to share with Yale students?

I would say be creative and have fun. I think many of the opportunities I had were because I was willing to do something that was off the beaten path, and it really worked out for me. And I feel like I’m in this transition phase, where I’m asking whether I still have an adventure left or am I ready to settle down yet? You guys have so much time for adventure. Seize it. 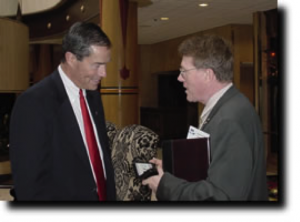