Prodyut is an Indian politician who currently serves as a National Executive Member of the Bharatiya Janata Party (BJP), India’s principal opposition party. Previously, he was State General Secretary for BJP Assam, the National Convener of BJP’s Information Technology Cell, and a member of BJP’s National Media Cell. He directed a private software company for six years before entering politics. Prodyut is also a prolific writer—his opinion pieces have been published in the Indian Express, The Times of India, The Economic Times and The Pioneer. 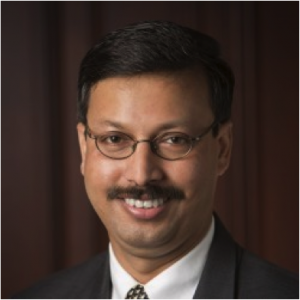 The Politic: Why did you choose to apply to serve as a World Fellow?

Two things. First of all, a friend of mine encouraged me to apply. Then, when I went to the Yale World Fellows website and understood the concept, it really aligned with what I have been thinking for a long time. I’ve reached a certain mid-level of the political hierarchy: I’m now a National Executive member, one of the five youngest in [the body]. I felt that further political growth would happen if I specialized in a particular subject. All political leaders, especially at the national level, should have domain expertise in one or two subjects. I thought of developing myself in the fields of foreign affairs and security. Having decided on that theme, I felt that a short-term academic program would help me get started on a lifelong process of expertise development. You don’t become an expert in one term or year; expertise development is really a lifelong process. But it helps give you a formal start, and I’m looking at the Yale program to give me that start.

The Politic: How does the hierarchy of the BJP work, and what does a National Executive member do? 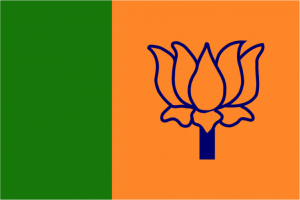 Flag of the BJP

The Politic: What was your role in Assam [a northeastern state of India]?

The Politic: What made you decide to study literature in college? I know from personal experience that literature isn’t thought of as the most employable subject in India.

In India, when you make those kinds of decisions about college, I don’t think you do it with some very grand purpose in mind. I went to college in ‘92. India liberalized [economically] in ‘91. So at that time, we were yet to see the fruits of liberalization. The India that you see now and the India that I saw were very different. We didn’t have too many opportunities then. Even the private media did not exist in ‘91. Outlook [a weekly English news magazine] started in 1994, NDTV [a television news network] started independent broadcasting operations in 1994. All the news TV channels that you see today did not exist. So many of the career opportunities that are open to humanities students today did not exist back in 1992, so we had very limited choices. Literature was something I liked, since I enjoyed reading. Now what beyond literature, I had absolutely no idea.

The Politic: And after that, you went into…

After that, I did journalism. Indian media opened up and really took off in the year 1994. I graduated from college in 1995. So when this private media explosion happened, there were a lot of openings and media jobs. Burkha [Dutt, TV news anchor] is two years my senior. Arnav Goswami [TV news anchor] is one year my senior. So there was this entire group of people that went to the media. Things that we never thought possible were happening.

The Politic: Was journalism something you joined for work experience?

No. After college, I had to get a job, and this was just a new job that opened. But I never had any plans to become a journalist. By the time I graduated from college, journalism seemed like a very attractive opportunity, a whole new world.

The Politic: Which organization did you work for?

I worked for a literary magazine called Biblio, which is one of India’s most respected literary magazines. Biblio was starting off, and I was part of the start-up team. I worked as a training journalist and wrote mostly book reviews and literary criticism.

The Politic: How was that experience? Did it prompt you to work at the Indian Institute of Management [IIM] later on?

My boss said, “You’d make a good manager.” I said, “How could I study management? I’m a humanities guy, and the guys going into management are all engineering guys. So what chance do I have?” He said, “No, I’m fairly confident that you’ll get into a good school.” I said, “But the CAT [entrance exam for IIM] is so competitive.” My boss told me to take some time off and study; I took four months of leave, took the exam, and got into IIM.

The Politic: So it was a very ad-hoc decision again.

Very ad-hoc decision. Most decisions in my life have been that way, without any grand strategy. I believe that there’s a guiding star up there which takes me wherever.

The Politic: How was your experience at IIM? Compared to journalism, did IIM feel like the right fit?

Management education was fascinating: it teaches you to think structurally. Management requires a completely different approach from than literature, one that is more scientific and technical. I didn’t miss humanities, nor did I find myself completely settled in. I wasn’t sure this was what I wanted to do. But in India, if you want a good job, you need an MBA.

The Politic: That does seem a very diverse career path.

The Politic: After IIM, you joined Hewitt, Digital Talkies and a software consulting company. 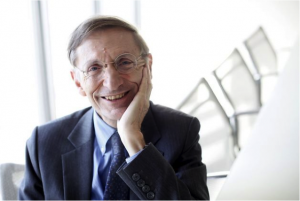 That’s right, and I also joined Ashoka, an NGO headquartered in Washington, D.C. It’s a story in itself. Ashoka was started by an American called Bill Drayton. In the 60’s, he went to India to just see the country. At that time, he was working at McKinsey as a consultant. It was supposed to be a short vacation, but then he met Vinoba Bhave [an Indian social activist]. He walked all around India with Vinoba for a year. He saw poverty and all the problems of India. After he came back to the United States, he decided to do a couple of things: quit McKinsey, not marry, and start a new organization named after Ashoka, who was an Indian emperor who gave away everything he owned at the end of his life.

Ashoka promotes the concept of social entrepreneurship, which addresses social problems using business principles and is sustainable, unlike charity. You make a profit, but you plow it back into your cause again. To cut the long story short, after doing all this business, I decided that making money was not what I wanted to do. I wanted to do something for the society. How did I do it? I wrote to Bill Drayton about my background, and he hired me. So that is how I moved from the business to the social sector.

I was with Ashoka for about a year and a half and got an opportunity to work around the country, looking at different social enterprises. And then it occurred to me that while all of this was important, it was not going to change India. Because this country is too vast, and its problems are too numerous. And no matter how many NGOs we have and no matter what they do, they have limitations of scale. India has 1.2 billion people. I started asking myself, what will change India if not the NGOs? And then I thought of policy. If I could be in a position where I could either make or influence policy, then I could possibly be impacting many more people.

I saw how good policy could have a huge social impact. So I decided to go into politics and joined the BJP in 2004.

The Politic: There’s a lot of talk today about how Indian youth need to join politics. But a lot of them shy away, partly because private sector opportunities are more lucrative, and partly because of the fear of being sucked into a system that is associated with corruption. There’s a fear of having to sacrifice one’s ethics, and not being able to effect real change. Did you have these fears going into politics?

The Politic: What was your first official foray into politics?

When I decided I wanted to go into politics, I wrote a letter to Arun Jaitley [a BJP politician] introducing myself and asking for guidance. So he said, “Okay, come in tomorrow,” and I met with him.

The Politic: What was your first political position?

My first position was as a member of the media cell, which is the in-house PR cell of the party. I organized press conferences, wrote press releases, and helped senior leaders with media monitoring. I did this for two years, and after that I got appointed as the national convener of the IT cell. During that time, I traveled across the country setting up IT [Information Technology] cells in 22 different states. A cell is an organizational unit to reach out to a particular section of the society. We have a doctor cell to reach out to doctors, an industry cell to reach out to industry. Similarly, we have an IT cell to reach out to IT professionals and pull them to the party.

The Politic: As the General Secretary of Assam, what was your role?

In our system, we have a President and a General Secretary. The President is like the CEO, so he issues orders, and the General Secretary, who is like the Chief Operating Officer, is responsible for the execution. That includes fundraising, political rallies, communication, everything.
The Politic: Why did you choose a particular party over another?

By inclination, I’m a nationalist, and BJP is a nationalist party so there was an ideological fit. Secondly, the BJP is a meritocratic party where your family connections don’t matter. Our current party president is the son of a farmer. Our Prime Ministerial candidate is the son of a tea vendor. So for someone like me who has been through a meritocratic system, this was another personal value which aligned.
The Politic: Nationalism tends to be a term that is weighted in Indian politics and carries certain connotations. How would you define nationalism?

Nationalism is a very Western concept, but a nationalist is someone who puts the interests of the country above everything else, instead of, say, a global Left ideology or international outlook. A party like the BJP puts the nation first and makes policy decisions accordingly. In 1974, we did a peaceful nuclear test but thereafter, no Indian government thought of nuclearizing India. After the BJP came to power in 1998, we did another nuclear test called Pokhran-II.

The Politic: What piece of advice would you want to give Yale students?

I find most Yale students interested not just in making money but also in making a difference in the world, so what could I possibly tell them? The only thing I could say is don’t be scared to make mistakes and take risks with your life. The journey is as important as the destination. From a military school, I went to literature to journalism to management to consulting to film-making to a software company to social work to politics.