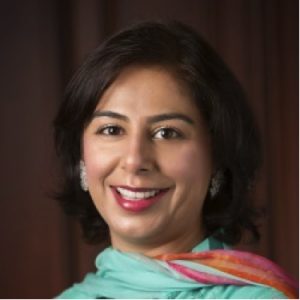 Raheela Khan is a Pakistani citizen born and raised in Dubai, who is the Assistant Manager of Treasury and Investments for one of the biggest banks in Qatar, Doha Bank. In the male-dominated field of finance, Khan has led a distinguished career. Her accomplishments include heading the Pakistan Mercantile Exchange’s efforts to improve investment culture in Pakistan, organizing multiple social welfare charities in Pakistan, and now managing a portfolio in excess of 600 million US dollars. The first of her two current projects has to do with reforming the social disparity and flagging civic sense in the general Pakistani population through the use of social media. The second concentrates on getting women and youth involved in the growth and social sustainability of the developing world.

The Politic: Why did you choose to apply to be a Yale World Fellow?

The Politic: How would you describe what you’re doing here as a World Fellow? Is primarily research?

We have the option to go into areas of interest, and develop on the skills we already have and open ourselves for deeper insight into other areas too. I’ve got a completely financial background and I wanted to work on social development initiatives, so I wanted to use the social media. I’m studying documentary, film, and visual storytelling, introduction to psychology, sociology, so these are absolutely in contrast to what you usually do in a financial background. I can spend my time understanding the issues I’m not very well versed in.

The Politic: Speaking of your financial background, the Yale World Fellow website says you’re the Assistant Manager for Treasury and Investments at Doha Bank. What duties does that position entail?

Treasury and Investments is more of a macro position, rather than dealing with investors at a micro level. It’s much more at the larger economy level, so my roles have always been pretty much on the economic front. Whatever institution I’ve been attached with, like with my previous experiences with the Pakistan Mercantile Exchange or going back to KSB, which is in Pakistan, I’ve developed new financial products for the market. I’ve been at institutions that basically have more of an effect on investing and the larger economy than on consumers. It’s an indirect effect: my roles have been macro, but they deal with a lot of microeconomic and social issues. 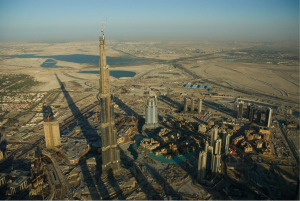 The Politic: What made you want to decide to go into banking and finance?

It was something I was always interested in. I fancied numbers; I found it to be like a riddle. I had a natural intuition for finance and financial solutions, and I thought that was a great career, and went with that. When I went into the markets, I looked at a lot of opportunities, and I saw that the financial markets are the biggest social enterprises themselves. They are the main drivers of any social impact or economic impact, so they allow you to do financial, social, and economic solutions. When you enter financial markets, you do a lot for the economy and you do a lot of social impact as well, so they’re actually enterprises for social change. It kind of gives me a sense of fulfillment doing something that is based on a financial skillset, but which also has a huge social impact.

I entered because my brother was also into banking. He was a source of inspiration for me.

The Politic: How’s your career been so far?

It’s been phenomenal in terms of growth. It’s been phenomenal in terms of changing the investment culture in Pakistan, and now I’m trying to do a lot of financial linkages between the Middle East and Asian markets. The one market opportunity that I do see is Islamic finance, so there is a lot of cross-linking and cross-listing of products in UAE, Qatar, and Pakistan that the markets have been brought together with.

The Politic: Have you faced any challenges as a woman in finance?

Of course, yes. Worldwide, it’s very male dominated. I think the ratio of women to men is one to four in most financial markets all over the world, and much more so in the country where I started my career, which was Pakistan, where the ratio was even more so. It was one to twenty when I started in the late nineties; it’s now improved phenomenally, but it’s been challenging. It’s been challenging with age too. I started very early, at nineteen, in the financial markets, and my age and my gender both became extremely challenging in that industry. Nobody took me seriously as a woman who had the skillset to be in a position to bring about real economic or social impact or as someone who is foolish, who is younger, and who doesn’t have twenty years of baggage or experience, but who can offer something which is valuable. But that has phenomenally changed now, and there are a lot of women working in the financial industry in Pakistan and even in the Middle East, although I will say that the Middle East is a much more challenging market than Pakistan is.

The Politic: You said you entered at the age of 19. Did you have any experience or education in finance before that?

I had just gotten my bachelor’s in Commerce, and I was pursuing my MBA in Finance and Information Systems. It was parallel to the work that started my career. My career had started with a financial brokerage firm and, in a matter of nine months, I was promoted two times and was picked up by one of the largest financial brokerage firms in the country. I spent about five years with them and, after a very steep curve, I became the regional group head for fixed income and money markets.

The Politic: You were raised in Dubai?

I was raised in Dubai, and then I went to undergrad and studied in Pakistan.

The Politic: What was it like being raised in Dubai?

Dubai has been more like home for me, but it’s home away from my real home, you could say. Because I’ve been brought up in Dubai, it’s always had a closer association with home for me, and I do understand the Middle Eastern culture and the emirate culture just as much as I understand my own culture.

The Politic: How would you say Dubai has changed since you were little?

It’s become one of the most rapidly developing economies in the world now. The regions I have the most association with in the Gulf Countries is Qatar and the UAE, and these are the two economies which are now named as two of the most rapidly developing economies. [Dubai] was always an economy that was inviting innovations and looking for development initiatives, and that’s how I see it today. It has just grown massively, and there are multiple effects now, but the vision has always been with them somehow.
The Politic: On the note of cities, how do you like New Haven so far?

I like New Haven. It’s an academic city to me, literally. Lots to learn from, lots happening here.

The Politic: The World Fellows site claims that you were “instrumental in transforming the investment culture in Pakistan through senior roles at institutions such as the Pakistan Mercantile Exchange.” Can you expand on that blurb?

When I joined the Pakistan Mercantile Exchange, it was the first commercialized, electronic, and very technology driven exchange, which was not introduced before in Pakistan. Exchanges were usually done over the counter; work was done by hand.

[The Pakistan Mercantile Exchange] was extremely technology driven, so you could actually sit online and work anywhere in the world. That invited a lot of foreign investment and a lot of local interest, because it had a certain accessibility and transparency in an investment framework, which wasn’t really offered before. It also allowed for diversification, so there was a lot of opportunity to look at transparency, price stability, and diversification, which were new asset classes that were being introduced. The new asset classes were never there – the commodities were traded on the market, but they were not financial instruments for financial institutions to invest in or investors to invest in. It actually set the way so that it if you wanted to trade sugar but you were not actually in the sugar market as a trader, you didn’t have to have the actual sugar itself. It segregates, and it’s a futures and commodities exchange, with futures progressing towards options later on, but the idea was to educate the market.

My role there was to set up the commodity brokerage units, so we were a different unit within the brokerage industry in Pakistan to hand hold with a lot of mutual funds, which had multi-assets or had commodity assets now invested. We also helped banks to launch a commodity-linked financial product.

It was commodity linked financial products, it was coming with commodity linked asset classes for funds now, and it was brokerage houses that were commodity brokerage units now. Beyond that, we did an investor education seminar nationwide to educate people about the investment opportunities and to encourage people to do savings.

The Politic: You really did transform the investment culture. If you had to pick one thing related to that, what would you say has had the most lasting impact so far?

The idea of diversification: for people to have another asset class beyond what was available. Diversification was really the key asset here. And beyond that, I would say the exchange model in itself was to encourage savings, to basically mitigate risk, and to bring down the gaps in the markets, which helped the economy cut down on inflation.

The Politic: You have also mentioned that you’re involved in charitable and social causes. What’s the cause that’s nearest and dearest to your heart?

For me, there are two things that are extremely close to whatever I do on the social development initiatives. They are helping the underprivileged – to provide them equal access and inclusions – and feminine empowerment. And when I say inclusions, I mean in terms of education, youth engagement, and health and hygiene.

The Politic: In terms of inclusion in a modern nation, basically.

The Politic: What is the single most important piece of advice you’d like to share with Yale Students?

Continue self-development. That’s it. The world keeps evolving, and it’s constant change that we face, so we constantly need to work and self-improve.