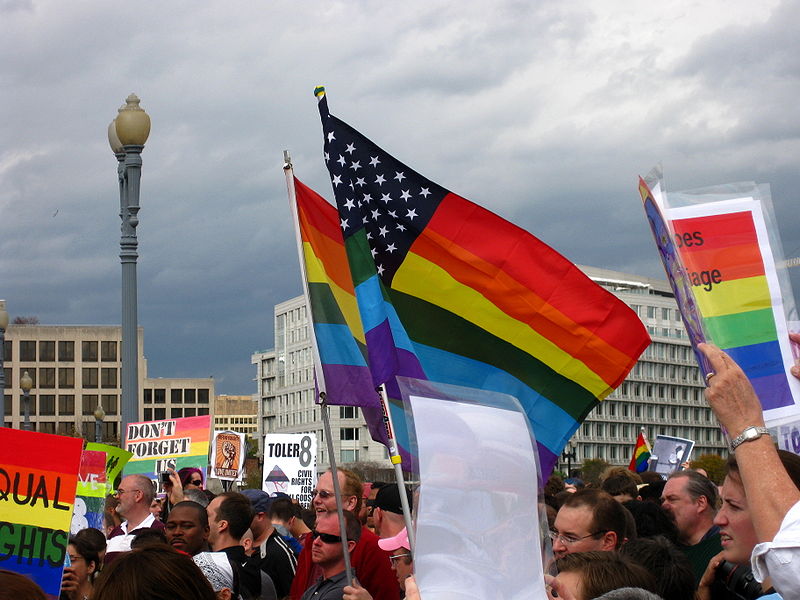 This morning, I read a tweet from @LOLGOP that said “America has turned into a never-ending game of ‘I wonder what Anthony Kennedy thinks.’” This is only somewhat true.

Since the departure of Sandra Day O’Connor, Kennedy has certainly been referred to as the Court’s swing vote, and his opinion will likely decide Hollingsworth v. Perry, whose oral arguments on the legality of Proposition 8 in California were heard this morning. Garrett Epps for The Atlantic predicted yesterday that Kennedy would be hard-pressed to reconcile his beliefs in individual liberty, equal rights for gays and lesbians  with equally strong support of states’ rights. Yet, Epps doubted that Kennedy would be willing to support a decision directly against the rights of gays and lesbians.

“Much as I disagree with many of his opinions,” Epps wrote,” I see no reason to doubt his fundamental decency. His values may seem idiosyncratic, but they are firm.”

Idiosyncratic but firm is a good phrase for Kennedy. He has tried to support individual dignity and liberty, as one of the joint authors of the Court opinion in Planned Parenthood v. Casey. He supported the plaintiffs in Lawrence v. Texas, acknowledging that consenting adults should be able to have relationships with whomever they choose.

However, he gives individual states and their rights what The Atlantic calls “religious awe,” arguing against provisions of the Voting Rights Act that implement measures in some states but not others. With these ideas in mind, Kennedy’s comments on the bench today when hearing the arguments for Hollingsworth don’t seem as surprising. When looking at the facts, it is clear that America doesn’t have to play a never-ending game. Kennedy won’t want to support a measure that only affects California; he won’t want to enter uncharted territory in affirming gay marriage for the whole country; he won’t want to limit the liberties of individuals.

Kennedy’s comment, that “there is a question whether this case was properly granted,” is his perfect solution. If (and probably when) the Court decides that Hollingsworth does not have standing, Prop 8 dies quietly at the hands of the Ninth Circuit court, without forcing the Court to take a stand at the intersection of these issues.

And Kennedy can have his cake and eat it too.

Alisha Jarwala, from San Diego, California, is the Blog Editor of The Politic. Contact her at alisha.jarwala@yale.edu. View more posts