When cartographer Nicole Grohoski is not making maps or studying for her wilderness first responder test, she is standing outside in freezing temperatures, collecting signatures. Grohoski’s boss accommodates her unpredictable schedule because he too believes in the cause: a new voting system for the state of Maine.

Grohoski resolved to look for an alternative voting system after the gubernatorial election in 2014, when current Republican Governor Paul LePage, who was running against two other candidates, won with 48.2 percent of the vote. For Mainers, a governor without majority support was nothing new: The last time a first-term governor won the majority of votes was in 1966.

“I thought, ‘This seems a little interesting, that we are consistently electing people that don’t have a majority or 50 percent of the vote.” Grohoski told The Politic. “Is there a better way?’”

The 34-year-old did some research and quickly discovered that there were, indeed, alternatives. One option Grohoski came across especially stood out to her: the beginnings of a campaign to implement ranked-choice voting in Maine elections.

Word of the proposed voting system quickly spread across Maine. In a 2016 referendum, ranked-choice voting received 52 percent of voter support, a higher share of the vote than Maine’s past governors

But the victory was short-lived. Only several months after the passage of the referendum, Maine’s Supreme Court released an advisory opinion which stated that the voter-approved law was unconstitutional for state general elections. (The Court did not object to the use of ranked-choice voting in federal elections and state primaries.)

In October 2017, after much debate, Maine’s Senate voted to delay the law’s implementation until December 2021, at which point the legislatures would repeal it if they still have not passed a constitutional amendment addressing the Court’s legal concerns. Until then, Maine will keep its current voting system.

“People were excited,” Crystal Canney, a spokesperson for the Committee for Ranked Choice Voting, told The Politic. “It was a clear directive from the people. And then the legislature came in and they tried to take the power away from the people.”

Kyle Bailey, the Campaign Manager of the Committee for Ranked Choice Voting, called the bill “the ultimate slap in the face from politicians who think they know better than people.” Still, he told The Politic that the bill did not come as a surprise.

“You have politicians making calculated choices about their own political careers,” Bailey said. “For them, that trumps the desires of the people.”

But Mainers were not ready to accept defeat. The state’s constitution granted them another weapon: the “people’s veto.” Proponents of ranked-choice voting had 90 days as of November 6 to get 61,123 signatures from Mainers who wanted to reject the delay-and-repeal law passed by the legislature in October.

In the past several months, Mainers have mobilized. Grohoski said that she and her parents braved subzero temperatures and collected over 1,000 signatures in four counties. In Blue Hill, a wine shop advertises the petition. At the Bal Harbour movie theater, petitioners are on rotation. A band wrote a song about ranked-choice voting and sang it at a brewing company in Southern Maine. Over the phone, a 94-year-old asked volunteers to drive to her house so that she and her husband could sign the petition.

“The grassroots support is like nothing I’ve seen before,” said Bailey, who volunteered for the 2012 same-sex marriage campaign in Maine. He compared the ranked-choice organizing efforts to the marriage equality movement of six years ago. “I venture to say there are more volunteers in this effort than in that one.”

“You should never have to vote for the lesser of two evils when there’s another candidate you really like,” Bailey said. “You should be free to vote your hopes and not your fears.”

Ranked-choice voting might also make campaigns more civil, by incentivizing candidates to reach beyond their base instead of criticizing their opponents. Each candidate will vie to be voters’ second choice, if not their first.

“I think the American public, as well as the Maine people, have taken a hard look at some of the partisanship that’s gone on and how hard it is to get things done,” Canney said. “This is the first step to righting that system.”

Matt Dunlap, the Secretary of State of Maine, who is responsible for certifying the tabulation of election results, is not convinced by these arguments. Like many members of the Maine legislature, Dunlap has concerns about ranked-choice voting. 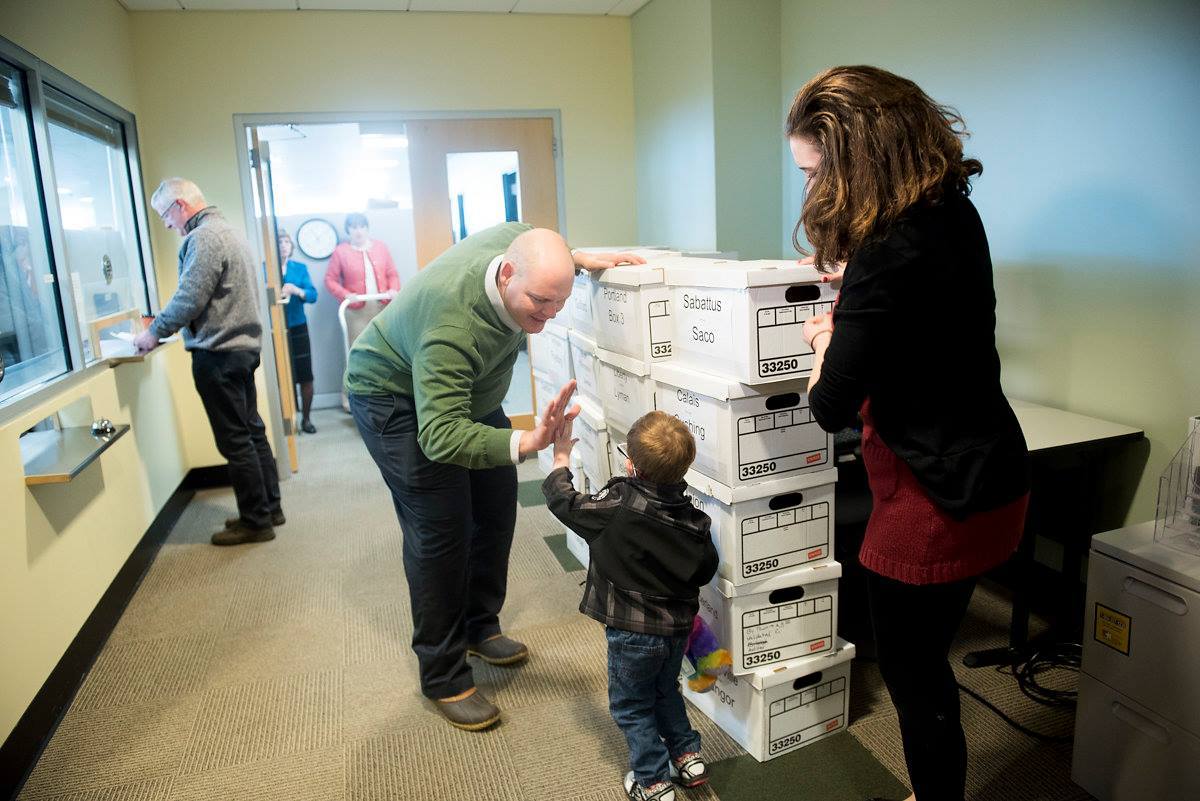 Dunlap acknowledged the polarization in American politics. In his view, though, the problem is not the voting system, but the people running for office.

“The easy solution is to get better candidates that generate more consensus,” Dunlap told The Politic.

“What’s going to happen is the outside money is going to amplify even more and proxies will crap all over your opponents for you,” he said.

Dunlap claimed the system would be challenging to implement, too. He said that the legislature will likely not approve funding for ranked-choice voting, leaving the states without the machinery to efficiently tabulate votes. Determining election results could take as long as two weeks.

“I apologize if it sounds like I’m deadly opposed to ranked-choice voting, but these are the things that nobody seems to think about. I wish people would stop saying how easy it is. Because administratively, there’s a lot that goes into this that nobody sees to take seriously, but when it all goes wrong, the bright lights are gonna be on me, and I’m gonna be alone in that room,” Dunlap said.

To cartographer-turned-activist Grohoski, Dunlap’s insistence on the system’s complexity is exasperating.

“My message to the Secretary of State is, we sometimes have to do things in our job that are hard and that we don’t like,” Grohoski said.

Bailey called Dunlap’s suggestion that the voting system is too complicated to implement “frankly absurd.”

“It’s not grounded in any factual information or any experience of any city or county or state that we’ve seen in this country use rank choice voting,” he said.

Dunlap has little patience for references to other places that have implemented ranked-choice voting.

But the Secretary is well aware that he has no real say in the matter.

“I’m not a policy-maker, I’m an administrator. So my job really is to do what I’m told,” Dunlap said “Now, that being said, you don’t want to be told to do the impossible.”

Ranked-choice advocates would see this outcome as a triumph for democracy, not only because of the reform it would entail, but how it was achieved—through the tireless work of passionate citizens who persisted in spite of interference from the judiciary, the legislature, and the freezing temperatures.

“This is a transformative reform that could improve our democracy,” Bailey said. “It’s not a silver bullet. But it’s one thing we can do and we ought to do to give voters more voice and more choice in our democracy. To me, that’s exciting.”