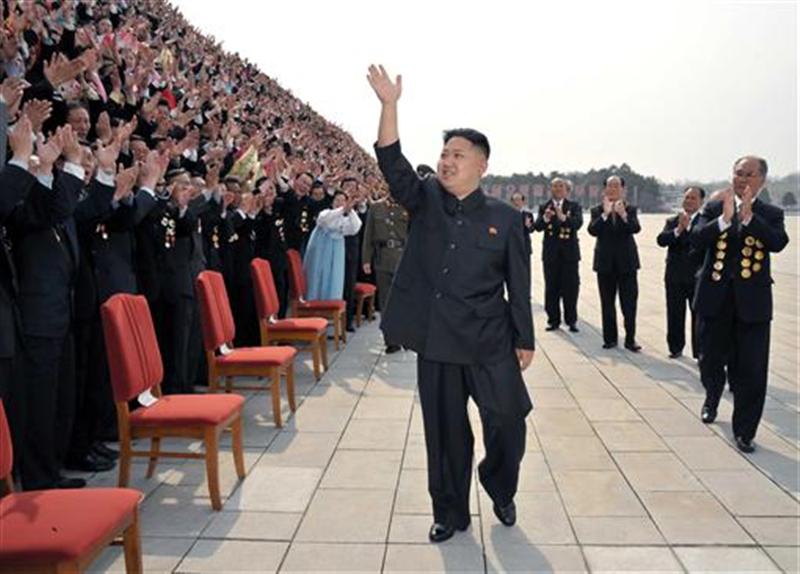 In September 2013, the Chinese government announced new restrictions on China’s exports to North Korea. The list of restrictions consisted of materials that are needed for the creation of nuclear weapons. Some analysts see this policy as an attempt to exert tighter control over Pyongyang’s behavior while others see it as a symbolic gesture of reprimand. Some doubt that this represents any change in China’s long-term approach to North Korea – in other words, “same old, same old.”

Although the new export controls suggest that the Chinese Communist Party (CCP) is increasingly concerned by North Korea’s nuclear and ballistic development and bellicose rhetoric, it is unclear whether the CCP is actually willing to search all ships, planes, and vehicles destined for the hermit kingdom. China has in the past approved of Security Council resolutions banning luxury goods going to North Korea, though they have “only selectively implemented them,” according to Bruce Bennett, a Senior Defense Analyst at Rand Corporation. More troubling, the recently released list does not address the more pressing issue of ballistic technology. North Korea is already nuclear capable, so China’s list of banned exports is about a decade too late to prevent a nuclear North Korea.

Instead, China’s most recent maneuver is best understood within the context of the challenges North Korea poses to China’s strategic interests.

First, North Korea’s precarious government threatens to destabilize the region. China sees regional stability as tied to the preservation of the North Korean regime. It aims to prevent a North Korean collapse because it fears a scenario of unguarded nuclear weapons, North Korean immigrants overwhelming the Chinese border, and United States troops stationed at the Chinese-North Korean border attempting to reestablish order in North Korea. “Instability is a very deep fear for China,” says James Acton, a Senior Associate at the Carnegie Endowment for International Peace. If the North Korean regime were to fall, then the status quo would dissolve, which would result in an entirely different set of crises for China.

China’s second concern with North Korea is tied to Chinese hegemony and reputation in Asia. This is largely connected to North Korean military posturing and nuclear missile development. For example, each time Pyongyang rouses worldwide concern by testing its ballistic and nuclear technology the international community looks to China – the major regional power – to resolve the situation, something China has consistently been unable to do for various reasons.

The first reason is internal division. A debate on North Korea grows within the CCP, which is by no means a unified body. Prompted by North Korea’s first successful nuclear test in 2006, the debate escalated and became more visible from the outside when the North shelled South Korea’s Yeonpyeong Island in 2010.  Traditionally, Beijing has not favored a heavy-handed approach toward North Korea. “They’ve been very careful to balance the actions they’ve taken, not to undermine the regime,” says Bennett. The traditionalists believe that China’s best interest lies in continuing to support North Korea because of its status as a historical ally and its ability to cause difficulties for the United States and its allies.

China’s decision to grant autonomy to North Korea, however, has drawbacks. Bennett claims there is a faction of the CCP that “believes that North Korea is a major disruption in Chinese efforts to become a regional and an international superpower.” More specifically, China’s relationship and diplomatic bargaining with the United States suffers each time North Korea acts up.

The growing debate boils down to the issue of where to concentrate China’s political capital. The CCP clearly wants regional stability, less aggressive rhetoric from North Korea, and to preserve political capital with North Korea. But that is the ideal; it cannot achieve all goals. According to Bennett, a hardline approach towards nuclear weapons would erode China’s standing with the North Korean regime.

China is pursuing a diplomatic solution to their problems, if only in an effort to save face. The CCP favors the resumption of the Six-Party Talks, a series of high-level diplomatic exchanges held intermittently between 2003 and 2009. The six parties that have historically been represented are China, North Korea, Russia, the United States, Japan, and South Korea. If it could manage to resume the Six-Party Talks, Bennett speculates that “China [would] again look like a major power.” However, even this approach is beset with problems. China has not been able to bring the U.S. and North Korea to the negotiating table, something Bennett characterizes in terms of tough choices in allocating “political capital.”

It is evident that China does not have the influence that it wants to assure other nations that it has. In order to untangle itself from this mess, the Chinese government needs to alter its current policy, but does this seem likely?

The rise of President Xi Jinping earlier this year could be seen as a steady step towards increased coordination between China and the United States. Xi certainly advocates for more discussion regarding North Korea. However, observers are unconvinced of any impending, substantial adjustment in China’s approach. “There appears to be far more continuity than change,” Bennett observes. “I think we [The United States] would love to see change.” Although the CCP’s internal debate has become more visible, China has not given any meaningful signs that it will bring much change to its North Korean policy any time soon.

Moving forward, China’s friendship with a regime that flouts international norms of behavior may unacceptably erode its pursuit to become a legitimately recognized world superpower. The non-export list appears to be a move towards resolving the nuclear problem in North Korea, but really may just as well be nothing more than a reluctant compromise without teeth.