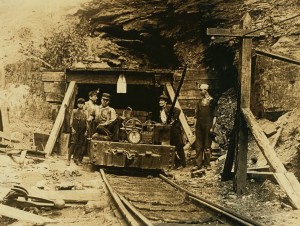 On Friday, the Environmental Protection Agency proposed new climate change regulations, affecting all future power plants. The program calls for some of the first federal carbon limits on the coal industry, requiring coal plants to cut emissions by more than 40 percent.

While the news should fire up Obama’s liberal base, it comes at a steep price. Democrats in coal-dependent districts (like my home state of Kentucky) were quick to distance themselves from the perceived EPA overregulation. Sen. Joe Manchin (D-W.Va.) has gone on record denouncing the regulations, as has Alison Lundergan Grimes, the likely Democratic nominee against the vulnerable Republican Senate Minority Leader Mitch McConnell in Kentucky.

The regulations play perfectly into the Republican mantra of “Obama’s war on coal” and could cost Democrats big nationally. If Democrats have any shot of taking back the House, or even holding on to the Senate, they will need to make inroads into conservative areas. These include areas where the most effective attack lines tie the Democratic nominee to Sen. Majority Leader Harry Reid (D-Nev.) , House Democratic Leader Nancy Pelosi and President Obama. Case in point: at this year’s Kentucky Fancy Farm political picnic, McConnell hammered Grimes on her ties to the unpopular Obama and his even more unpopular EPA.

Especially after the Syria debacle, Obama needs to prioritize what to focus on with his domestic agenda, and choosing to target coal plants is not the best plan. Coal remains a black and white issue for many voters in coal-producing states and Democrats will be unable to convince them that long-term environmental impact is more important than possible layoffs. Coal is a way of life in states such as Kentucky and West Virginia

Coal won’t last forever and is certainly a problem whose answer will require painful sacrifice. However, now might not be the best time for that answer, at least for the Democratic party.