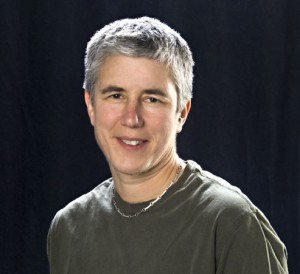 Jennifer L. Levi is a nationally recognized expert on transgender legal issues and the current director of the Transgender Rights Project for Gay & Lesbian Advocates and Defenders (GLAD).  Prior to joining GLAD, Levi served as counsel in a number of precedent-setting legal cases establishing basic rights for transgender people.  She co-edited Transgender Family Law: A Guide to Effective Advocacy, which instructs lawyers on how to best represent transgender clients.  Levi also teaches law at Western New England University and works on the Legal Committee of the World Professional Association for Transgender Health.  A graduate of Wellesley College and the University of Chicago Law School, Levi clerked for Judge Michael Boudin at the U.S. Court of Appeals for the First Circuit.

The Politic: Is the oft-made comparison between the quest for LGBTQ rights and the civil rights movement accurate? How so, and if not so, why not?

The experiences are related but, of course, different.  The history of race discrimination in this country is rooted in slavery.  That makes it a unique experience.  On the other hand, the lessons we have learned from it can be helpful in our quest for equal treatment of LGBTQ people.

The Politic: Do you think our collective vocabulary is inept for representing the wide variety of gender identities? For instance, there is little escaping the gender binary suggested by the pronouns “he” and “she.”  Anyone not a “he” and not a “she” generally only has the option of “it,” and that doesn’t seem satisfying.  What are your thoughts on this problem?  What, if anything, can be done about it?

I think we are just beginning to learn about the experiences of people who identify as neither male nor female or as truly both.  I do think our vocabulary is limited and limiting.  However, the bigger issue is probably that we have a lot more to learn about that experience in a real way that can help us understand the ways our legal system and structure negatively impacts those folks’ lives.

I do not think there is a valid argument to be made against equal access to civil marriage for LGBTQ people.  Marriage has seen many changes over the years which have historically been viewed as inconsistent with the very idea of marriage.  Historically, when women married they lost their independent identity as citizens.  They lost the right to own property, to sue or be sued in their own name; their legal identity was merged into that of their husband.  The idea that women would have an independent legal identity in marriage was understood to be part of the institution of marriage.  Similarly, historically, interracial marriage bans were not viewed by some who supported them as racist but simply as part of the definition of marriage.   That was wrong as we now know.

The Politic: Do you think the response and debate today on LGBTQ issues across American college campuses is sufficient?  In your opinion, are students vociferous enough in supporting LGBTQ rights?

There is always more to do, of course, to support LGBTQ rights.  I think that it is essential for the movement to hear the voices of college students.  I think the most exciting development in the advocacy and activism of college students is that students engaged in the work may or may not identify as LGBTQ.  Many students engage in LGBTQ advocacy because they see it as part of a broader social justice vision, not just because it may also impact their lives directly.

The Politic: What is the most important work that GLAD is doing at present?

All of GLAD’s work is essential in moving forward a vision of equality for the LGBTQ community.  I don’t view any of it as “the most important.”

The Politic: What have you found most exciting about working at GLAD?  Any particular moment, case, or argument?

It is impossible to single out anything as most exciting.  I love that the work I do has changed so much over the 15 years I’ve been at GLAD.  In the early days, I thought the work in opposition of criminal sex laws was exciting and important.  The early marriage work was amazingly engaging because it pushed us all to think about things in such new ways.  I love directing the transgender rights project because the work is so essential for so many people’s daily lives.  I look forward to doing more work especially on behalf of transgender youth and children raised by LGBTQ parents.  I am also excited to think more deeply about the ways that laws rooted in gender binarism impact gender-nonconforming people.

The Politic: Thank you Jennifer. This has been fascinating.

Abhimanyu Chandra is a staff writer for The Politic from Laurel, Mississippi. Contact him at abhimanyu.chandra@yale.edu. View more posts