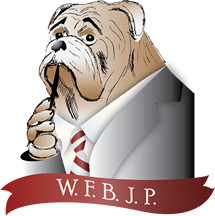 The Honorable James Buckley delivered the opening remarks to a room mostly full of dressed-up donors to—and supporters of—the program.  In line with the Buckley Program’s stated goal of increasing intellectual diversity at Yale, Buckley praised ideological entrepreneurs.  He recanted a story from Professor Donald Kagan’s benedictory address; when Kagan asked his students to name professors who are “out of the mainstream at Yale,” they could only name three.  By out of the mainstream, presumably, he meant conservative.  Buckley concluded his remarks by affirming that we are at a pivotal point in our country’s history, criticizing the length of the U.S. Code, and advocating for a reliance on individual initiative.

What happened? This was the question posed to a panel composed of Michael Barone, author of The Almanac of American Politics, Jonah Goldberg, editor-at-large of National Review Online, and Craig Shirley, a best-selling author.  The panelists could interpret the question as they wished.  Why did Mitt Romney lose in 2012?  What happened to the Republican Party?  What happened to conservatism in America?

Goldberg called Romney “authentically inauthentic,” like “the picture that comes with the frame.”  Don’t mistake this for a lack of support for Romney—no, there would be “fewer 404 errors under a Romney administration,” Goldberg said, referring to all the technical troubles with the Obamacare website.  But Romney failed in the one category that mattered most.  In an exit poll, callers asked voters to evaluate Obama and Romney by four criteria.  Romney won all of them except “cares about people like me.”

The panel in one-liners:

Cruz’s legal training may have led him astray on this. –Barone

There is a feedback loop where a lot of conservatives have lost interest in the politics of persuasion. –Goldberg

You can’t run America from one corrupt city along the Potomac River. –Shirley

Other panel topics included: “Standing Athwart History: Should Conservatives Accept A Truce On Social Issues?,” “Buckley As A Mentor: What Lessons Can We Learn From Him?,“ and “The Buckley Rule: What Is A Conservative Political Philosophy In The 21st Century?”  The evening featured a reception and dinner with keynote speakers Senator John Barrasso (R-WY) and former George W. Bush speechwriter William McGurn.

The Buckley Program started as an idea for a speaker series three years ago, but it has evolved into much more.  In addition to securing speakers and running an annual conference, it funds summer internships for students, holds debates, and conducts workshops and seminars.  Just recently, it acquired the “William Howard Taft Mansion” in New Haven, Connecticut.

David Steiner, from Pittsburgh, Pennsylvania, is the Online Editor of The Politic. Contact him at david.steiner@yale.edu View more posts