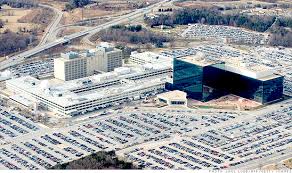 When James Clapper, America’s director of national intelligence, told Congress in March that the NSA does not gather data on millions of Americans he lied under oath. Later he claimed that he had simply said what was “least untruthful”.

Mr. Clapper, in his least untruthful account, had casually neglected to mention that a program code-named PRISM, which happens to be the single largest contributor to intelligence reports, collects an unknown quantity of emails, internet phone-calls, photos, videos, file transfers and volumes upon volumes of social networking interactions under the euphemism, “metadata”.

Second, he failed to speak of NSA’s flirtation with its “corporate partners” Google, Facebook, Apple, YouTube, Skype, Microsoft, and many more. So intent is NSA upon keeping this relationship a secret that the names of these corporations are defined as ECI–Exceptionally Controlled Information–a higher classification level than what Snowden’s documents cover. So every American who enters some of her most intimate details in a struggle to get access to health insurance through Obamacare’s new health exchanges is under the impression that her data is secure because of encryption. The documents Snowden revealed, however, show that NSA manages to circumvent such encryption, and not through traditional code cracking but through behind-the-scenes deals with the industry to insinuate weaknesses into commercial encryption.

Third, we are given the clarification time and time again that the NSA’s surveillance programs are closely monitored by the state and mandated by the Congress. The inner dynamic of this scrutiny, however, is as deviously covert as the surveillance program itself. It involves judges sitting in a secret court conducting secret proceedings into secretly petitioned applications for warrants that invade our secrecy. This is why when during investigation the court ordered Verizon to hand over metadata regarding the duration, direction, and location of subscribers’ calls, we did not find out about it until Snowden leaked the documents to the Guardian and the Washington Post. Meanwhile, Congress directly and vocally contradicts Obama’s claim that it had signed off these surveillance programs.

Fourth, the NSA not only has access to data generated in the US, it also has access to data gathered by close intelligence partners such as Britain’s GCHQ. The US is connected to 63 countries by fiber optic cables, the UK to 57. So one way or another, either through its “home field advantage” or through its “strategic partners,” the NSA ensures that it can tap into the traffic flowing into and out of the US, and between and beyond US citizens.

Last, while the scope of this surveillance, the size, the budget, the coverage – is massive, the utility is in fact uncertain at best and negative at worst. Bruce Schneier, a security expert says “Terrorism is a needle-in-a-haystack problem, and dumping more hay on the stack isn’t going to solve [it].” When and if needed, that one piece of critical information may be buried under heaps of useless metadata, impossible to be found at the right time by the right organization. This may help to explain just another one of the NSA’s lies; it claimed to have used this data to stop 54 plots but managed to offer evidence for only 4. Eventually the Deputy Director John Inglis conceded that at most one plot might have been disrupted. He has yet to specify which plot he was referring to. Meanwhile, we have yet to discover at what cost we traded our privacy for the security we still don’t have.