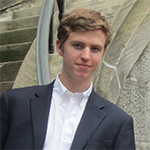 In his crisp, casual plaid shirt and jeans, Connor Feeley ’16 has a relaxed yet professional style that makes him one of the most approachable candidates for the Yale College Council this year. After serving as a Timothy Dwight representative and the Internal Affairs Manager for the Council, Feeley now seeks to follow a limited, manageable agenda in a new role: Finance Director. Running unopposed, Feeley has created a platform that is achievable and appealing.

Feeley’s overarching goal is to ensure that the YCC spends “every dollar” as effectively as possible. To this end, he plans to consider reallocation of the YCC’s budget, only half of which currently goes toward club sports and extracurricular organizations. The allocation “hasn’t been questioned for a long time,” he lamented in an interview with The Politic.

But if Feeley shifts more money to clubs, how will the YCC make up for its lost funding? Feeley said the solution lies in the newly-implemented Business Team. He stated that “the YCC is projected to bring in about $7,000 in sponsorships,” mostly related to Spring Fling. By directing his team to approach businesses for other campus events, Feely intends to increase that flow of funding. “If the Business Team is successful… you can change that allocation of money,” he asserted, because the YCC will make up for its smaller share of the pie.

Feeley is also keen to pursue financial aid reform with whichever candidate emerges victorious in the race for YCC President. “I’m confident in my ability to work with anybody,” he emphasized. “I can maintain a professional relationship.” Given his openness, eagerness, and reassuringly achievable platform, The Politic enthusiastically endorses Connor Feeley for YCC Finance Director.