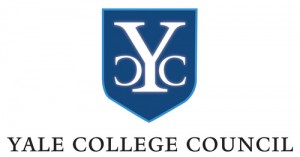 For President of the Yale College Council, The Politic endorses the candidate with Michael Herbert’s results-oriented drive and charm, with Sara Miller’s obvious passion and policy objectives, with Leah Motzkin’s energy and institutional support, and with Ben Ackerman’s unmatched experience. That candidate will refocus the YCC, regain the faith and support of the students, and reinvigorate the body’s relationship with the Yale administration. Yet because that candidate exists only in the minds of The Politic’s editorial board — and no declared contender comes close to boasting all of the necessary qualifications to effectively lead the YCC — we choose to endorse no candidate this year.

The next YCC president has a daunting path forward. Under his or her tenure, the Yale Corporation and administration will continue to consider financial aid reforms, mental health and sexual assault policies, fossil fuel divestment, and gender neutral housing; it is vital that the president preside firmly and competently. But for all of their obvious assets, this year’s field of candidates leaves student voters to make an unedifying choice.

After a remarkably enjoyable interview, we are confident in Michael Herbert ’16 as a leader and doer. His experience founding a fraternity and securing a house, serving in the NROTC program, as well as his policy fluency, are obvious and laudable. Nevertheless, Herbert is hamstrung by his lack of institutional know-how or support, and by his decision to run on a slate with VP candidate Chris Moates ’16. Also worrying is his already-contentious proposal to index the contribution of students on full financial aid to the Consumer Price Index.

Sara Miller ’16 deserves praise for injecting her personal experiences into her candidacy — at no time in The Politic’s meeting with Miller did we question her passion, sincerity, or the soundness of many of her policy proposals (particularly regarding financial aid). However, we worry about her ability to work and compromise with Yale’s administrators — to credibly translate her goals into realities. Ultimately, we strain to conceive of how her proposals become anything more than that.

During our interview with Leah Motzkin ’16, it was plain to all in the room that she felt strongly about many of the race’s issues and had built up a groundswell of support in and out of the YCC. Indeed, her stated policy objectives — adding representatives for “interest groups,” expanding gender neutral housing, and advocating for substantive mental health reforms — are all sound. Yet, in our interview she struggled to articulate exactly how she would guarantee specific, concrete results. Just as worrying is her track record; many of Motzkin’s projects on the YCC this year were never completed.

No one may question Ben Ackerman’s ’16 familiarity with the YCC and its operating procedures. After a year as Student Organizations Director, and in both Sunday’s presidential debate and our editorial board interview, Ackerman appeared polished and knowledgeable. Nonetheless, his tenure on the YCC’s board may ultimately be his biggest drawback — this year’s notoriously opaque UOC policies, the YCC’s poor relationship with the students they purportedly represent, and the efficacy of Ackerman’s projects in particular ultimately weaken his candidacy.

None of this is to say that whichever candidate is elected does not have the potential to capably lead the YCC next year. There is indeed wisdom in one of Joe Biden’s favorite sayings: “Don’t compare me to the almighty, compare me to the alternative.” Yet it is difficult to feign enthusiasm for any of this year’s four presidential hopefuls. It is disquieting to reconcile the candidates’ flaws with the certainty that one will soon lead our student council.

Still, it is crucially important that whichever candidate leads the YCC next year has a mandate for change and effective leadership. For better or for worse, the Yale College Council is the student body’s best avenue for engaging with the administration and realizing meaningful, substantive reform. No matter who you vote for, we implore you to meet the candidates, learn about their pasts and platforms, and make sure to vote.