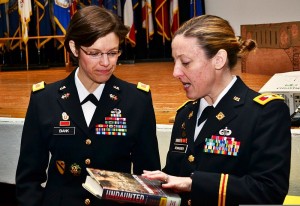 Throughout this past Senate session, two powerful female Senators from the same party have divided the floor over sexual assault in the military. The competing bills of Kirsten Gillibrand of New York and Claire McCaskill of Missouri have forced blue and red Senators alike to forget party allegiances and lobby Democrats and Republicans.

Senator Gillibrand’s proposal, the Military Justice Improvement Act, requires the removal of sexual assault cases from the military chain of command. It would give the power to prosecute cases to military prosecutors instead of the accuser’s commanders. On Tuesday, despite its controversial nature, Senate Majority Leader Harry Reid endorsed this bill.

On the other hand, Senator McCaskill’s, supported by top Pentagon officials and partly written by Senator Carl Levin, a Michigan Democrat and chairman of the Armed Services Committee, keeps control of court-martial procedures within the chain of command.

This issue requires urgency, since over 3,500 sexual assault complaints had been reported to the Defense Department from October 2012 through June. This statistic has seen a 50% increase from a year ago.

The attention and controversies that have surrounded these two bills do not simply deserve our attention because of the unusual party dynamics and alliances — the dialogue, the politicking, and the ultimate votes will unveil a reality necessary to our understanding of women’s roles in the largely male-dominated military culture. The handling and attitudes towards sexual assault cases demand a rethinking of military protocol within a traditionally conservative institution. Now 50 Senators have now publicly endorsed Gillibrand’s bill. Members of Congress along with their constituents should support this legislation, because it provides the better framework to ensure that Americans in the military feel safe and protected by the nation they serve.