“Government should be transparent.” 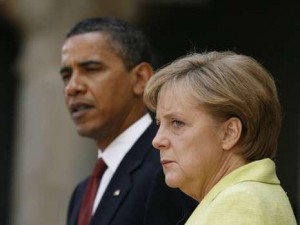 That statement can be found in bold letters on the White House website, right below the administration’s claim to create an “unprecedented level of openness in Government” and “work together to ensure the public trust and establish a system of transparency.”

It can seem a bit ironic considering the renewed controversy over government surveillance this week after reports that the NSA had tapped German Chancellor Angela Merkel’s mobile phone were released. Although Europe’s reactions to the initial NSA leaks were rather mild, this seems to be the tipping point, and European parliamentary officials will be meeting with the U.S. government on Monday to demand more information.

It’s no surprise that the U.S. monitors foreign countries — other European countries freely admit to eavesdropping as well—nor can we as the American public reasonably expect the government to disclose that kind of information to us, but the activities of the NSA are anything but transparent. The Obama Administration says right on its website that “transparency promotes accountability,” yet there is no way to hold the government accountable when the public is wholly unaware of the extent to which it is monitoring both U.S. and foreign citizens.

The administration also speaks of harnessing new technologies to further government transparency, yet the NSA has done exactly the opposite. What is most astounding is that the government would risk its relationship with Germany, the current economic power in Europe, to collect data on Chancellor Merkel that in all likelihood has been next to useless.

The government already suffered a loss in public confidence when the NSA reports first leaked last May, and this dispute with Germany further illustrates the folly of current surveillance policies. Transparency breeds trust, but if the government continues its current practices, it will find it very difficult to secure the trust of anyone.