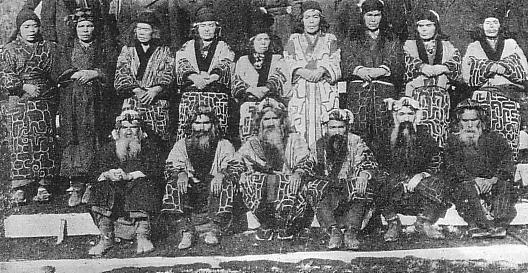 “Up until 1986… the government of Japan denied even our existence in its proud claim that Japan, alone in the world, is a ‘mono-ethnic nation’… However, you need not worry. I am most definitely not a ghost. I am standing here firmly before you.”

As I sat on the Japanese bullet train, the Shinkansen, Giichi Nomura’s 1992 speech before the UN General Assembly resonated. His community — the existence of which Japan denies — is the Ainu, an indigenous people ethnically distinct from the Japanese. The northern island of Japan, Hokkaido, is their place of origin and was also the train’s destination.

I passed through an underwater tunnel connecting Hokkaido to the main island, leaving behind the sunny cosmopolitan capital for a snowy rural landscape. Until late medieval times, Hokkaido was not part of Japan. Rich in natural resources, this small island was once a separate nation called Ezo. Tokyo, however, long had its eye on Ezo, finally annexing the island state during the reign of the Japanese imperial government. Thus began a story all-too-familiar to minorities around the world; in its bid to “modernize” Japan, the government began to forcibly assimilate the Ainu.

But what is surprisingly unfamiliar about the Ainu story — unlike the stories of Aboriginal Australians or Native Americans — is that many modern Japanese citizens don’t even consider it a minority issue. Before leaving for Hokkaido, I sat down with one Diet (Parliament) member who assaulted me with a tirade, yelling, “What the hell?” while expressing strong opinions on a variety of issues. But when asked about minorities in Japan, his vitriol disappeared. “What minorities?” Upon mention of the Ainu, he asked, “What about them?” The Ainu, he assured me, were very rarely discussed, and they were a tiny community anyway. 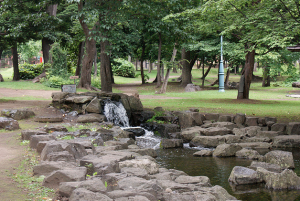 Like other Diet members, all he had heard of was the sole Ainu Diet member in Japanese history, the late Shigeru Kayano. Kayano’s son, Shiro Kayano, is among the most prominent Ainu fighting to change the attitude of Tokyo’s leadership. With an excited smile, he warmly welcomed us to his office, a one-story wooden house. Kayano’s house-office is nestled in his hometown of Nibutani, a snow covered village in the Biratori region that had probably never before seen a group of seven foreign college students. His office also functions as the headquarters of the Ainu Political Party, which he founded in January 2012 after a trip to a Cuzco indigenous people conference.

Kayano explained that in the midst of profound tangents on a variety of modern Japanese issues, the Ainu have far from recovered from their historical “being stepped on.” While a sixth of the people in Biratori are Ainu, there are no Ainu mayors or governors, and only 10-12 people in the town speak the Ainu language.  Additionally, according to a 2006 survey, 28 percent of Ainu in Hokkaido said they had either faced discrimination or knew someone who had. And with a population that is disproportionately poverty stricken, only 17 percent of the Ainu attending high school go on to college, compared to the national average of roughly 40 percent.

Outside of Hokkaido, an official Ainu population figure does not even exist. Estimates range from two to three thousand Ainu, compared to the 23,782 officially living in Hokkaido. Kayano’s party has neither the requisite seats in the Diet to qualify as a national party nor the funds to come anywhere close for many years to come. Tokyo’s gleaming halls of power may have recognized the existence of Ainu in 1986, but — according to Kanyano — they are still largely indifferent towards them today.

Perhaps most worrisome is the indifference of the Ainu towards their plight.  Kayano is part of a tiny fraction of the Ainu community that is actively fighting to preserve Ainu culture.

Teruki Trunemoto, Director of Japan’s sole center for Ainu research, elaborated on this problem when we interviewed him at Hokkaido University.  Ainu parents often don’t pass down traditions to their children because of scarring memories of discrimination in their own youth. As a result, today’s young Ainu feel little passion for their rights as minorities and prefer to leave the problems of their rural homes behind for more exciting and wealthy cities. But does the apathy amongst most Ainu render political movements led by a few to be meaningless? No, as Trunemoto answered; Ainu youth must first have the opportunity to learn about their culture before they can decide to abandon it. 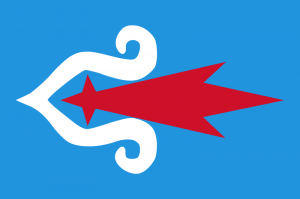 We then spoke to one activist who believes that Ainu and modern lifestyles are not mutually exclusive. Like most Ainu, he grew up in an isolated rural community and had trouble adjusting to the cosmopolitan Sapporo, where he moved for university. Unlike most Ainu, though, he feels that being Ainu is integral to his identity and, troubled by the ignorance of his educated classmates, he joined the Ainu Association of Hokkaido, the oldest such organization in the country.

This activist believes his decision to remain in Sapporo does not conflict with his Ainu identity. Ainu, he says, can buy grocery items from stores but still appreciate that these items come from nature and from kamui, the spirits that reside in all objects. Moreover, he thinks, adapting to modern Japan is a good thing, and it was precisely because the Ainu didn’t do so under the Meiji government that they remained a rural, poverty-trapped people. Even Kayano, who continues to live in his hometown, has adapted in certain ways; he was dressed in a Western jacket and boots when we interviewed him.

The struggle to adapt to a fast-changing world while remaining true to one’s roots is often expressed in interesting ways. While we were in Sapporo, we visited an exhibition on contemporary Ainu art in the region’s premier museum, the Hokkaido Museum of Modern Art. The exhibit began with traditional clothes and jewelry pieces before transitioning to modern tapestries made with Ainu patterns. Further in, in a section dedicated to traditional wooden sculptures of bears, a bear drinking from a red Coca-Cola can with a black tire around his waist stared down at us from a display. Towards the end, a tiny glass case exhibited an iPhone 5 case printed with an Ainu design.

On the opposite side, there stood a life-sized wood sculpture of the silhouette of a headless man wearing a fleece jacket. His jacket was partially unzipped from the top, revealing a trademark Ainu print on the back of the jacket and the zip contained one word: identity.