This is a real photo of Martin O’Malley, contender for the 2016 presidential nomination.

A lot of commentators (including us) assumed that after his Lieutenant Governor, Anthony Brown, embarrassingly lost the Governor’s Mansion to Republican challenger Larry Hogan, Martin O’Malley’s quixotic campaign for the White House would be dead. But like a phoenix, or perhaps like a Walking Dead zombie, the O’Malley presidential bid just won’t quit. The newest development: the Maryland governor has hired hotshot campaign operative Bill Hyers, who most recently served as campaign manager for Bill de Blasio.

O’Malley aides said Bill Hyers had been informally advising the outgoing Maryland governor for months, but, with the midterm elections over, is now joining the O’Malley’s team on a formal basis.

Hyers is one of the top Democratic strategists nationally and oversaw de Blasio’s dark-horse primary win in 2013. He was President Barack Obama’s Pennsylvania state director in 2012 and previously worked for Democratic Sen. Kirsten Gillibrand of New York.

Will this help O’Malley overcome the Clinton machine? Probably not. But it will be fun* to see him try!

*And by fun we mean the peculiar mix of pleasure and despair one feels when watching someone’s lifelong aspiration be slowly crushed under the weight of public pressure and ridicule until nothing is left.

UPDATE: Jacob Wasserman ’16, friend of The Politic Blog, has sent along this beautifully rendered depiction of Governor O’Malley in full Napoleonic glory. We hope that the Governor will never stop taking photos on horses. We also hope that he will consider using this in his campaign material. That, dear friends, is how one beats the Clintons. 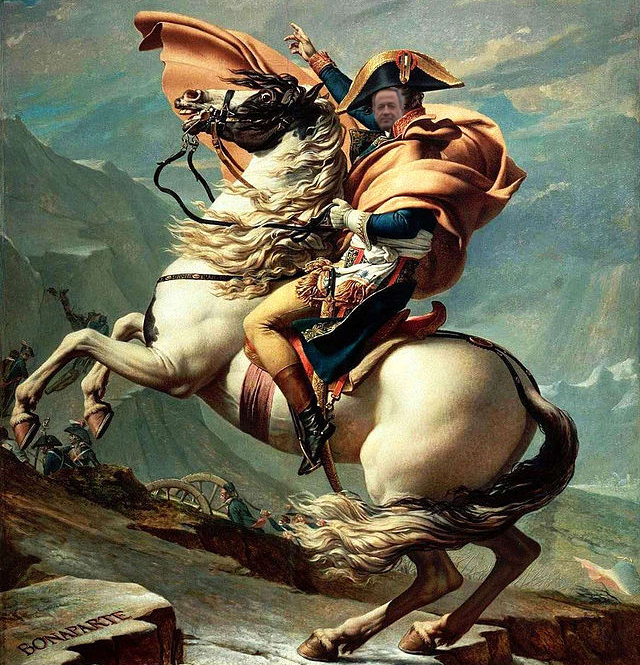