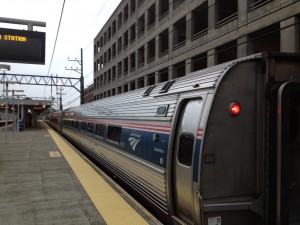 Its popularity is surging, especially among the young and poor. It not only works, but it works well. It strengthens the economy and helps citizens from all walks of life. And it is constantly under attack by the Republican Party.

Mass transit in the United States is on the precipice of a breakthrough moment. Its time to seize the stage has come—but will it seize the opportunity?

A great deal of the recent surge can be credited to a generational shift. Today’s high schoolers, college students and young professionals are, generally speaking, more environmentally-conscious and faced with dimmer career prospects. Investing in a fancy car just doesn’t make as much sense as it once did. And even driving an old beater incurs fuel costs most of us would rather avoid. In 1998, two-thirds of eligible teens 19 or younger had driver’s licenses, while today fewer than half do. No need to drive a flashy Corvette—just flash your MetroCard or SmarTrip to show you’re on board with the trend.

All of this marks a departure from the long decline of the 1970s and 80s, when urban decay took hold across the nation. The mammoth, architecturally intricate stone train stations that once served as city hubs became more like mausoleums to a time gone by. Cities in general, and places like subway stations in particular, became a symbol of crime and the crumbling of America’s once-unmatched infrastructure.

Today, cities in the United States are thriving once again (yes, there are exceptions; see Detroit). Crime is down. And there is a premium now more than ever on efficiency and sustainability.

Americans have always been a people in motion—placed on such a sprawling continent, how could we be anything but?—and today this means of motion is changing. In the weeks and months ahead I’ll be examining the way mass transit is changing in the United States, particularly in the northeast. I will begin next week with my own beloved home state of New Jersey—for nowhere else is public transit more crucial.