This page is not intended for viewing on mobile devices.

Welcome to The Politic’s

Your one-stop-shop for the 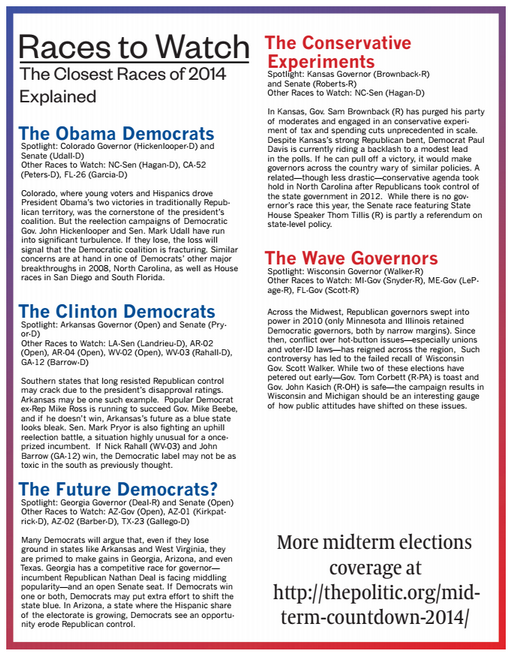 // Demystifying the World of Political Modeling: This fall’s election night will not only pit Democrats against Republicans and pundits against analysts: models will also be going head-to-head.

// House Spotlight, Part I: With November 4 less than a week away, we take a look at the most exciting House races taking place across the country.

// Senate Ratings, One Week Out: With one week until the election, we have a raft of changes in our Senate ratings.

// The Nailbiters, Gubernatorial Edition: We look at our final set of gubernatorial races.

// The Nailbiters, Senate Edition: We profile our last five Senate races; they were the toss-ups as of two weeks ago, but only one of them still sits in that category.

// Four Weeks Out: Where things stand in races across the country.

// Gubernatorial Leaners: Taking a closer look at the governor’s races that are up for grabs.

// Ratings Updates for the Week of September 15: Updates on races across the country, from the full-fledged disaster in Ohio to the “devouring” going on in Pennsylvania.

// Showdown in the Sunflower State: Will one of America’s reddest states feel blue this November?

// Gubernatorial Moonshots: Tackling the long-shot opportunities in this year’s thirty-six gubernatorial elections, from least to most competitive.

// Senate Moonshots: The races we’re not quite ready to write off.

// Stage II of the Republican Civil War: This election cycle, the civil war between establishment and insurgent elements in the Republican Party has moved firmly into the trenches. 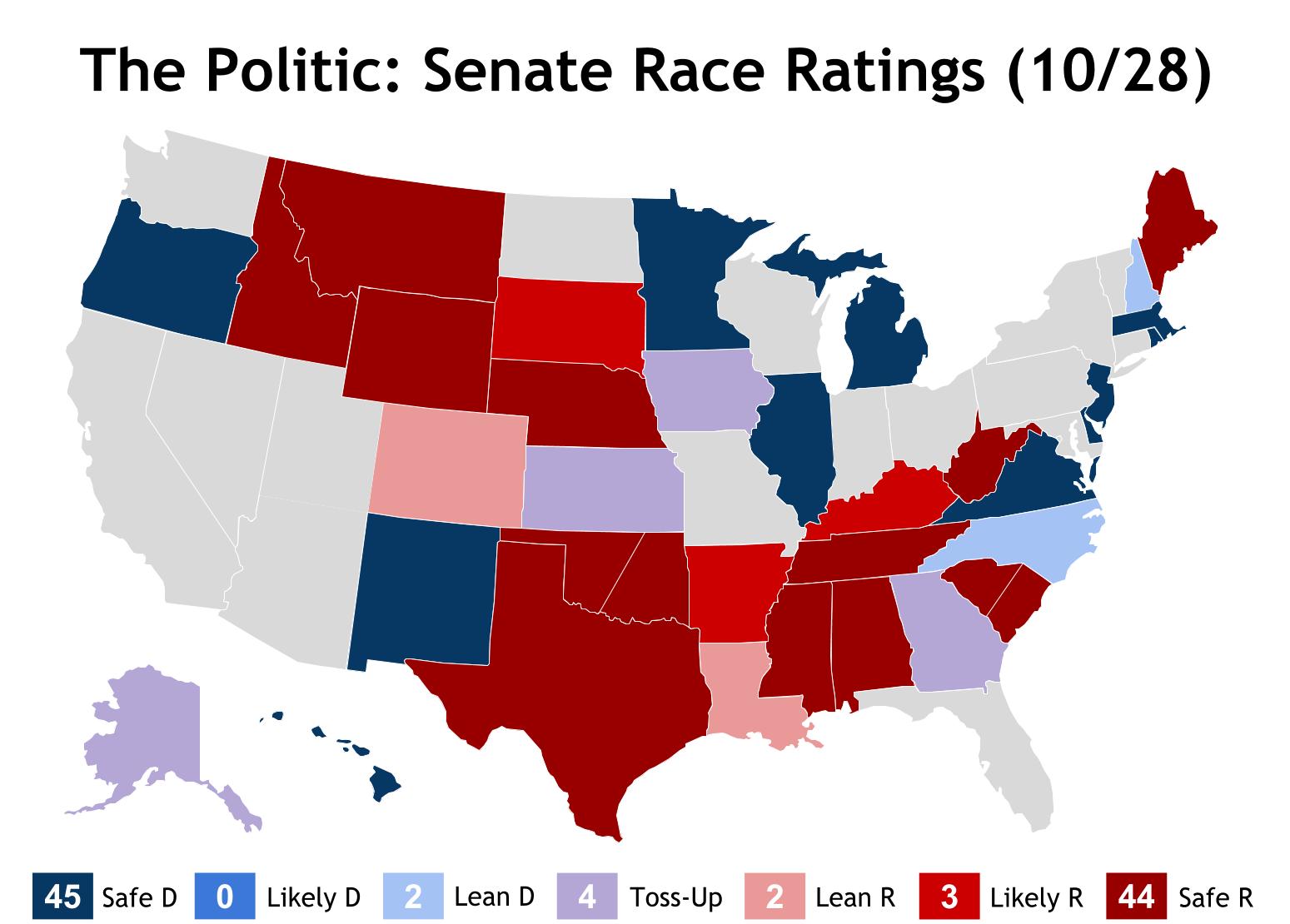