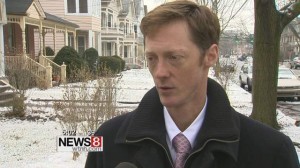 In the wake of the Citizens United decision, people across the country are increasingly aware of the negative influence that money has had on our politics. In New Haven, special interests have long had a corrosive impact on the city. Well-heeled and well-connected contractors and suburban interests have been able to gain from the city in exchange for campaign contributions. It is time that we return government in New Haven to the people of New Haven.

That’s why I have been so adamant about my approach to campaign finance. In the primary, I participated in the Democracy Fund, a city-sponsored clean elections fund that provides matching grants to candidates who raise money from New Haven residents. And in the general election, where I am not eligible for the Fund, I have stayed true to its principles. In both cases, I have limited individual contributions to $370 and eschewed contributions from Political Action Committees. The vast majority (around 80 percent) of my contributions come from New Haven and is comprised of small donations. In fact, I have received over 800 donations from New Haveners and counting. This dedication to a clean campaign funded by local residents will lay the groundwork for an administration that governs for and by the people who live here, not outside influences who would seek to control it.

My opponent, Senator Harp, has unfortunately taken a different path. She rejected using the Democracy Fund and instead embraced the old pay-to-play politics of the past. Despite her significant experience working on issues in New Haven, the vast majority of her money has come from outside the Elm City. She has received contributions from dozens of lobbyists and contractors, who all have something to gain from her election. One example in particular highlights the uncomfortable connection between Senator Harp and interests who are hoping that this election will deepen their pockets.

This summer, a medical care company lost its contract with the City of New Haven to provide care to city employees after one of their doctors made a fraudulent claim to allow an employee to take time off from their city job to work a second position secretly. The day after the company lost its contract, doctors from the company bundled $9,000 in contributions to Senator Harp. Despite the clear sign of impropriety with both the money and the organization itself, Senator Harp has refused to return the donations. Voters want, and New Haven needs, an honest and transparent government. Senator Harp’s approach to campaign finances has not embraced these values.

Still, some have argued that, when faced with all the other troubles in our city, campaign finance is a side issue of little importance. The truth is that how a candidate handles this issue speaks to how they will govern and drive this city forward. When a candidate owes much of their campaign largesse to big developers, they often make development decisions that benefit those friends over the taxpayers of the city. When a candidate says “yes” to every special favor for every special interest, the city’s budget swells with pension and debt promises that it cannot keep. But when a candidate seeks, instead, the donations, volunteer support, and votes of everyday residents, that candidate can make the city government more independent, responsive to citizens, and effective.

I am that candidate and I hope you will make me that mayor.