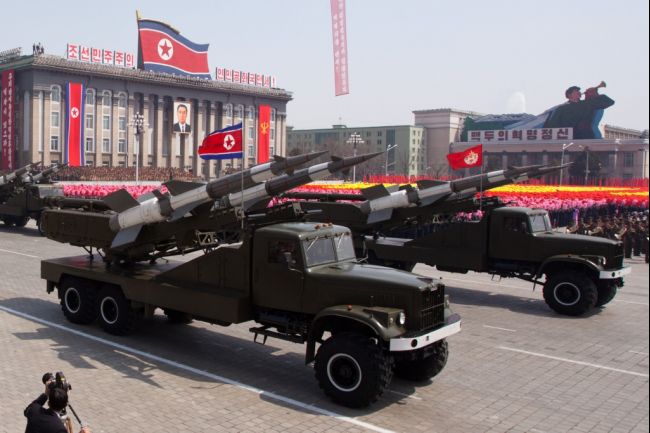 Two days ago, the Democratic People’s Republic of Korea (DRPK) declared that the Korean peninsula was once again entering a “state of war.” In the United States, few paid attention. Of course, our military responded appropriately, moving the USS McCain, a ship capable of intercepting missiles, into the waters of the Korean peninsula. Yet despite the attentiveness of our military, most Americans are underwhelmed by and willing to shrug off the dictator Kim Jong-Un’s threats.

In many ways, they have good reason to be.

As White House spokeswoman Caitlin Hayden commented, “North Korea has a long history of bellicose rhetoric and threats, and today’s announcement follows that familiar pattern.” Surely, we say, this is mere propaganda. posturing to hold together a collapsing dictatorship. The DPRK knows that it could never defeat the US, so it will never try. At the end of the day, Kim Jong-Un and his cronies are just crazy.

It is certainly possible that the regime’s leaders have begun to buy into their own propaganda, leaving them with an inflated conception of their state’s power and a distorted narrative of recent history. However, this possibility should not calm, but absolutely terrify us. A rational state actor would never launch a nuclear attack — any attack, really — on the US or one of its allies. A lunatic might not show similar restraint. And yes, it’s true that the US and South Korea could win in any foreseeable conflict. Given China’s recent military mobilization on the North Korean border, they might have a third significant ally in that endeavor. Yet the human cost necessary to achieve that victory is nothing to shrug off.

Then, of course, there is the possibility that Kim Jong-un is not in fact crazy, but a tactful realpolitik. This too ought to bother us as his heightened rhetoric might signal heightened chaos within the Korean state itself. Sure, I would enjoy watching the DPRK’s immoral regime collapse, but due to the regime’s possession of nuclear technology, containing a potential state failure is harder than it sounds. The US government has been preparing for this possibility in the near future, but has had difficulties devising an appropriate strategy for both containing nuclear technology and protecting the peninsula from the North’s population.

In two ways, Kim Jong-un’s new declarations might forecast international instability. Although they may yet turn out to be meaningless, we, given the immensity of the stakes at hand, ought to treat the issue with the severity that it deserves. Indeed, instead of poking fun at the regime, we must elevate the role of DPRK relations in our public discourse.