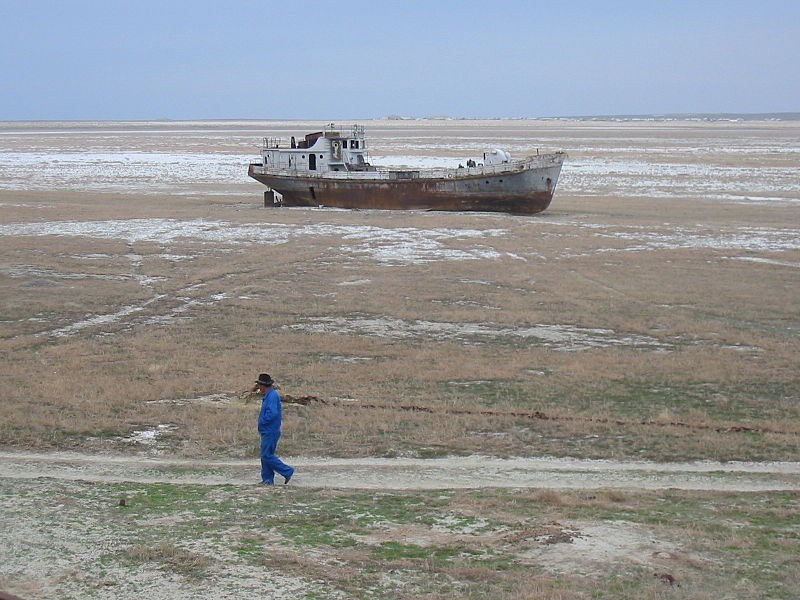 The Middle East faces a problem. Though large, the underground water reserves dotting the region will not be replenished during our lifetimes, nor during those of future generations.

To people familiar with the region’s dry climate, this shouldn’t be a much of a shock. The real surprise, however, is that the problem may extend far beyond the Middle East

Jay Famiglietti is a professor of earth system science and civil and environmental engineering at the University of California, Irvine, and has spent years researching the Middle East’s water patterns. In his recent study on the rapid depletion of aquifers under the Tigris and Euphrates river basins, Famiglietti found that the Middle East’s underwater reserves are at their lowest levels in recorded history. His research relied upon improved satellite technology, which has since overturned the “denial policies” of nations misrepresenting their water supplies. Satellite tracking has not only opened the world’s eyes to depleted aquifers in the Middle East and Africa – regions in which policymakers are already aware of the increasingly dry climates – but also in other parts of the world with rainier environments.

One location is the small town of Cherrapunji, India. During its annual rainy season, this hill town is inundated with more than 40 feet of rain – about 12 times what Seattle gets. Despite these heavy rainfalls, many North Indian denizens struggle to find clean drinking water during the November through March dry season. Lower aquifer levels are one factor, but another barrier to finding clean drinking water in India is that much of the available water is contaminated by factory discharge and poor sanitation. According to UNICEF, each year, 600,000 Indian children die because of diarrhea or pneumonia, often caused by toxic water and poor hygiene. Half of the water supply in rural areas – where 70 percent of India’s population lives – is routinely contaminated with toxic water.

A recent report released by McKinsey & Company states that aquifers in major cities – including Delhi, Mumbai, Hyderabad, and Chennai – are declining at such a rapid rate that they might run dry within a few years. This situation is so dire that in Gurgaon, a city just south of Delhi, a judge ordered a moratorium on all public and private construction until projects could prove that they were using only recycled water and not groundwater. 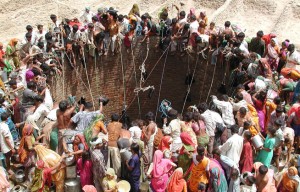 Water system maintenance in these large Indian cities is often nonexistent. A recent New York Times article reported that water taps in New Delhi operate on average for just three hours a day, because 30 to 70 percent of the water is lost to leaky pipes and theft

According to Smita Misra, a senior economist at the World Bank, “India is lagging far behind the rest of the world in providing water and sanitation both to its rural and urban populations. Not one city in India provides water on an all-day, everyday basis.”

The challenge of providing clean drinking water to a growing country is not only endemic to India but extends to other developing nations, including neighboring China. This past December, 39 tons of the toxic chemical aniline spilled from the Tianji Coal Chemical Industry Group, a factory in China’s Shanxi province. This waste polluted drinking water for hundreds of thousands of people along the Zhuozhang River.

The toxic spill brought immense attention to China’s drinking water problem and underscored other harsh realities uncovered. The Greenpeace environmental organization, for instance, discovered that coal and chemical industries in northern China consume water so rapidly that they are drying up the water resources further downstream. It is predicted that, by 2015, water consumption by these industries in northern and western China will use a quarter of the water flowing annually in the nearby Yellow River.

The World Wildlife Fund recently concluded that in the last 40 years, 13 percent of China’s lakes have disappeared, half its coastal wetlands have been lost to reclamation, and 50 percent of cities are left without drinking water that meets acceptable hygienic standards. It is no surprise that the United Nations has designated China as one of 13 countries with extreme water shortages. 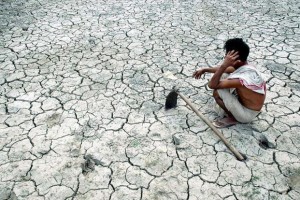 John Brittan is the technical director at Siemens Water Technologies, which supplies solutions to industries around the world for the purification and treatment of their processed water, wastewater, and recycled water before its discharge. In an interview with The Politic, Brittan said that the United States has relatively stringent regulations on what industries can discharge to municipal wastewater treatment facilities and into natural water bodies. In contrast, China has been fairly lax in implementing or enforcing such regulations. It is not uncommon for Chinese industries to discharge their wastewater with limited or no treatment, with detrimental environmental effects.

China’s ineffectual response to its water crisis is in part a result of a split government approach. On the one hand, local communities have implemented small-scale solutions focusing on the water consumption of coal and chemical companies. This has proven insufficient, like bringing a knife to a gunfight. Plans for large-scale water diversion projects, meanwhile, are flagging. The South-North Water Diversion Project, for instance, is expected to transfer approximately 1 billion cubic meters of water each year to the northern city of Tianjin. The project has missed deadline after deadline. If the project is completed (final deadline: 2030), it will transfer 12 to 13 billion cubic meters annually to this northern city to then be distributed to surrounding towns.

According to Brittan, India has recently shifted its discharge requirements. Recognizing the harsh realities of its water supply limitations, India now enforces fairly strict regulations on how much water can be drawn out of the ground. These new rules, relative to the nature and magnitude of the project, specify how clean the used water must be before it’s discharged. In fact, Brittan stated, “In some ways, India is becoming more stringent than the United States with regard to the level of constituents that can be in water before it is discharged.”

Does Brittan expect an international wastewater treatment and discharge agreement, a Kyoto Protocol equivalent? He was not optimistic. At best, he conjectured, nations will agree to a few international guidelines. Wastewater treatment is costly, and not every nation has the economic wherewithal to endure what would constitute sizeable financial burdens.

With no foreseeable or feasible regulatory regime on the horizon, there are certain actions that all countries should consider instituting. For one, groundwater should be included under the water management umbrella. In most of the world, including the United States and the majority of countries in the Middle East, groundwater pumping is unregulated and unmonitored.

Secondly, there should be continued research, investment, and development in agricultural and irrigation conservation and efficiency. Because over 80 percent of the world’s water resources are used to support agriculture, such improvements are not only advisable, but also absolutely necessary for the sustainability of available drinking water.

There have been recent achievements and large gains in water technology. For instance, in sub-Saharan Africa, solar-powered pumping systems and drip irrigation methods produce drinking water even during dry months. Yet drinking water availability has undeniably become one of the century’s most pressing issues. To some extent, the water dilemma is as urgent as the need to develop renewable energy sources. Thus, in the coming months, years, and decades, there is a strong chance that limited freshwater supplies will trigger an increasing number of political tensions regarding water allotment, both domestically and internationally.

And just as political actors have begun to act with urgency on the climate change front, our leaders must quickly move to improve global access to clean water – or prepare to face dire consequences.

Derek Soled is a freshman in Branford College