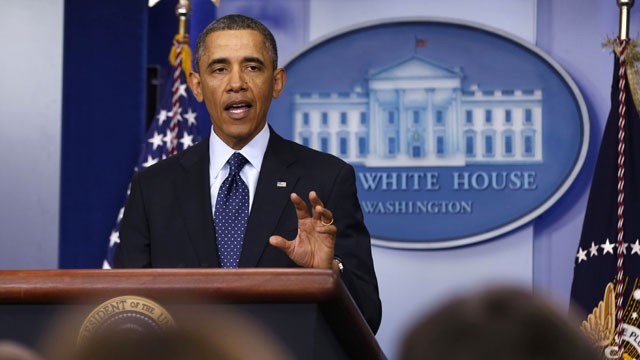 In a show of solidarity with workers furloughed due to sequester budget cuts, President Obama has agreed to return 5% of his $400,000 annual salary to the Federal Government. While the President’s salary, as well as those of members of Congress, is set by law and cannot be increased or decreased, he will return 5%, or $20,000, to the Treasury.

Secretary of State John Kerry followed the announcement with a 5% cut in his own $183,500 salary. Vice President Biden and Democratic and Republican Congressional leaders are apparently mulling over cuts of their own.

According to the Congressional Budget Office (CBO), the sequester – which will cut between $200 and $300 billion in federal funding in the 2013 fiscal year – will reduce GDP growth by .6% over the next year, in addition to destroying, or preventing the addition of, 750,000 jobs.

All that is in addition to the immediate effects that the sequester has already had around the nation. Non-essential services—and even some highly regarded services such as airport traffic control—have been cut around the nation, and numerous federal employees have already lost their jobs or seen their paychecks cut.

Critics claim that President Obama’s pay cut is both unnecessary, and overtly political—meant to draw attention to the sequester, for which Democrats seek to emphasize the impact of, in an effort to place blame for the cut squarely on the shoulders of Congressional Republicans. But, in addition to reminding the public about dangerous cuts, the President’s move may give some hope to a nation feeling increasingly disconnected from its political elite.

While Obama’s political maneuvering is rather opaque, the message of his cut is more meaningful than simply another partisan punch. A Government that forces harsh cuts onto its own people should personally face the consequences of those cuts as well, even if that means reducing their own pay.

Andre Manuel is a staff writer for The Politic from New York, New York. Contact him at andre.manuel@yale.edu. View more posts