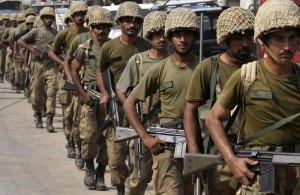 This past weekend, something rather unexpected happened concerning the Taliban insurgency in Pakistan.

It’s not simply that the Pakistani Taliban struck out against the Pakistani government–that much is to be expected. Rather, it’s the success that this particular attack had that brought attention, for the Pakistani Taliban was able to kill Major General Sanaullah Khan Niazi along with another officer and soldier in a roadside bomb. Maj. Gen. Niazi was the commander of the Swat Valley, an area in which major Taliban operations took place in 2009 but the government just announced its plans for a phased withdrawal from the valley.

This casts lights upon one of Pakistan’s fundamental problems; it has, for years, grappled with the fact it has been unable to end the insurgency and fully exert control over its entire territory. The Pakistani military has been fighting, with varying levels of zeal, insurgents for the better part of a decade now.

Individual problems have culminated to create problems within Pakistan, including hesitancy from the military establishment to go all out in the fight against terrorism, conflict between the civilian administration, the military, and the judiciary, and the tribal nature of the aptly named Federal Administered Tribal Areas. Combined with the recent past and present of the region as well as the rather porous border, there exists not only a haven for the Afghan Taliban to hide, but also room for a homegrown Pakistani Taliban.

Given the attack on a nuclear-armed Pakistani airbase by the Pakistani Taliban last year, it certainly causes pause.