The United States is 5,700 miles away from Ukraine, but these days my homeland feels closer than ever. Being Ukrainian but having lived in the US for the last seven years, I stay up to date on the events in Ukraine by following the news and talking to family and friends who live there. My heart skips a bit every time I hear alarming news. The news alerts on my phone often drive me into a frenzy of phone calls and search for more up-to-date information, followed by prayers for peace and protection. It is terrifying to see pictures of bombarded neighborhoods in Eastern Ukraine. It is heartbreaking to read the stories of survivors among both civilians who fled the occupied territories and young injured soldiers who made their escape possible. It is frustrating to watch all these unfolding from so far away.

I read about the MH17 tragedy minutes after it happened (thank you Google alerts!). The news made me stop in the middle of my workday. Not being able to continue with my work, I ran out to make a few quick phone calls and then I started to follow the reporting on this catastrophe. The more I read about it over the following few days, the more angry and annoyed I felt as the reporting was plagued by conspiracies and hoaxes.

The reports coming from leading Russian news outlets blamed Ukrainian troops for shooting down the jet after mistaking it for Putin’s official plane. Apparently, Ukrainian forces were nothing but puppets in the hands of a Western mastermind who wants to destroy Putin’s plans of developing an alternative economic system and global bank with the BRICS (Brazil, Russia, India, China and South Africa). The journalists never bothered to explain why the Ukrainians might have thought Putin would be flying over, as he was in fact attending a well-publicized summit in Brazil on the day of the crash. These reporters disputed the possibility that rebels may have hit the plane with a Buk surface-to-air missile. For instance, the Russian state-owned ITAR-TASS agency quoted rebels denying control over such weapons despite the fact that same ITAR-TASS had previously reported that the rebels had seized Buks from a Ukrainian military base. Some theories are even stranger, such as the one claiming that no crash occurred and that the scene was staged with corpses from the earlier Malaysia Air which were sprinkled with fake documents and personal belongings to confuse investigators.

While these conspiracy-driven stories do not seem even slightly believable to many logical minds, they absolve Putin of responsibility by providing facts that support his version of the events. When the events in my homeland are depicted in absolute “us versus West” terms, the details like “who fired the missile?” or “why?” fade to irrelevancy.

Unfortunately, many previous events including the Maidan protest movement were interpreted in a similarly paranoid way. The official Russian explanation of the Maidan movement, believed even by a fair number of Ukrainian people, was that “Ukraine is just one manifestation of the American unwillingness to yield in the geopolitical fight. Americans are not ready to admit that they cannot run the show in each and every part of the globe from Washington alone.” These words reflect the time-proven strategy of many despotic regimes: use patriotic fever against a perceived enemy. Even if people will be skeptical of your action, they will remain immune to the facts and evidence coming from the outside. My heart breaks when people I know in Ukraine and Russia, members of intelligentsia and professionals, suddenly embrace this conspiracy-fueled way of thinking that ignores fact. 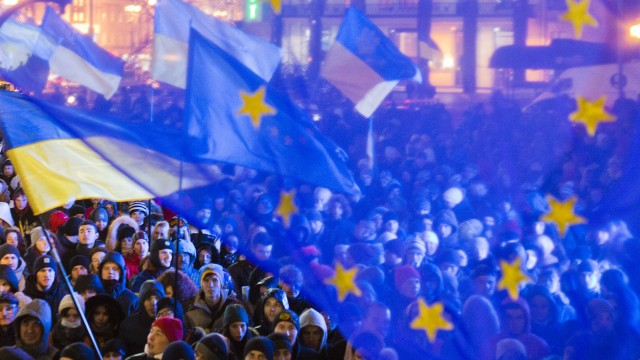 What makes rational people believe irrational things? Why conspiracy theories are so appealing to many people in Russia and Ukraine? What counts as a conspiracy? A conspiracy is born when these events are explained by the secret work of powerful people who have also managed to conceal their role. These theories are based on far-fetched claims that are nearly impossible to prove or disprove. The whole theory usually hinges on the idea that it is not a part of mainstream explanation; the “official story” is unresolved; the conspiracy is ongoing; and the truth will be revealed in the future. Conspiracy theorists search for ambiguity in order to point out that everything is not as it seems. Everyone is brainwashed and the facts plainly reveal the existence of the plot. In their account of events, the invisible mastermind who pulls all the strings is necessary evil. The degree of this evil group, however, is not limited to mere self-interest, corruption or cruelty. This behind-the-scene group causes many ills from which we suffer. It intends to destroy or subvert everything we hold dear by orchestrating acts of unthinkable cruelty. When someone gets into this self-sealing reasoning and ignores every fact that is pointing the other way, when their skepticism morphs into nihilism denying absolutely everything that comes from official sources, it is safe to say that the person has fallen prey to conspiracy.

Many such theories were born out of recent events in Ukraine.

It is interesting to notice that conspiracy theorists usually believe in more than one theory. Conspiracy theories are more than just a response to a single event. Rather, they are manifestations of an overarching worldview.

In his 1954 classic, The Paranoid Style in American Politics, historian Richard Hofstadter hypothesized that conspiracy thinking is fueled by underlying feelings of alienation and helplessness. Many conspiracies are born out of this alienation from society and feeling of general helplessness. These theories seem to be a way of reacting to uncertainty and powerlessness, a kind of coping mechanism that helps one make sense out of some difficult events and feel safer. After all, conspiracy theories hold someone out there accountable.

These theories also liberate one from guilt over personal inertia and non-involvement; “it is their fault, not mine.” According to some psychology studies, people are more open to conspiracy theories when they are not civically engaged—such as when they do not vote or do charity work. Some other experiments measured trust as a social rather than cognitive construct in relation to conspiracy beliefs. Researchers asked students whether they believed that most people treat others generously, fairly, and sincerely. They were trying to measure faith in people. Their research shows that people low in trust of others are likely to believe that others are conspiring against them. Finally, conspiracies are the product of certain psychological biases. One is a tendency to over-detect pattern, especially when we are feeling scared or uncomfortable. Another is confirmation bias, which leads one to examine facts and evidence consistent with a preferred conclusion less critically than facts that are inconsistent. Therefore, fewer facts and less information are needed to believe in a conspiracy than to doubt it.

What can be done about conspiracy theories? On one hand, if official Ukrainian sources ignore them, theorists will proclaim that there is no convincing evidence against their theories. On the other hand, official attempts to rebut theories may signal to the population that the government considers this theory plausible and fears that people will believe it. Therefore, even the act of rebuttal may inadvertently legitimize these theories. 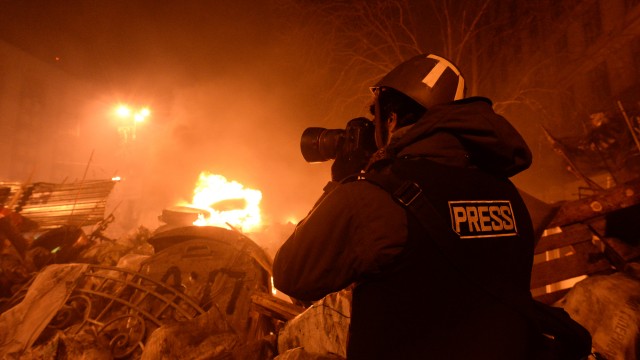 Perhaps the Ukrainian government should stand aside and put its efforts into maintaining a free and open society. Private organizations and concerned citizens can do a lot of rebuttal work. Snopes.com is a great example of a long-running, reliable resource for validating and debunking urban legends and rumors. Described by fans as the most trusted debunker of conspiracy theories on the Internet, Snopes has over six million visitors per month. The Ukrainian Information Resistance—which has almost 200,000 daily visitors—also attempts to validate or disprove theories relating to the ongoing events in Ukraine. StopFake.org is one more resource debunking Russian propaganda. Similarly, the US embassy has published a number of fact-check articles over the course of the Maidan movement and the conflict in Eastern Ukraine.

Anyone interested in understanding the ongoing war in Ukraine should remember the realities described above and the fact that this war is waged with two types of weapons: deadly arms and no-less-dangerous conspiracy-fueled propaganda. RT has attempted to spread this propaganda beyond post-USSR borders with limited success. Nonetheless, it has had remarkable success in Eastern Ukraine. For months, residents of Eastern Ukraine were bombarded with anti-Maidan messages and hysterical post-Maidan reports on the intentions of Kiev to force Ukrainization, shut down mines, impose gay marriages, and send Neo-Nazis eager to destroy anything Russian. As a result, peaceful citizens of Donbas initially tried to mobilize their communities to defend themselves against “the invasion of the Right Sector.” This was before their somber realization that separatists represent a more immediate and serious danger. Meanwhile, the most common story about the Ukrainian conflict told by Western media was the one of ethnic division of the country. This story should be rewritten to include the realities of Russian propaganda and Ukrainian susceptibility. As the result of this propaganda—rather than ethnic division—Ukraine has lost hundreds of its citizens on both sides of the conflict.

Alex Dubov is a visiting research fellow at the Yale Center for Interdisciplinary Research on AIDS studying PrEp implementation in Ukraine.