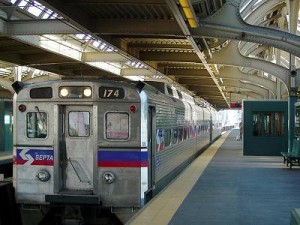 Pubic transit riders in the Pennsylvania suburbs of Philadelphia took a major hit Monday night when the legislature voted 103-98 to defeat a crucial funding measure for the Southeastern Pennsylvania Transit Authority, or SEPTA.

“The future is not bright,” SEPTA general manager Joseph Casey told the Philadelphia Inquirer. “I do not even want to think about the future.” But before we get into the drastic cuts that SEPTA will have to make, and how this is going to make life more difficult for Pennsylvania families, let us step back a few months. Things are about to get worse for SEPTA, but it is important to note that the agency has always been drastically underfunded.

When I was living in Baltimore this summer, I remember paging through the Washington Post and being floored by a letter from a reader regarding public transit. I enjoyed the easy access Baltimore provided to D.C. and had nothing but praise for D.C.’s Metro system. Apparently this view was not universal.

“I’m writing this as I wait 12 minutes at the Silver Spring station [on a weekday] for a Red Line train into D.C.,” complained the letter writer, Rachel Maisler, a commuter from the Maryland burbs. “First of all, it pains me that Metro finds this acceptable. What pains me more, however, is that we aren’t doing more to hold the transit authority accountable for the service, or lack thereof.”

12 minutes?! “Lack of service”? Power to Ms. Maisler for demanding the most from her tax- and fare-funded transportation. But she should visit the Main Line if she really wants to see a lack of service. Silver Spring is a Maryland suburb about the same distance from Capitol Hill as Wynnewood, a town in Lower Merion, is from center city Philly. The difference is, at Wynnewood’s SEPTA stop, you never get trains arriving as frequently as every 12 minutes, even during peak commuting hours.

Miss that 8:17 AM out of Wynnewood? Looks like you’ll be waiting until 8:46. Trying to get on that 9:24 to make it to work by 10:00? Well, if you miss it, you’ll be waiting 36 minutes for the next train—so much for making it in on time. Miss that 5:09 out of Market East when you get out of work a little bit late? I hope you brought a book, friend, because you’re waiting until 5:39. And here’s the craziest part: Wynnewood is located on SEPTA’s Paoli-Thorndale line which is the busiest of its commuter rail lines.

So, what’s the deal with SEPTA? The problem is not one with the agency itself (though there are certainly places where it could make improvements). Philadelphia and her suburbs would love to have service like the Metro. But whereas the taxpayers of Maryland, D.C. and Virginia have shown themselves more than willing to foot the bill—and seen the benefits in the form of rising populations and flourishing towns—the conservatives of central and western Pennsylvania do their best to deny crucial funds that should flow toward Philadelphia. “Just more welfare,” was the way in which one Republican member of the Pennsylvania State Legislature referred to SEPTA funding.

But, like so much of what is spewed by conservatives these days, this statement makes no sense. As Pasquale T. Deon Sr., board chairman of SEPTA, was quick to point out in a letter to the Philadelphia Inquirer, SEPTA receives 62 percent of state transit funding while carrying 77 percent of its riders. The five counties served by SEPTA, Deon pointed out, with 32 percent of Pennsylvania’s population, produce 37 percent of the tax revenues and 40 percent of the commercial activity.

Pennsylvania’s neighbors to the east enjoy much better treatment. PATCO, while much smaller than SEPTA, does a terrific job of serving its 38,000 daily riders. It is one of the country’s only 24 hour rail networks, and if you miss the 8:34 out of Haddonfield, that’s okay. There’s an 8:40. And an 8:48, 8:57 and 9:07. During peak hours leaving the city, trains are departing from 8th and Market every four minutes. How about that for service?

Now, because of Republican tax-aversion—as well as cowardice on the part of some Democrats—SEPTA’s service will deteriorate even further. Some lines will be cut entirely, while others will see decrease in already sparse service.

The measure contained a 28-cent per-gallon increase in the gas tax to provide some of the additional funds. Republicans complained that this was too much of a financial burden on families.

Again, this argument does not make sense.

Do you know the best way to help families save money on gas? Provide a stellar public transit network with reduced fares. Instead, by slashing public transit funding, the Pennsylvania legislature is forcing citizens to drive even more, further draining bank accounts, clogging roads and polluting the environment.