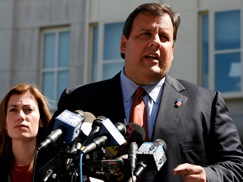 On Tuesday, June 4, New Jersey Governor Chris Christie announced a special election in October to fill the vacant Senate seat of Frank R. Lautenberg, who passed away on June 3. Until then, Christie will appoint a placeholder to occupy the seat.

Special elections in these circumstances are not atypical. What makes this election so unusual, however, is that it will occur just three weeks before the regularly scheduled general election in November. Instead of simply including the Senate election on the November ballot, the October contest will cost the state an additional $24 million.

Many commentators have speculated that Christie’s actions are a political move to appease the Democrats by having a quick election that Cory Booker, the Democratic Mayor of Newark, will most likely win. Until the election, though, Christie will likely appoint a Republican, pleasing the Republicans.

Yet because the special election will cost the taxpayers tens of millions of dollars, he really is not pleasing anyone.

Democratic party leaders mockingly sent around a list of Christie-enacted budget that could have been saved for less than the cost of the special election: $10 million cut from after-school programs for children in the state’s most troubled cities, $8.6 million from tuition subsidies for college students, and $12 million from charity care at hospitals. These Democratic leaders also characterized Christie’s actions as extremely hypocritical; just weeks ago, Christie vetoed a proposal to establish early voting, saying the price – $25 million – was too high.

This year, Christie’s gubernatorial term is up. Clearly, the special election is little more a political strategy for Christie to protect his longer-term goals of winning re-election and to position himself for a presidential run in 2016. Indeed, if the Senate election were to take place during November’s general elections, the popular Cory Booker would likely attract huge numbers of liberal and minority voters that might not otherwise participate in the general election. Evidently, this is a scenario Christie does not want, especially since registered Democrats outnumber registered Republicans by 700,000 in New Jersey.

Even if the Senate election were to be held on the same November day as the Governor’s reelection contest, Christie would still be the overwhelming favorite to emerge victorious. (Polls have shown him with leads of up to thirty points over his Democratic challenger, State Senator Barbara Buono.)

However, Christie has made it clear that he does not simply want to win reelection; he wants to win by a commanding margin, one that will position him as a rare Republican presidential candidate who can win even in predominately Democratic states. Thus, Christie’s logic in holding the special election in October makes sense, strategically.

Nonetheless, at a time when the state budget is under huge amounts of stress, Christie is squandering taxpayer money to protect his political ambitions — which are not in the best interests of the state.