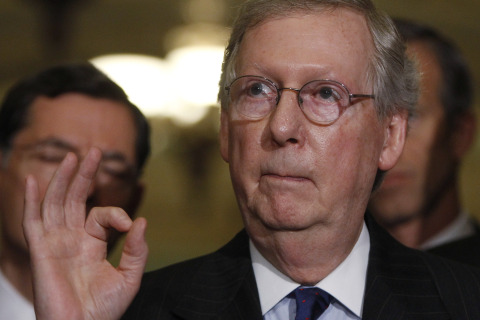 On Tuesday, Republican Senator Mitch McConnell’s campaign notified the FBI about an illegal bug in their office, after a recording of a secret meeting was leaked to liberal magazine Mother Jones. In the meeting, campaign staffers are discussing potential avenues to attack prospective Democratic challenger Ashley Judd (who has since opted not to run). The most controversial part of the tape occurs when a staffer cites Judd’s talk of overcoming mental illness in her autobiography, and how it could be a great attack strategy. In McConnell’s official response, he accused the left of “Nixonian tactics” and called out the Democratic Party on the state and national level. Yet, one thing was glaringly missing: an apology.

To be fair, it has recently come to light that the office was indeed bugged, by Progress Kentucky, a fringe PAC dedicated to stopping McConnell. Raising only a whopping $1,005 has not prevented Progress from repeatedly embarrassing itself on a national level. The group was also behind a tweet claiming McConnell was being controlled by China through his “Chinese wife,” former Secretary of Transportation Elaine Chao (who’s actually Taiwanese).

Regardless of the group’s antics, however, the content of that meeting was reprehensible and McConnell doesn’t get off the hook. Mental illness is an illness, and a growing problem in this country. One needs to look no further than James Holmes or Adam Lanza for the failures of an underfunded mental health system. A stigma still persists with mental illness in this country, especially when it comes to getting help when it’s needed. What is someone suffering from depression going to think when he sees his condition as a subject of a McConnell attack ad?

On a more pragmatic level, it’s not like McConnell had a shortage of real issues in which to attack Judd. She’s pro same-sex marriage, pro-choice, was a supporter for Obama and has spoken out against the coal industry. That’s a political death knell in a state rife with evangelical coal miners. Politics can be a dirty business, but it should never sink this low.

McConnell owes an apology to his constituents – the vast majority of whom have either battled mental illness of their own, or had friends and family members who have.