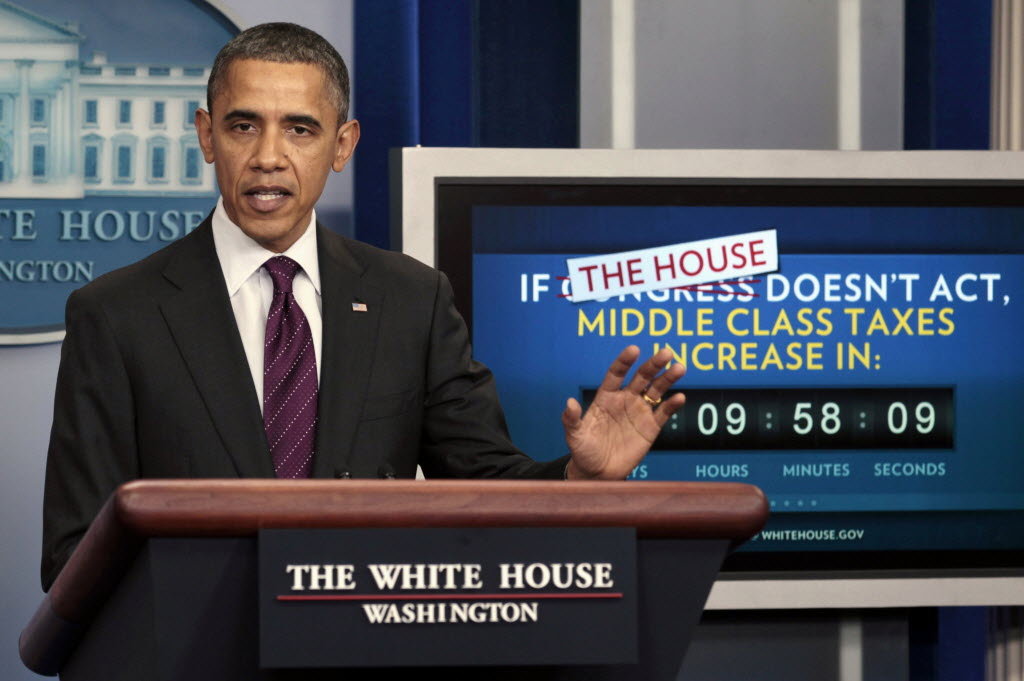 “For decades political analysts have been intrigued by an ironclad pattern in American politics: the President’s party loses seats in the off-year election that follows his White House triumph,” Norm Ornstein famously wrote in The Atlantic.  “In midterm elections during a president’s second term — some call it the “six-year itch” election — since 1912, the party that holds the White House has lost an average of 29 seats in the House,” agreed Chris Cilizza of the Washington Post.  In fact, wrote National Journal’s Charlie Cook, “It is as certain as the sun coming up in the morning.”

To hear the pundits and prognosticators tell it, the Democrats are doomed in 2014.  Barack Obama won a second term, so his congressional allies should begin packing their bags now.  Dwight D. Eisenhower and Ronald Reagan were both remarkably popular heading into their sixth respective years; yet even they could not turn back the inevitable tidal wave that is the six-year itch, right?

It is true: since the Civil War, every two-term president except one (Slick Willie Clinton) watched as his party lost a share of its congressional caucus in the midterm elections.  But as tempting as it is to conjure some sort of enduring historical law to explain this phenomenon, the “itch” simply does not exist.

There are no such laws in politics.  Voting patterns are explained by a variety of idiosyncratic factors — “wars, recessions, scandals, social crises,” as Slate put it in 2006 — not uncompromising structural forces.  The 2014 midterms, indeed, will be decided by money, changing political circumstances and voters’ reactions to the dueling agendas of President Obama and congressional Republicans.

Not a single one of the “itch” elections, in fact, didn’t come down to recent events and, you know, the candidates themselves.  George W. Bush, for instance, lost seats in 2006 thanks to two unpopular wars and a botched response to Hurricane Katrina.  Bill Clinton gained a handful of seats in 1998 amid backlash against GOP impeachment attempts.  The small sample size of midterm elections (to say nothing of the pool of sixth-year midterms) makes any causal claim impossible.

This year will mark only the eighth election in a president’s sixth year since Franklin Roosevelt’s second bout of midterms in 1938.  Overall, the President’s party has lost an average of 14.4 percent of its congressional seats in these elections.  But in the last three — under Reagan, Clinton and Bush II — the party in control has lost just 4.7 percent.

Since the House of Representatives expanded to 435 members, two-term presidents have actually lost more seats in Congress in their first midterm (an average of 32 seats) than their second (29 seats).  Only one post-Civil War president — Ulysses S. Grant — has experienced two midterm elections in which his party lost more than 10 percent of its caucus.  After Obama’s “shellacking” in 2010, congressional Democrats are anything but overexposed right now.

More importantly, there really aren’t that many seats for either the Democrats or the Republicans to pick up this time around.  Republicans now claim the largest portion of southern congressional seats since Reconstruction, while Democrats control every single House seat in New England.  A combination of decreased ticket-splitting and increased gerrymandering (not to mention self-sorting) has made the portion of seats likely to switch partisan control the smallest in living memory.

Does this mean that the outlook for Democrats in 2014 is rosy?  Absolutely not.  Factors from a still-healing economy to outside money to partisan gridlock and unpopular legislation (read: Obamacare) have made a modest Democratic defeat at the polls likely.  But with 300 days to go until Election Day, there is more than enough time for the political winds to shift.  Barely a few months ago, if you’ll recall, the talking heads were declaring that the government shutdown would spell doom for GOP candidates.  But now… isn’t that quaint?

The six-year itch is not immutable — no “laws” in politics are.  After all, in 2008, history told us that white presidential candidates had a 100 percent success rate.  And we all know how that turned out.