2019: what a time to be Asian American. It was just last summer when the blockbuster Crazy Rich Asians, notable for its an all-Asian cast, overtook box offices and became the decade’s highest-grossing romantic comedy. Quickly after came the release of To All the Boys I’ve Loved Before, the movie adaptation of Jenny Han’s young adult novel, starring Vietnamese American actress Lana Condor. For the last five years, shows like Fresh Off the Boat, Kim’s Convenience, and Master of None have graced television screens with narratives told by and about Asian Americans. Lulu Wang’s widely anticipated film The Farewell (2019), starring the Chinese-Korean American rapper and actress Awkwafina, recently won a top award at Sundance London. I even sensed an increase in Asian American representation on my phone screen: since the fall of 2018, Facebook groups like Subtle Asian Traits and Asian Creative Network have redefined the role of Asian Americans in popular culture and art.

It is amidst this changing backdrop of Asian American representation that the romantic comedy film Always Be My Maybe (2019) comes to fore. Always Be My Maybe was written by and stars Vietnamese American comedian Ali Wong as Sasha Tran and Korean American actor Randall Park as Marcus Kim. Sasha and Marcus are childhood friends who lose contact after a falling out. Sasha becomes a widely renowned celebrity chef in Los Angeles serving up high-end Asian fusion (“white people eat that shit up,” in Sasha’s words), while Marcus stays in the Bay Area, smoking weed, fixing air-conditioning units in the family business, and playing in his band. When Sasha moves back to San Francisco to open a new restaurant, she and Marcus reconnect and rekindle their adolescent love, in the process navigating the differences that come between Sasha’s celebrity lifestyle and Marcus’s “regular guy” lifestyle (again, Sasha’s words). Wong’s and Park’s veteran comedian statuses steal the stage in Always Be My Maybe, replete with self-aware humor and memorable one-liners (“Do you have any dishes that deal with the concept of time?” is a personal favorite). And let’s not forget Keanu Reeves, whose cameo is pinnacle cameo material in all its playful and pointless absurdity. 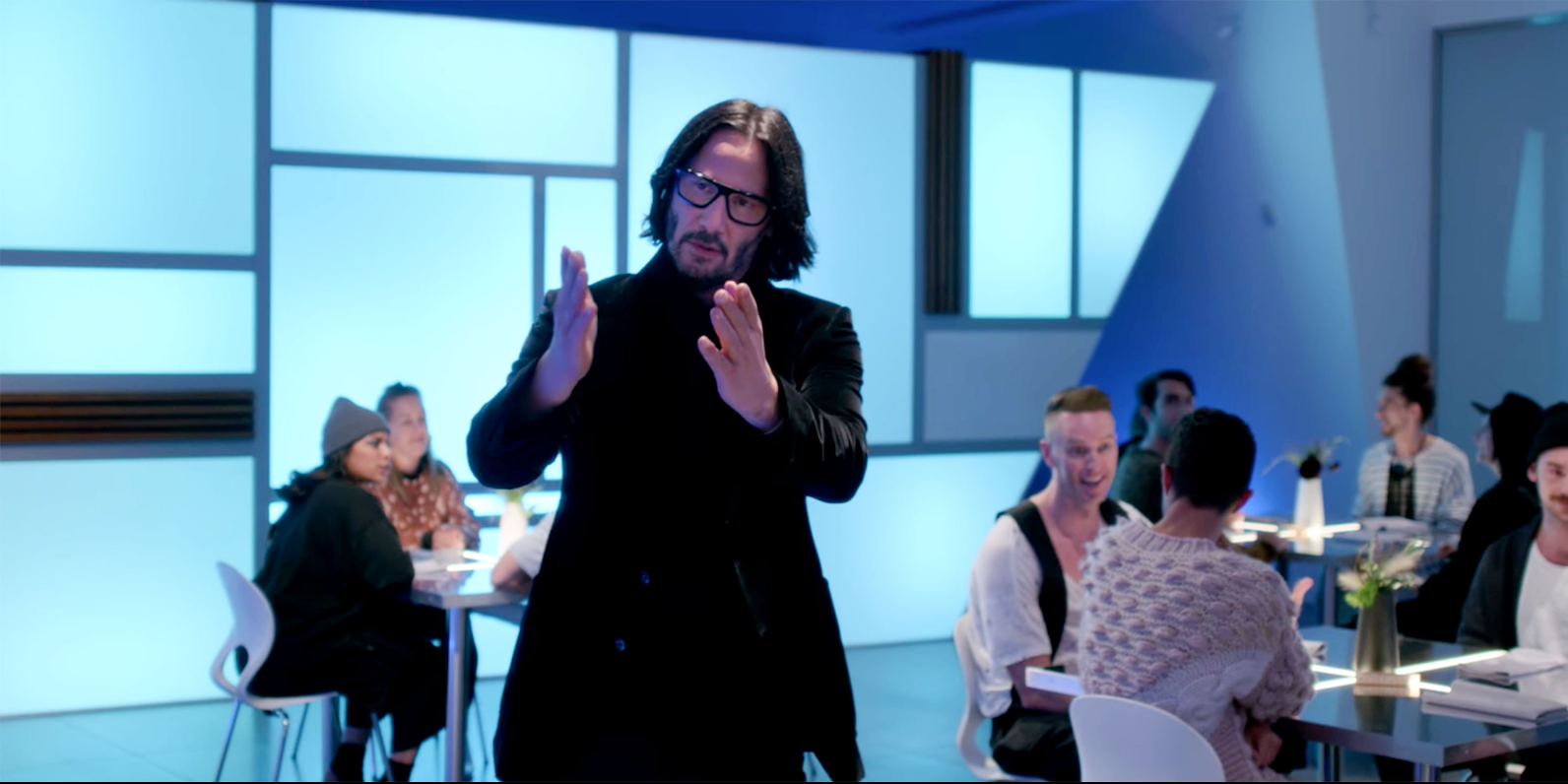 Asian American activists have long criticized Hollywood’s history of problematic Asian American representation—yellowface comes to mind here, both historically, such as in the 1919 film Broken Blossoms (also known as “The Yellow Man and the Girl”) and not-so-historically, with the white actresses Scarlett Johansson and Emma Stone playing Asian characters in Ghost in the Shell (2017) and Aloha (2015), respectively, to name but a few examples. According to a 2013 study by researchers at the University of Southern California, less than five percent of speaking characters in popular American films are Asian American. But at least in some respects, 2019 feels worlds away from 2013, and the more recent explosion of Asian American representation in popular culture seems to signal a hopeful shift.

In today’s world, I have more than just one Asian American rom-com to choose from—a situation that would have been unthinkable just three years ago. I wasn’t a huge fan of Crazy Rich Asians, which seemed to emphasize its all-Asian cast as a way of compensating for an otherwise thin plot. Instead of drawing attention to its star-studded Asian American cast, Always Be My Maybe refreshingly engages in more subtle appreciations of ethnicity and culture while still staying true to the romantic comedy genre. The film acknowledges the diversity of the Asian American community with culturally specific details: for example, there’s a scene where Sasha and Marcus eat dim sum in Chinatown, and Marcus, who grew up eating his mother’s kimchi jiggae, reveals that he learned Cantonese to curry favor with the restaurant workers. Dim sum is presented as neither generically Asian, nor limited to only Chinese consumers. The scene strikes a heartwarming balance of pan-Asian culture without homogenization.

As much as the film does for Asian American representation, there are still areas where I found myself wanting more. One of the characters, Jenny (played by Vivian Bang), sports dreadlocks, even though she is a prominent activist in the San Francisco Asian American community. We could read Jenny’s character as satire for well-meaning but problematic hipsters, but the satire fell flat for me. I was reluctant to dismiss Jenny’s community service, which has historical footholds in Asian American movements of the 1960’s and ’70’s. Sasha and Marcus’s own lighthearted attitudes towards Jenny’s dreads have the effect of neutralizing thorny conversations about hair politics and cultural appropriation. Jenny comes off as more eccentric and awkwardly comedic than insidious; she’s quirky, not appropriative.

Finally, I wonder if there’s a conception of Asian American film that can substantively feature non-Asian, non-white characters. Always Be My Maybe constructs a racial imaginary where Asians play center stage and white characters are caricatured comic relief, while non-Asian people of color make up a silent periphery. Only one black person has a speaking role—the character Veronica played by Michelle Buteau—but she is still a minor character in the film. What does it mean for a film to draw so heavily on black culture—from the hip-hop and soul-influenced soundtrack (which includes the origin of the film’s title, Mariah Carey’s iconic song “Always Be My Baby”), to Marcus’s own career as a rapper in his band, to Wong and Park’s professed film inspiration, the 1992 romantic comedy Boomerang starring Halle Berry and Eddie Murphy—but to only have a single token black character?

There is no way for Always Be My Maybe to represent every facet of Asian American and racial identity, nor do I expect it to. In an age where Asian American cinema is becoming increasingly normalized, I am excited to see how Asian American filmmakers answer my lingering questions over the representation of other people of color’s identities and cultures. In the meantime, I’m going to make sure I watch all of Ali Wong’s stand-up specials on Netflix.