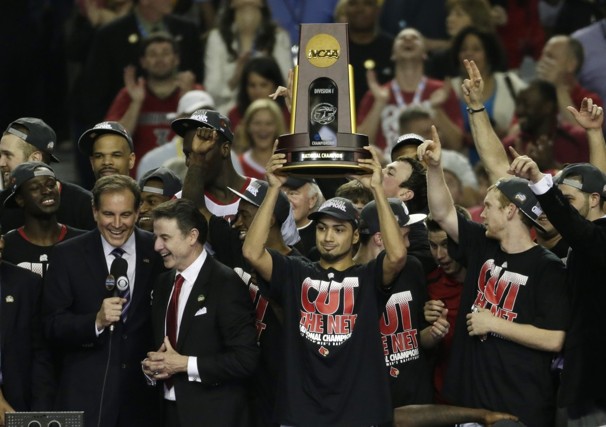 As I watched the University of Louisville Cardinals win the 2013 NCAA Championship Monday night, I couldn’t muster any pride that my native state now boasts back-to-back titles. In fact, this diehard University of Kentucky fan was heartbroken as our most hated rival won the title that belonged to the UK Wildcats last year. For you east coasters unfamiliar with the rivalry, think Yankees/Red Sox — if New York and Boston were in the same state, just 90 minutes apart. After the game, perhaps to take my mind off it, I began thinking of my other rivals in red: the Republican Party.

Just like in sports, in politics you never want the opposing side to do well. The happiness of one fan base or political party has an inverse relationship with that of the opposition. But maybe it doesn’t have to be like that.

In the end, it’s all about the rivalry. America runs on a two-party system, and opposing views are the lifeblood of the nation. Although I’m a strong Democrat, I have no wish to see the Republican Party die out, as it appears it might be in danger of doing. As long as it sticks to hard line social conservatism, the GOP will continue to lose young voters, minorities, and women. This oversight has already cost Republicans one election, and it might cost them many more in the future if they don’t make adjustments.

In my opinion, there will always be room for conservative thought in this country. Conservatism is supposed to be a moderating voice, one that keeps Democratic progressivism in check. Neither the Democrats nor the Republicans have all the fiscal answers, and the best response is usually a compromise between the two views. Just like in an exciting basketball game, you want both sides to be at their very best.

So maybe it’s not the end of the world that Louisville won a national title this year. Consecutive championships for the state will ensure that one of the best rivalries in sports will continue for years to come.  For now, though, the Cards had better enjoy being national champions.

Because next year, the Cats are going to take it back.