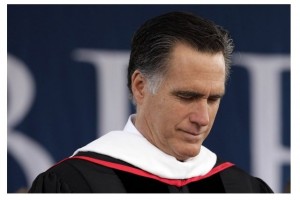 During the 2012 campaign for president, the media highlighted the novelty of the Republican ticket’s religious composition: Mitt Romney is the first Mormon to be nominated by a major party. And because Paul Ryan is Catholic, his is the first major party ticket not to include a Protestant.  Why didn’t Democrats try to exploit Romney’s religious beliefs for political purposes? The targeting of a candidates’ religion, a dastardly but powerful attack, has influenced a number of presidential elections throughout history. Perhaps surprisingly, religion has played a very small role in this election, which has been almost devoid of religious attacks from the left and saw from the right little emphasis on Romney’s devoutness.

Religion is not a new source of controversy in presidential elections, dating back as far as the election of 1800.  During this election, Federalists assaulted the religious beliefs of Thomas Jefferson, who later created his own bible by excising the parts of the book referencing God or miracles. Because of his radical focus on humans over the supernatural, opponents tagged Jefferson as a Deist. Others branded him an atheist, and one Federalist labeled him an “open infidel.”  Then-Yale president Timothy Dwight even likened Jefferson to the Antichrist.  These Federalists warned voters of the consequences of putting such an irreligious man at the helm of the Executive Branch. This was the first time a presidential candidate’s religion was attacked, setting the precedent for the rancor of future accusations along these lines.

Although a sizable percentage of Americans still mistakenly believe that President Obama is a Muslim, no comparisons of him to the Antichrist have been widely made in this election, a ludicrous charge that circulated during the 2008 election.  Clearly, though, the attack was not novel.

Whereas Jefferson’s lack of faith was grounded in some fact, Democrats blatantly lied about John C. Frémont’s religion during the 1856 election.  They claimed that Frémont, who was Episcopalian, was actually a Catholic.  They disseminated stories about how he was raised Catholic, had a Catholic wedding, and built a large cross when he was out West. These false charges lost him some votes, though they did not help him woo many Catholic voters—Catholics tended to be immigrants, so they favored James Buchanan because the anti-immigrant Know-Nothing Party supported Frémont. This negative campaign demonstrated the effectiveness of distorting another candidate’s religious beliefs.

Another candidate famously attacked on religious grounds was the Democrat Al Smith during the election of 1928.  The first Catholic to be nominated by a major party, Smith was subjected to a barrage of anti-Catholic attacks.  The primary concern was that a Catholic in the White House would answer to the Pope and the Pope would control America, a thought that terrified Protestants. A number of conspiracy theories about Catholic plots also surfaced. These scare tactics paid off for the Republicans when Smith was resoundingly defeated by Herbert Hoover.

The next Catholic to be nominated, John F. Kennedy, was also forced to defend his religious beliefs in the 1960 election.  He delivered a famous speech in which he stressed that he would not be beholden to the Pope, but rather would make his own decisions, seeking to quell the fears voters expressed during the 1928 election. “I am not the Catholic candidate for President,” Kennedy maintained. “I am the Democratic Party’s candidate for President who happens also to be a Catholic.” Kennedy added, “I believe in an America… where there is no Catholic vote, no anti-Catholic vote, no bloc voting of any kind.” Nevertheless, when JFK won the election he largely owed his victory to Catholic support; 78% of Catholics voted for Kennedy, while 63% of white Protestants voted for Nixon.

Some political scientists viewed 2000 and 2004 as examples of the diminished importance of candidates’ religions, since little attention was given to the religious views of Jewish vice-presidential candidate Joe Lieberman in 2000 and Catholic presidential candidate John Kerry in 2004. The focus on Obama’s religion in 2008, however, showed that religion still can be an important issue to voters.  The media called into question Obama’s patriotism and tolerance because of his fiery minister, Rev. Jeremiah Wright.  Fringe members of the right also spread the false rumor that Obama was a Muslim, an attack not unlike the one Frémont endured.

Why have Democrats refrained from attacking Romney’s Mormonism? Certainly not because his religion was unripe for attack. 31% of Americans have an unfavorable impression of Mormons, according to a Washington Post-ABC News Poll from July.  While this is down from 39% in 2007, possibly as a result of the “I’m a Mormon” ad campaign, 31% is still a significant portion of the country. Tapping into anti-Mormon sentiment could have been an especially potent tool for Obama in the South.  A recent Reuters poll found that 35% of voters in 11 Southern states said they would be less likely to vote for a Mormon candidate.  This could have been an effective strategy to capture the swing states Virginia and North Carolina, both of which were represented in the poll.

Nevertheless, it would have been tough for those on the left to tap into voters’ prejudices against Mormons without appearing hypocritical, according to Jon Butler, Professor Emeritus of American Studies, History, and Religious Studies at Yale.  Butler pointed out that Democrats have largely ignored Romney’s Mormonism in the 2012 election because Democrats “are almost self-identified as tolerant, [so] it’s very difficult for a Democrat to raise the Mormon issue.”

Employing a guilt-by-association argument, that is, linking Romney to Mormon beliefs that some voters would find questionable, might have dissuaded voters from supporting Romney but also could have backfired against the Democrats.  John Adams privately expressed complaints that his supporters’ religious attacks did more to hurt him than help him.

Perhaps a safer and tamer strategy to make Romney’s religion seem less palatable to voters would have been to question the role the Mormon Church might play in a Romney administration. The president of the Mormon Church, currently Thomas S. Monson, is considered “a seer, a revelator, a translator, and a prophet,” (Doctrine and Covenants, 107: 92) wielding immense power in influencing Mormons.  If voters in the past were suspicious about a Catholic president taking orders from the Pope, present-day voters might be concerned about the power the president of the Mormon Church could have on Romney.  But Romney has already settled this issue, or at least as much as voters believe and trust him. In 2007, he delivered his “Faith in America” speech, recalling Kennedy’s speech about religion.

“Almost 50 years ago another candidate from Massachusetts explained that he was an American running for President, not a Catholic running for President,” Romney said. “Like him, I am an American running for President. I do not define my candidacy by my religion.” Romney then directly addressed the issue of the president of the Mormon Church. “Let me assure you that no authorities of my church, or of any other church for that matter, will ever exert influence on presidential decisions. Their authority is theirs, within the province of church affairs, and it ends where the affairs of the nation begin.”

Indeed, the fact that Romney’s Mormonism was not targeted strengthens religious harmony in the U.S. instead of promoting divisive religious attacks. “I think it is good that we really have heard very little about religion, much less about religion than one might have thought would have been the case,” Butler said. “I think that’s good for American politics, I think it’s good for both campaigns, and I think it’s probably good for religion… Many societies tear themselves to pieces over religious questions, and at the moment we’re not doing that.”  He did still express concerns over persistent racism towards President Obama.

Even as the U.S. becomes more secularized, it is still important to voters that a candidate is religious, but their affiliation is more inconsequential, according to Butler.  “[American voters] like it that the candidates are ‘religious.’ It’s probably more important in America to be religious, than to be a Presbyterian or to be a Jew,” Butler explained. “Voters like it if someone is religious but they really don’t want to know too much about it.”

One current theory in political science posits that contemporary voters no longer cast their ballots along the lines of their religion, but rather along the lines of religiousness. In other words, the churchgoing bloc votes differently than the non-practicing bloc. For example, Al Gore outstripped George W. Bush on the Catholic vote by only 50-47, but with respect to the religiousness of Catholics, 59% of less observant Catholics supported Gore and 57% of more observant Catholics supported Bush. This new trend suggests that perhaps Mitt Romney should have touted his religious convictions more in order to contrast himself with Obama, who currently does not belong to a church. Since leaving Rev. Wright’s church, Obama has opted to worship at Camp David’s nondenominational church.

Romney has sought to portray himself as a devout Christian, but he has talked about his faith far less than one would expect for such a dedicated adherent.  He has certainly not used his piety as a major selling point of his candidacy, perhaps with good cause.  Although religion can be an effective appeal to voters, “using religion also has a downside,” according to Butler. “There is a point at which talk about religion, in the United States, becomes unctuous, and it’s perceived by voters as unctuous and self-serving.”

As a Mormon, devoting too much attention to his religion would have been especially dangerous for Romney, Butler noted. “He is in a difficult position for a very simple reason. If he really tries to describe to describe his religious views and values, that opens up the questions that many Americans might have about what they would regard as oddities in Mormon doctrine and Mormon belief,” as well as possible racism in the Mormon Church, as blacks were not allowed to enter the Mormon priesthood until 1978. Butler also opined that focus on Romney’s religion could bring up the topic of polygamy, even though the Mormon Church ended this practice in 1890.

It remains to be seen whether Romney managed to strike the right balance between stressing his religious fervor and deemphasizing his beliefs, undoubtedly a difficult task for a man who is an ardent follower of a minority religion.

Jonah Bader is a freshman in Jonathan Edwards College.