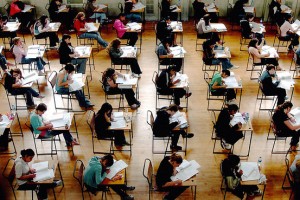 On Wednesday, College Board announced sweeping changes to the enemy of high school students from sea to shining sea: the SAT. The timed essay has been kicked to the curb (or at least made optional), the vocabulary section has been simplified, and the quarter point reduction for each wrong answer is gone altogether. Instead of frantically skimming literature passages to find the sentence that points them to the right answer, students will frantically skim passages from “a wide range of academic disciplines.” In a blast from the past, the changes, which the College Board plans to implement starting in 2016, will lower the maximum score to 1600.

It’s easy to see why College Board felt the pressure to do something drastic about the SAT.

2012 was the first time that more students in the U.S. took the ACT, the SAT’s straightforward, Mid-Western cousin, than took the SAT. The press has feasted on tales of the SAT’s woes. Most recently, the New Yorker published a critical piece, noting that the SAT’s evolution from an army IQ test into its current dominant status over college admissions “represents an accident.” (You can blame that accident on Harvard, whose 1933 decision to use the SAT in admissions eventually led to your years of painful test-prep as a high schooler.)

Kudos to College Board for recognizing the error of its ways. 2016 can’t come too soon.