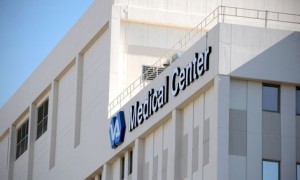 Last Friday, the world marked the seventieth anniversary of the Allied landings at Normandy, easily one of the greatest triumphs of the US military in its 239 years.  This year, though, the pride of US diplomats, military men, and elected officials will be mitigated by the ongoing scandal in the Department of Veterans Affairs.  As we celebrate the Allied victory in the Second World War, as we anticipate the planned withdrawal of the more than 33,000 troops still deployed in Afghanistan, and as we debate our future role in conflicts in Syria and (God forbid) the Ukraine, it is unconscionable that we cannot provide adequate healthcare for the nine million veterans enrolled in the VA system.

In the past few months, unauthorized waitlists have been uncovered in several VA hospitals.  The most egregious offense was in Phoenix, where 1700 veterans were on secret lists and the average wait time for an appointment was 115 days.  The state of Florida has sued the DVA to allow inspectors access to their hospital records, and the Secretary of the Department, former Army Chief of Staff Eric Shineski, has stepped down.  Senator Mark R. Warner (D-VA) has led a bipartisan attempt to convince the White House to accept an offer from a private trade association to provide scheduling advice pro bono.  Once again, it seems, the private sector reserves will have to called in to make up for the technological shortcomings of a government-run healthcare plan.

Predictably for an election year, reactions to the scandal have been politically conscious.  Congressman Mike Pompeo of Kansas, for example, has pressed the VA hospital in Wichita for information on the bureaucratic process by which its problems were reported, as well as whether its workers received additional compensation for covering up the illegal waitlists.

Long lines, extensive bureaucracy, potential bribery and corruption: this is political gold for Republicans who have predicted precisely these issues with government-run healthcare systems.  Senator McCain, seizing on these problems, has proposed that veterans enrolled in the system be allowed to seek treatment elsewhere when waits become too long, a measure which would introduce competition to the mammoth VA system and, by characteristically Republican logic, fix it.  In a flurry of negotiation, a version of Senator McCain’s proposal was agreed upon Thursday by a bipartisan group of Senators.

Whether McCain’s recommendations will force the DVA to get its act together, only time will tell.  But the health of millions of veterans is too important to be made into a series of attack ads and campaign talking points, as too often happens this time of year.

We as a nation cannot continue to promise our veterans care that we cannot provide.  We need greater transparency at all levels of the Agency, more reasonable regulations that don’t incentivize hidden wait lists, and scheduling practices which both take into account changing demographics and utilize current technology.  Reform in the Department of Veterans Affairs just can’t wait.