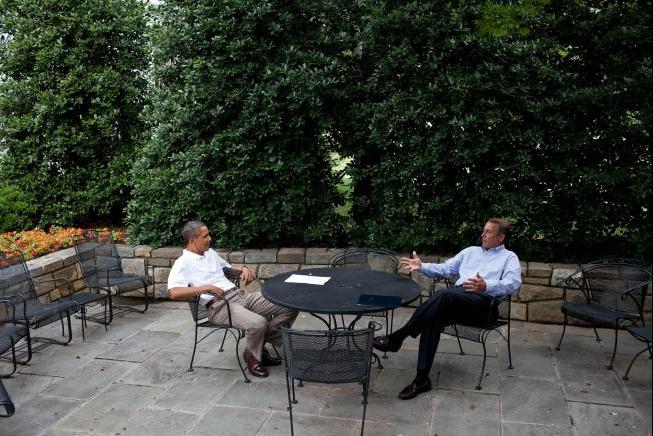 February’s turned into March; winter’s beginning to turn into spring; and our government, in a self-inflicted wound, has lost $85 billion of its budget on the strike of midnight.

85 billion dollars. With an almost 4 billion dollar budget, this 2.3% cut may seem miniscule, even petty. But the devil’s in the details: these cuts would be made in areas like scientific research, defense, infrastructure. In other words, in essential things—things that keep us safe and push this country forward.

We’ve been down these self-inflicted paths before with the debt ceiling and fiscal cliff. But last minute deals have always been made. In a moment of desperation, our leaders have been willing to come together at the last minute. As the saying goes, better late than never. This time, our leaders were not just late. They were absent.

Ask a journalist or congressional staffer in Washington, and they’ll say that this week was a week like any other. There was no sense of urgency, no nervous electricity in the air. There was a sense of inevitability about the upcoming sequester.

Before we ask about how we can avoid future self-inflicted wounds, we need to ask why it happened in the first place: who’s to blame here?

Is it Obama, who first proposed a sequester, a budget cut so severe to both political parties that he thought it would incentivize politicians to act? Or is it the House Republicans, stubborn in their stance of no compromise?

Perhaps the blame goes to both. But we can’t also put the entire burden of responsibility of these two leaders without examining ourselves—the people—and what we did.

After all we, the people, voted for divided government. As Bill Galston mentioned in his Brookings podcast a few days ago, we are also to blame. In the last November’s elections, we voted to keep the Senate and White House democratic and the Senate republican. Shouldn’t we have already learned from the first Obama years that divided government, in this day and age, does not work?

We love to demonize Washington politicians for not being able to compromise. But we forget that we were the ones who sent them there! We refer to divided politics as if it were an inescapable part of our fate, a natural by-product of our more complex times. But in no way is divided politics inevitable. Divided politics is a real possibility if and only if one thing happens: the people vote for divided government. Which, by the way, is something that we, the people, happily did.

I’m not trying to move the spotlight away from the policymakers in Washington. I’m simply saying that while we blame them, we should also inspect ourselves. Most importantly, when we—especially the moderates among us—go to the polls in 2014, we should also consider the effect that our candidate’s party will have on the dynamics in Washington. Perhaps it is time for one party to control the government.