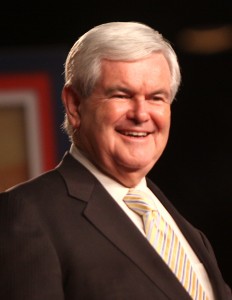 As the federal government seems headed for another budget showdown that could result in a government shutdown it’s hard not to make the comparison to the government shutdown of 1996. At the ripe old age of 2, I was already following the political drama unfold between then Speaker of the House Newt Gingrich and President Bill Clinton.

In 1996, President Clinton vetoed the Republican House’s budget over their refusal to agree to funding for Medicare, education, and other social programs. The result was shutting down all non-essential services of the government for a total of 28 days. Passports and visa claims went unprocessed, social security checks were not mailed, and all non-essential government workers were put on unpaid furlough.

The fight then moved on to a public relations war, with President Clinton’s approval rating dropping significantly. However, after the budget was inevitably resolved, the shutdown became a key issue in Clinton’s 1996 re-election landslide victory. Gingrich saw his public image decline rapidly with constant comparisons to an infant child throwing a temper tantrum. After big losses in the 1998 midterm elections, and several ethics complaints, Gingrich was forced to resign his speakership.

Some similarities to the present day are hard to ignore. A Republican Speaker and Democratic President with little respect for one another refusing to compromise? Check. Just replace the words “Medicare, education and other social programs” with “Obamacare” and the situations seem to fit perfectly. However, what makes the present day situation even more dangerous is the presence of the radical Tea Party.

Gingrich, with common sense voices like Senate Majority Leader Bob Dole and House Majority Leader Dick Armey behind him, was able to get his party united against Clinton.  It’s doubtful that current Speaker John Boehner can do the same. Even if Obama can work something out with the Republican establishment, the Tea Party will see nothing but a complete rollback of Obama’s agenda as a victory.

If Republicans continue on their quest to defund Obamacare at any cost, they might just end up like Newt and his 1996 compatriots.