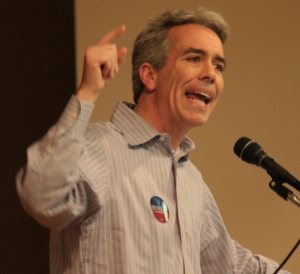 On February 11, 2011, the watchdog group Citizens for Responsibility and Ethics in Washington (CREW) publicly demanded an investigation into members of the House of Representatives sleeping in their offices while Congress was in session.  According to media reports compiled by CREW, no fewer than 32 members — including as much as a fifth of the freshman class — camped out in their Capitol offices.  Indeed, although House members have been sleeping in their offices since at least the 1980s, when then-Speaker Tip O’Neill temporarily ended the practice, this phenomenon may seem odd to many Americans.

The Politic, after further examining media reports, identified 39 members of the 112th Congress that chose to forgo traditional Washington accommodations and camp out in the Capitol.  Many slept on pullout couches, while other brought in air mattresses, cots or futons.  All made frequent use of their congressional microwaves.  Following the conclusion of the 112th Congress, The Politic sat down with former Rep. Joe Walsh to discover more about what the New York Times has called “the Couch Caucus.”

The Politic: Based on news reports, I’ve been able to identify 39 members of Congress that slept in their offices.  Were there more than just these?

The Politic: To your knowledge, did any Senators?

I knew of a few.  Obviously, their building is on the other side of the Capitol, so it’s not nearly as familiar.  But we’d heard of a few.

The Politic: Why do you think such a high percentage of House members slept in their offices?

I don’t know.  I think we all did it for different reasons.  Speaking for myself, I did it because I didn’t want to live in Washington, DC.  I lived back home in Illinois, in my district, and so it was a daily reminder that I don’t live in Washington.  Every minute I was in Washington I wanted to devote to my work, so it was a lot easier to sleep in my office.  When you’re there, you’re working 18-hour days and I didn’t want to have to focus on anything else.

The Politic: What was a typical day like when you were sleeping in the Capitol?

On a typical day, I’d wake up very early, at 5:00 or 5:30.  The one nice thing about sleeping in the office is that you can just walk down the tunnel to the House gym.  I would do a workout and I’d shower and shave down there.  That takes me to 7:30 or 8:00.  Then the day starts, and from 8:00 in the morning until 10:00 at night, you’re doing four or five things.  You’re in meetings in your office; you’re in the Capitol voting; you’re in the Capitol in other sorts of meetings; you’re in hearings.  You go off of campus — out of the Capitol — to the Republican headquarters to do political stuff and raise money.  And then when evening comes at 6:00 or 7:00 at night, there are always meetings or dinners or receptions and oftentimes we vote late.  When the day ends at 10:00 or 10:30, you come back to the office and do a little bit of reading, turn the light out and fall asleep.  You spend a lot of the day walking — I bet you the average congressman walks five miles a day in between all of these things that he’s doing.

The Politic: What was the most difficult part of your living arrangements?

It can get lonely.  It’s very quiet and it can get weird sleeping in one of the big office buildings — I slept in Cannon.  It’s also very noisy because people work in the building throughout the night.  And there were times when you do want to get away and you can’t get away because you’re bed is right next to your desk.  But that was about it.

The Politic: What did your staff think?

I think initially it was a little odd.  But they got used to it.  And once they figured out who I was and why I was doing it, it made sense to them.  After a few weeks it just became part of the drill — the boss sleeps in the office.  And they were very, very supportive.

The Politic: If you had been reelected or you were in a safer district and were going to be reelected indefinitely, would you have gotten an apartment or a flat in Washington, DC?

I said that even if I were in a safe Republican district where I could be elected for the next thirty years, I was going to sleep in my office.  It was important to me not to be a professional politician, but a citizen legislator.  It should be a sacrifice; it shouldn’t be comfortable.  And it wasn’t; believe me, it was uncomfortable sleeping in the office.  The couch was uncomfortable; the air mattress was uncomfortable, but I didn’t think it should be a comfortable, cushy job.  Now that’s just me, but you’re also talking to somebody who believes in term limits.  I limited myself to not serving more than six years.

The Politic: Some members of the “couch caucus,” like Richard Hanna and Dave Schweikert, are among the wealthiest members of Congress.  Why do you think they slept in their offices?

I honestly don’t know.  Most of the members I knew well who were sleeping in their offices were doing it for the same reasons I was.  There were some wealthy gentlemen who were doing it as well, but I don’t know what their particular reasons were.  I was the poorest member of Congress; but again, that had nothing to do with why I did it.

The Politic: Do you think it would be possible for every member of Congress to sleep in his or her office?

The Politic: How do you respond to allegations like those from CREW, that it violated ethical standards?

CREW is a liberal, idiotic group.  There were many Democrats and Republicans that slept in their offices and we didn’t cost the taxpayers anything.  I slept with the lights out.  Remember, your office opens at 8:00 and you’re not done working until 10:00 or 10:30 at night.  And then the lights go off — I didn’t use any water — and I went right to sleep.  So CREW was just being really silly; there are bigger problems they should be thinking about.

The Politic: What’s the single biggest piece of advice you have for any new member of Congress who decides to sleep in his or her office?

Find something very comfortable to sleep on — and I don’t mean that to be trivial, because it can get very uncomfortable.  The second piece of advice I’d give: figure out ways during the week to just get away from it all.  Take a walk through Washington or go visit the Jefferson Memorial.  Do something, because it gets pretty claustrophobic if you are working and sleeping and living all in one spot.  You’ve got to take some breaks every now and then.

The Politic: What are you doing now, and do you have any interest in running for office again in the future?

I do have interest.  Right now, I just started my own talk radio show here in Chicago.  I’m on AM 560 in Chicago every Monday through Friday, 7:00 to 9:00 at night.  And I am still talking about and pushing the fact that we’ve go to get back to a free, limited-government country or we’ll be bankrupt.  So, I’m continuing the fights.  I’m just doing it in a different venue right now.  But who knows?  Maybe I will run again sometime.