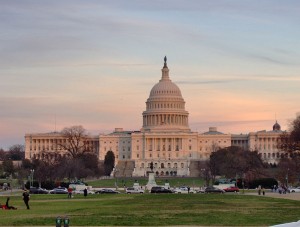 On Wednesday, October 16th, a column appeared on the Fox News website titled “American taxpayers betrayed by chicken-hearted RINOs.” The article is only one of many in a tidal wave of misdirected anger and frustrations towards the Republicans who voted to reopen the government. Erick Erickson, a writer for the blog RedState, said that this defeat called for a purging of the “establishment” Republicans for “true” conservatives.

What Erickson and the countless other voices on right-wing television and talk radio have missed it that the problem for these Republicans isn’t their lack of loyalty or faith in conservative ideals, but viable, realistic approaches to advancing their agendas.

True conservatives believe in stable institutions, but the behaviors of these 21st century bomb-throwing Republicans more closely resemble those of left-wing anarchists. Hostage-taking and ransom notes won’t inspire a generation of American people to adopt and internalize conservative principles. Government shutdowns and hardline, no-compromise stances won’t convince moderate audiences that the party hasn’t been hijacked by a band of tricornered hat-wearing crazies.

The Republicans that finally abandoned their hope of defunding Obamacare made the right decisions for the country and for their constituencies. Senator Mitch McConnell decided to act in favor of the American people, while potentially sacrificing his political future in the upcoming Kentucky primaries. The two-week government shutdown damaged an already weak economy.

The attempts to circumvent the constitutionally mandated legislative process with the strategy of defeating a bill passed three years ago decreased the likelihood of the Republican party ever recovering its sanity.