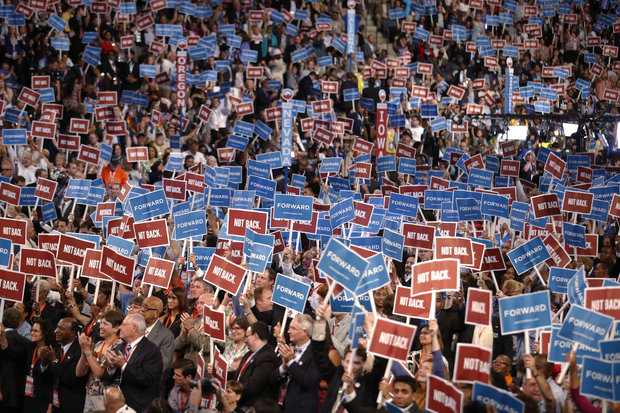 I stood in front of the Nonesuch Community Gas Station/Grocery Store/Community Church in rural Woodford County, KY, waving a “James Kay for 56th District State Representative” sign to direct supporters to a cookout farther down the road. On the surface, it was among the most menial tasks of my summer internship for the Kentucky Democratic Party. Diving deeper, however, that sign waving — and everything at stake in that election — spoke volumes about the survival of the Democratic Party in the South.

It was a three-way race.

The 56th mainly encompasses Woodford County, a rural area between the city of Lexington and Frankfort, the state capital.  In Woodford County, the sheriff is known as “Tiny,” the judge-executive is “Bear,” and gas stations/grocery stores/community churches are consolidated in a single building. The district has a Democratic registration advantage, but broke big for both Mitt Romney and GOP U.S. Congressman Andy Barr in 2012.

This election was going to be a tight race.

At first glance, Kentucky might seem like a Republican stronghold in an equally Republican South, but the truth is much more complex. Since the Tea Party wave of 2010, Kentucky is the only Southern state with a Democratic-controlled House of Representatives. The state also has a long line of Democratic governors. The current one, Democrat Steve Beshear, has a 60 percent approval rating and won re-election in a landslide despite aggressive implementation of the Affordable Care Act and an early endorsement of Obama.

The dichotomy between support for local Democrats and support for national Republicans in Kentucky is striking. The state’s two senators are Minority Leader Mitch McConnell and Tea Party darling Rand Paul, two of the country’s most vocal conservatives. The U.S. House delegation includes five hardline conservatives and just a single Democrat. Kentucky cast the first eight electoral votes for George Bush (twice), John McCain, and Mitt Romney, called mere minutes after the polls closed. Even among Kentucky Democrats, support for the national party is lacking, to say the least. In 2012, President Obama received just 58 percent of the vote in the state’s Democratic presidential primary. The other 42 percent opted instead to check an “uncommitted” box.

There are indeed issues in Kentucky for which practically no local Democrat would align himself with the national party; the most powerful of these is coal. Much of rural Kentucky’s economy is dependent on coal mining, and the state balks at any sort of regulation or climate change standard. The vast majority of Kentucky’s legislators, on both sides of the aisle, have a strong pro-coal stance.

“The environment is an important issue for national Democrats,” said John Henderson, a Yale University Political Science Professor and an expert in southern politics. “But local ones are wary of making it a big issue.” 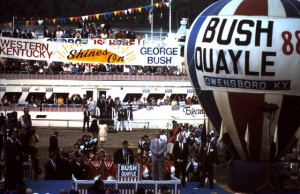 The massive amount of money raised and spent by both sides set the 56th district race apart from other local races. Because the election took place over a small, relatively rural area, fundraisers weren’t black tie affairs, but rather combinations of skeet shoots, teas and barbecues. And although they may not have been solicited from the Obama campaign’s massive donor email list, contributions were certainly pouring in. “I was able to raise money from many sources across the state without competing with other candidates,” Kay told The Politic. His campaign doubled the money his Republican challenger raised, yet was outspent by nearly $100,000 due to a flood of Super PAC donations.

“The Republican candidate had two Super PACs spending money on his behalf which in total was over $200,000,” said Chad Aull, Kay’s campaign manager.

Though a relatively small sum in national political terms, this was a huge amount for a special election for a state house race; there were a total of only 8,915 votes cast. As Aull said of the Super PAC involvement, “This, along with the high profile nature of the race, caused it to be the most expensive state house race in the history of Kentucky.” Between the three candidates, more than $550,000 was spent on the election. The average amount spent on a Kentucky state house race is just $36,054.

The outside money “meant that people couldn’t watch TV without seeing commercials,” Kay said. “It meant that mailboxes were full of flyers and pamphlets. It meant that lies spread and personal attacks were levied publicly regardless of truth or transparency as to where the money came from.”

Yet when the polls closed on June 25, Kay pulled out a victory by more than 10 points. Grassroots support and a superior Get-Out-the-Vote operation, coupled with an affable and well-known candidate, meant the seat would stay in Democratic hands. Turnout, at more than 29 percent, was higher than expected.

“I think we saw a triumph of local politics over personal attacks and baseless rhetoric,” said now-Representative Kay.

When asked about the future of the Democratic Party in both Kentucky and the South, Logsdon was similarly optimistic. “The future of Democrats in Kentucky is more positive than many on the outside believe,” he said. “[W]e will weather our existing challenges with the unpopularity of the national party and are poised for gains once the pendulum inevitably swings back.”

Henderson agrees. “The Democratic Party used to be dominate in the South, but has receded in recent years. While they have most likely lost southern conservative whites, they will pick up demographic shifts, particularly the Hispanic vote. By 2040, Hispanics will be a plurality in Texas. The South will change in a way to benefit Democrats.”

The fight to maintain a Democratic presence in the South, indeed, will soon play out on a national scale.

In 2014, Democrats will defend Senate seats in North Carolina, Arkansas and Louisiana. A host of tight U.S. House and gubernatorial races will also be on the line. And in Kentucky, Sen. McConnell will take on (presumptive) Democratic nominee and current Kentucky Secretary of State Alison Lundergan Grimes, in what could be the most closely-watched Congressional race in the country. McConnell is a fierce campaigner and has the advantage of an established campaign infrastructure and a massive war chest, yet is hobbled by increasing unpopularity in the state.

Grimes, like Kay in the 56th district, will seek to distance herself from national Democrats and tie McConnell in with radical wings of the Tea Party. And like Kay, she will face biting personal attacks and a huge fundraising gap. The lessons of the 56th district — that dogged, local campaigning can overcome outside money — might just be the key to a Grimes victory.

That, and maybe an enthusiastic intern waving a sign for her in Nonesuch.