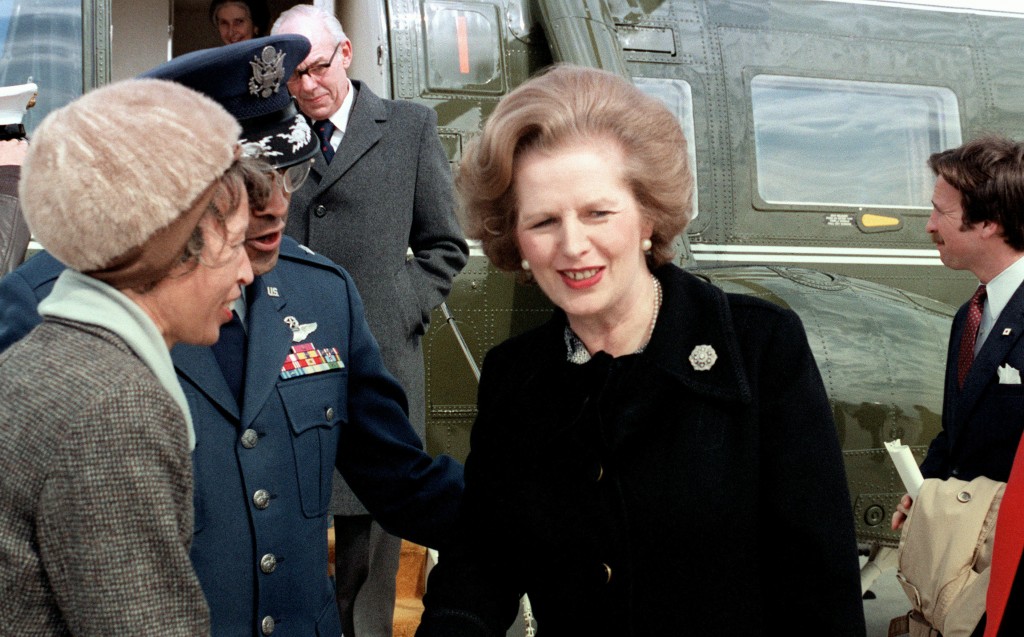 At one point in The Iron Lady, Margaret Thatcher complains, “It used to be about trying to do something. Now it’s about trying to be someone.” Yet, Thatcher certainly was a “someone.” The responses her death have been as polarizing as her time in office; newspaper headlines have ranged from “The Woman Who Saved Britain” to “Maggie Dead In Bed at Ritz.”

Since Anne-Marie Slaughter wrote “Why Women Can’t Have It All” for The Atlantic, women in leadership roles have been under a microscope. What makes a woman successful as a leader? Despite the viral status of Slaughter’s article and response pieces form every major (and not-so-major) news source, there’s no consensus. Sheryl Sandberg suggests that they need to “lean in” — negotiate and push forward.

In a response, Amity Shlaes wrote for Bloomberg yesterday that Thatcher would not succeed in our “lean-in” world today because she “paid gloriously little heed to social fashion” and “she was known as a man’s man…that same rough style might disqualify [similar women today].” Shlaes argues that today’s women network and get along with others as a strategy for reaching the top.

I don’t think Shlaes gets the point. If Thatcher, the Iron Lady, could make it to the top in a world that was unarguably less supportive of rising women, she would make it today. In a sense, Hillary Clinton faced similar criticism in 2008 as Thatcher did throughout her time in office — being too unfeminine, too ready to sacrifice family life, too shrill — and yet, “lean in” philosophy aside, Clinton was a force to be reckoned with in the State Department.

Sandberg’s “lean in” has been developed for a new generation of women: women who realize that the Thatchers and Clintons are only a few in a generation, women who are driven but also cynical, and women who are more wary of the sacrifices necessary to reach the top. Saying that Thatcher would not succeed in a world more ready to support and approve of her success is a disservice. What some women (I include myself in this group) want today is the Iron Lady result without the Iron Lady sacrifices — after all, what made Meryl Streep’s portrayal of Thatcher so powerful was that she showed the toll that loneliness takes.

Maybe instead, we should be asking if “leaning in” can fix that.

Alisha Jarwala, from San Diego, California, is the Blog Editor of The Politic. Contact her at alisha.jarwala@yale.edu. View more posts