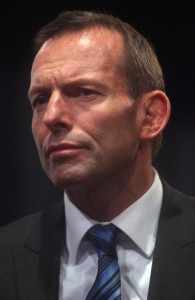 When Tony Abbott took the office of Prime Minister of Australia last Wednesday, he took office in a country facing disconnect within its foreign policy towards the two powers, the US and China, in the Pacific region.

Australia is, and traditionally has been, a strong American ally in the Pacific region. The relationship built between Australia and the United States during World War II in the Pacific Theater was only solidified during the Cold War with further military and political cooperation, with such cooperation still continuing to this day. It is exactly for this reason that Australia has been hesitant to become too close with China.

Tony Abbott’s future term could see this disconnect come to a head, depending on the future of the Chinese-American relationship in the next decade. Australia has been able to handle this disconnect because of Australia’s unique position of exporting more than it imports from China. However, as China’s foreign policy increasing grows less passive and more aggressive, Abbott could face some hard decisions.

With that in mind, in the shift to the Pacific, for the United States not to court Australia’s continued support could be a mistake for the US itself lest the US risk alienating an ally.