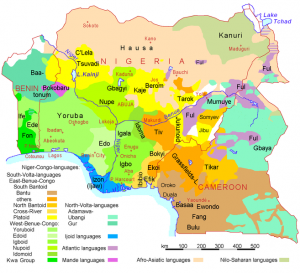 Yesterday, Boko Haram attacked the State College of Agriculture, leaving 50 dead. Boko Haram, a militant group whose name can be loosely translated, “Western education is sinful,” from the Hasau language, has been behind a major insurgent surge in the last few months. This strengthening insurgency has ranged from raids on villages to battles with the Nigerian military. As much of a threat as Boko Haram is to the Nigerian government, it is partially a symptom of even larger problems.

For years, Nigeria was plagued by military dictatorships that did little to foster any sort of democracy while simultaneously creating and entrenched patron-client networks and the corruption that came with these networks. This ineffectual governance was only compounded by the “national question,” or the question of how Nigerians wished to be governed and by whom, working in conjunction with the complete lack of Nigerian identity.

Nigeria is so divided by a plethora of cleavages, perhaps most notably ethnicity and religion (as Nigeria has over 300 ethnic groups with the largest group not even at a third of the population, while Nigeria is simultaneously split near evenly between Christianity and Islam) that for the longest time, the hope of a Nigeria national identity emerging has been shot.

The ineffective governance and distinct identities led many in the North to support Islamism (even violent strains), viewing it as a viable alternative to current governance. This seek for alternatives is the reason why a third of Nigeria’s states adopted a judiciary based on Sharia law in 2003, the first year the federal government allowed such a thing to occur. Many in the northeastern states that adopted Sharia saw Islam as an alternative to the corrupt, federal government (which had only just began to make the transition to democracy). Further displeasure and disapproval of governmental practices in Nigeria have only led to the further radicalization of some of its citizens into insurgent groups like Boko Haram.

Boko Haram exists because it seeks to fill a gap between Nigeria as it is, and Nigeria as it should be. While the Nigeria government fights Boko Haram, it should focus on more than just the military aspect of counter-insurgency; it should seek to eliminate the factors that help create this radicalization in the first place. Despite strides made in the last decade, the Nigeria government still has a long way to come in reigning in corruption, abuse, and misuse of power.

To properly fight Boko Haram is not just to deploy the military but to get one’s own house in order, for it is only when people trust the government that they will turn away from such violent alternatives.