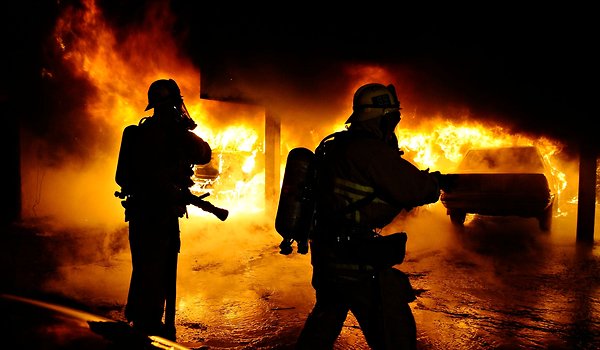 After watching enough CSI episodes, you begin to think that every criminal case can be solved with science. Somehow, in only a matter of days, there is always enough DNA or chemical evidence to prove that someone is or is not guilty.

Well, here’s a reality check: the world is not CSI. Though trust me, if every criminal case ended with the same feelings of accomplishment, satisfaction, and definitiveness that accompany every ending of CSI episodes, then the world would be a much better place. Those who are guilty are in fact pronounced as guilty, and those who are innocent are immediately released. Yet, we all know that this does not happen.

But when somehow accurate chemical evidence does find itself in the courtroom to acquit someone who was originally declared guilty, then there is reason to celebrate.

Just yesterday, Louis C. Taylor (age 58) was released from a Tucson prison after 42 years because scientific evidence showed that he did not start the deadliest fire in Arizona history. On December 20, 1970, an aircraft company was holding a holiday party for over 350 people in the Pioneer International Hotel. A fire broke out, ultimately claiming the lives of 29 people. Taylor, who had originally been in the hotel trying to get free drinks, was found knocking on doors and rousing guests to escorting them outside when the fire started. He even helped those who were injured onto stretchers.

Despite these noble acts, Taylor was sentenced to 28 life sentences on the account that he had started the fire. In order for prosecutors to prove any charge of arson, they need to first prove that a fire was intentionally set and then that the defendant was the one who set it. Apparently, neither was done in 1970.

Unlike DNA evidence, the evidence collected in most arson investigations does not yield precise results because most of the evidence has usually been lost or destroyed. Today, because there was limited evidence to prove his involvement in the fire, many people believe that Taylor was simply the victim of racism around the time of the American Civil Rights Movement. He was a black man convicted by an all-white jury at a time of racial strife in Arizona; in 1974, there was even a lawsuit that made the city of Tucson confront segregation in its school districts.

At the actual trial, there was no factual evidence that showed the fire was intentionally set. A fire investigator testified that an accelerant had been used to ignite the flames, but in reality, this finding was not even backed by laboratory tests on debris from the hotel. That’s not to mention, too, that Cyrillis W. Holmes Jr., the main fire investigator hired by the state at the time, claimed that the arsonist was a young black man on the sole grounds that “blacks…use fire for beneficial purposes.”

So, Mr. Holmes, were you suggesting that the fire was intentionally set by the only black person in the hotel (who was actually saving people’s lives) because setting the fire would somehow benefit him? Hmm, I cannot seem to follow your logic.

A few years ago, the National Academy of Sciences turned its attention to the misuse of science in courtrooms, saying that pseudoscientific theories had been used to incorrectly convict many people of crimes. The Taylor case was reviewed, and after realizing that there was neither evidence that proved the fire was intentionally set nor how Taylor could have been involved, a jury released him from serving his life sentences.

There are still countless others out there, locked away for crimes that they did not commit. And unfortunately, the innocent man never escapes from prisons like in The Shawshank Redemption. Life is too short to waste away behind bars. I’m not saying that every criminal case can be like those presented in CSI episodes, but what I am saying is that we have the technology to not only free many who have been wrongfully placed behind bars, but also to prevent many such horrendous mistakes from ever occurring again.