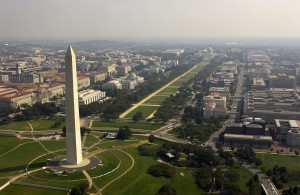 This week has been stained by violence and will be immortalized in many history books. The situation in Ukraine and the happenings in Venezuela both looked like hell. Fortunately, the flames in one of them have been put out.

Over 80 protesters had to die, over 570 had to be injured, and the Independence Square had to be turned into an inferno for the regime in Ukraine to change. The police were allowed to use real bullets along with stun grenades to counter the protesters. The demonstrators used a much more spectacular weapon: they lit up a circle of fire around the square they were occupying. As the passion and rage burned, the European Union decided to put sanctions on Ukrainian officials who caused a massacre in Kiev. Viktor Yanukovich, the president, even put into practice one of Macchiavelli’s recommendations in The Prince and dismissed the country’s top general, apparently responsible for the violence. Germany, France and Poland sent their Foreign ministers to negotiate with Yanukovich. After his refusal to resign, he was impeached on Saturday and a date for new elections was set for the 25th of May. In addition, Yulia Tymoshenko, a famous leader of the opposition who was imprisoned since 2011, was freed and joined the protesters. Ukraine seems to have been through one of its hardest moments in modern history.

Unfortunately, Ukraine was not the only violent place in the world this week: Venezuela is also being torn apart by a political conflict as the government has been trying to control the hundreds of protesters that have been fighting in the streets. The government is now blaming the opposition for the despicable insecurity and corruption that has been reining in the state along with an economy that is falling apart. They even sent out arrest warrants for the members of the opposition such as the leader of the Voluntad Popular, who has been arrested and Carlos Vecchio, a Yale World Fellow, who is now in hiding. If you want to learn more about the situation of Vecchio read The Politic‘s article by Rachel O’Connell: http://thepoliticbackend.org/wanted-in-venezuela/.

Also this week , Obama met with Tibet’s spiritual leader, the Dalai Lama, to discuss the tensions between China and Tibet. The talks took place on Friday in the White House despite calls from Beijing urging Obama to cancel his plans to see the Dalai Lama. “It will seriously damage the Sino-U.S. relations,” the spokeswomen of the Chinese Foreign ministry said. The White House press release countered that Mr. Obama strongly supports the protection of the human rights for Tibetans.

When it comes to conflict at another level, this week proved trying for American athletes in Sochi, as both the U.S. men’s and women’s hockey teams fell to Canada. Still, American athletes have won an impressive number of medals this year: nine gold, seven silver and twelve bronze.

How will the situation in Ukraine, Venezuela, and Sochi change over the course of the coming week? Make sure to watch out for the next Week in Review by The Politc.