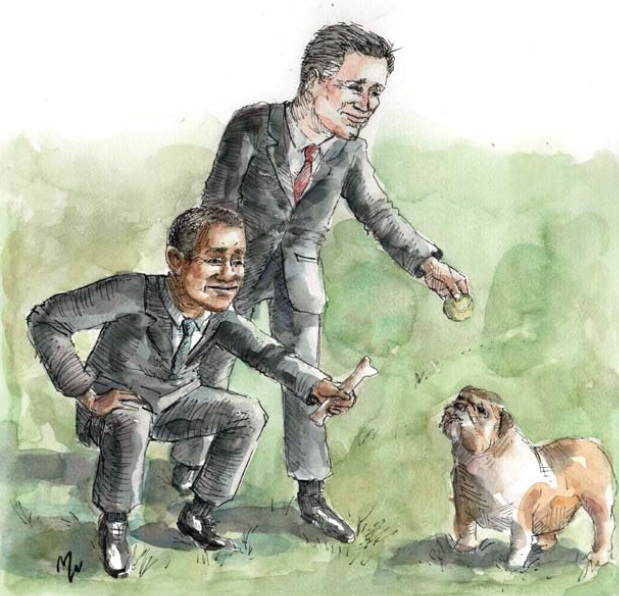 If you’re twenty, the world is your oyster, and with that Bachelor’s Degree in English Literature from Yale, you’re going to change it. Tax Day is just Wednesday, and the IRS is just a series of letters. Spending money for social programs is spending someone else’s money for social programs. “In this world there is nothing that is certain except death and taxes,” said Benjamin Franklin. If you’re twenty, neither feels like a guarantee.

But now you’re forty, you have two kids in private school, and your 401K has taken a beating. The world is merely the distance between your house and the office. Priorities have been inverted. Long ago were the rallies on college campus to protest the extinction of the Mediterranean Monk Seal. Taxes are high and you need every dollar for the gas pump.

These mundane realities are critical to the course of history and contemporary politics. The young flocked to Woodstock and rioted at the Chicago Democratic Convention. Civil Rights, Feminism, and the War of Vietnam awoke the adolescent masses a generation ago. Similarly, the Occupy Wall Street Movement drew heavily from the bottom half of the age spectrum. According to Talking Points Memo, more than two-thirds of Occupiers were under the age of 35, while only a fifth were over the age of 45. These proportions were flipped with Tea Party recruitment, reflecting a conventional wisdom. Debt and spending, pocketbook issues, attract the old. Social justice — the moral arguments against low taxes for the wealthy and vast income inequality — appeals to the young.

Yet, there’s a real difference between today and the Swinging Sixties. Where’s the passion of the young, impetuous, hotheaded masses? What happened to the spirit of sex, drugs, and rock and roll? Just four short years ago, 18-30 year olds almost single-handedly delivered Obama the White House. But with the future of this country in the balance and up for grabs at the polls, youthful passion — on either side — is conspicuously absent. Where’s our Woodstock? Where are our Convention riots? Occupy Wall Street, a movement stricken with disorganization in rank and message, petered out after a year. If $16 trillion debt and income inequality of Gilded Age proportions is not enough to provoke a sustained reaction from the youth, what is? At Yale, the students have rejected apathy, and while not in open revolt, aren’t keeping quiet either.

If statistics can be trusted, the Yale student body plans to turn out in droves to vote in the upcoming election for President Barack Obama. Of more than 500 Yale students surveyed this semester by The Politic, 93 percent of those eligible to vote say that they intend to exercise their franchise, outpacing the 63 percent of registered voters nationwide under the age of 30 who plan to vote, according to a poll by the Pew Research Center. 77 percent of Yale students say they will vote for Obama, while only 14 percent say they intend to vote for the Republican challenger Mitt Romney.

But the numbers don’t tell the complete story. Yale students don’t simply support candidates and leave it at that. Many of them also question their par- ties’ positions and disagree on policy. They don’t just say that they intend to vote, they registered others to vote – 600 students on Yale’s campus alone. They have left their dorm rooms, and even the campus itself, to participate in America’s most precious right: the right to vote for our leaders.

Yale College Democrats have fanned across the Northeast to canvass for President Obama, and seven cur- rent students took leaves of absence to work toward the president’s re-election in swing states and at campaign head- quarters in Chicago. Though smaller in number, College Republicans have, for their part, been calling and canvassing enthusiastically for Romney and for Connecticut Senate candidate Linda McMahon, who is facing off against Congressman Chris Murphy, and Mas- sachusetts Senator Scott Brown, who is in a tight race against Democratic challenger Elizabeth Warren. Judging by the breakfast discussions about various opinion articles in the Yale Daily News and by the crowds who filled the Calhoun buttery during the presidential and vice presidential debates, Yale students in general are engaged actively in the election process.

Even while managing their course loads, some Yale students are managing nearly full-time election-related duties. Nicole Hobbs ES ’14, Elections Coordinator for the Yale Dems and President of the College Democrats of Connecticut, says she has to remind herself that “the semester doesn’t end Nov. 7,” that classes and papers and exams await. That is something that Elizabeth Henry CC ‘14, Chairman of the Yale College Republicans, can appreciate, as well.

Professor Elizabeth Alexander, the Thomas E. Donelley Professor of African American Studies and Professor of American Studies at English at Yale, who was chosen by President Obama to read an original poem at his inauguration, in January 2009, said she was impressed by the level of commitment to the electoral process that Yale students have been demonstrating. “It was really great to see how the students understood that they were for the most part entering the electorate,” she said, “and with that, taking on, beginning a life-time practice, a life-time commitment of exercising that right.” She urged students to realize that “your vote is so consequential’’ and to approach their choice with “careful thinking.”

Students are active not just in campaigning, but also in thinking through the candidates’ positions. According to a poll conducted by The Politic, some cross-over thinking does exist at Yale. On economic issues (the role of government, taxes and job creation, debt and spending on entitlements) 27 percent of Yalies say they prefer Romney, which is well-above the 14 percent who say they intend to vote for him. Only slightly more than 14 percent support Romney’s views on social issues, such as abortion, same-sex marriage, education, immigration and gun control. The numbers suggest that Yalies put a heavier weight on social, rather than economic, issues. The division in support for Obama and Romney is fairly consistent across residential colleges and classes, according to the poll.

Zak Newman JE ’13, President of the Yale Democrats, said he is excited not just by the work he and his fellow Democrats are doing, but that conservatives also have mobilized on Yale’s campus. Even though Yale’s political history has been shaped by William F. Buckley and his book “God and Man at Yale” and the Bushes, father and son, Newman say that, of late, “We’ve been known to be a one-party university.” He said he believes that, “We can’t have a good conversation about where we ought to go unless both sides are represented.”

Elizabeth Alexander says that when she sees Yale students involved in the political process, it brings to mind the elderly people she sees year after year, volunteering at polling places. Yale students are at the beginning of that journey, she said, and she hopes that they go on safeguarding the right to vote—“a right that people fought for, that people died for, it’s a right that not everybody has all around the world.”

In late 2011, New York Times columnist David Brooks asked readers over the age of seventy to send him “Life Reports” — essays about their own lives and what they’d done poorly and well. Brooks went onto extract life lessons, one which may speak to Yalies and this election: “Work within institutions or crafts, not outside them. For a time, our culture celebrated the rebel and the outsider. The most miserable of my correspondents fit this mold. They were forever in revolt against the world and ended up sourly achieving little.”

The students here at Yale University, and around this country, seem to have internalized such wisdom. Our Woodstock was when we went down to Tampa, Florida and Charlotte, North Carolina for the Republican and Democratic Conventions to shout and cheer. Even in a divisive and bitter political environment, Yale students don’t riot for change, they canvass for change. After all, we’re not forty yet.

The Politic Poll was conducted by David Steiner, a freshman in Silliman College.